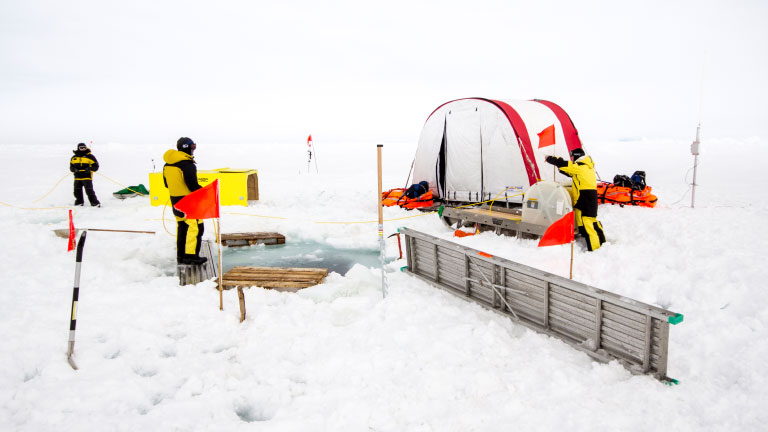 Bringing innovation and the European dream together

In many countries, R+D investment has been stagnant for over a decade and far from the levels considered to be competitive in a developed country.

In the first scene of the ingenious film Inception (Nolan, 2010), the main character explains that ideas are the most resistant and contagious of parasites: “…once an idea takes hold of the brain it is nearly impossible to get rid of it.”

The film goes on to say that, in a not-so-distant future, technology has evolved to the point where it allows other people to enter our dreams. Specially trained architects design scenes in which undercover agents are able to enter our dreams to “insert” an idea into our subconscious. To be successful, it is not enough for them to get into our superficial dreams; they must delve into the very deepest of dreams and connect with our deepest desires and feelings.

The film reminded me of the latest book by 2013 Nobel Prize in Economics winner, Robert J. Shiller, entitled Narrative Economics (Princeton University Press, 2019). You will understand why when you read the subtitle: How stories go viral and drive major economic events.

The book’s central argument attempts to understand how certain stories are capable of triggering systemic changes in the way that economic players behave and make decisions to the extent that they end up transforming the entire economy.

Innovation is the necessary condition for prosperity in developed countries

In reality, it is not an original idea. The impact of narratives on behaviour has long been studied in other fields, such as marketing, journalism, anthropology and education. Shiller now applies it to economics, introducing a new twist, because it deals with influencing the behaviour of society at large.

The author also explains that not all stories work. Much like in the film, they must connect with society’s deepest dreams. In order for them to go viral, they also need to be brief, easy to explain and understand, and be accessible to everyone.

I am telling you all this because this week the statistics are published on scientific research and technology development (R+D) in Spain, the main objective of which is to measure the human and economic resources devoted to research across all sectors of the economy.

The 2018 Nobel prize for Economics went to Paul Romer for, among other things, his studies demonstrating the impact that efficient technology policies have on countries’ economic growth.

However, in many countries, including Spain, R+D investment has been stagnant for over a decade and far from the levels considered to be competitive in a developed country. It is a similar situation across Europe as a whole. The Lisbon strategy set the goal of reaching 3% of GDP invested in R+D by 2010. Since we are still some distance away from that target, the Europe 2020 strategy set the same goal for 2020. You can see in the graph how that has worked…

(The graph is part of the report Investment in the euro area: focusing on research and innovation, published on 4 November, which I recommend reading).

However, when the Spanish Statistical Office publishes the results of the statistics on R+D this week, it won’t make front-page news; politicians won’t feel the need to explain the failure, much less resign; and no press releases or official statements will be made by the leading business forums or civic associations.

In the recent political campaigns, this issue did not come up in the debate. At most, we will hear that Spain’s problem is that companies are the ones that should invest more in R+D, as though the role of industrial and fiscal policies was not precisely to create the right stimulus so that companies would have an incentive that is not provided by the market.

It won’t be because no posts, articles, interviews, videos and graphs have been published laying out the arguments and the data. Nor will it be because other countries have also been distracted. The graph clearly shows that there have been and continue to be countries that know how to get going on this.

Science or technology can do more than increase GDP and productivity

It is worth asking where we have gone wrong, why our story has not gone viral and managed to change the priorities on this issue, which is so important for the prosperity of future generations. Without a commitment to knowledge there will be no industry nor talent, and without these two ingredients it won’t be possible to sustain our welfare state in a globalised and increasingly competitive world.

We need to innovate in our story, that we get the content right and find the right way to transmit our message.

I don’t have the answers, only intuitions – and they might be wrong. I see a society increasingly distrustful of speeches about competitiveness or prosperity, basically because they don’t see the results that they have been promised for many decades. I see that people are more and more in need of something meaningful, and less and less in need of technology.

Perhaps those of us who are committed to knowledge have to dig into the deepest dreams and explain that science or technology can do more than increase GDP and productivity, something we have already talked about directly and indirectly (just to show another graph from the same report I mentioned earlier).

Knowledge gives us more freedom as well as more prosperity. Europe’s roots are deeply embedded in the principles of democracy and respect for others, but also in the principles of Greek philosophy, Roman law, medieval scholasticism, the Renaissance, the Enlightenment and the Industrial Revolution.

I have never stopped believing that the key to our future is the commitment to knowledge, culture, the humanities and well-designed technology, which can help us to be more human. I am increasingly certain that we have to end our stories about competitiveness, productivity and GDP with other stories that trigger deeper dreams… We must innovate the story in order to connect with, above all, the very young.

We still have time.

Podcast: How supply chain transparency helps businesses thrive and how suppliers contribute to it

Accessing justice in times of coronavirus