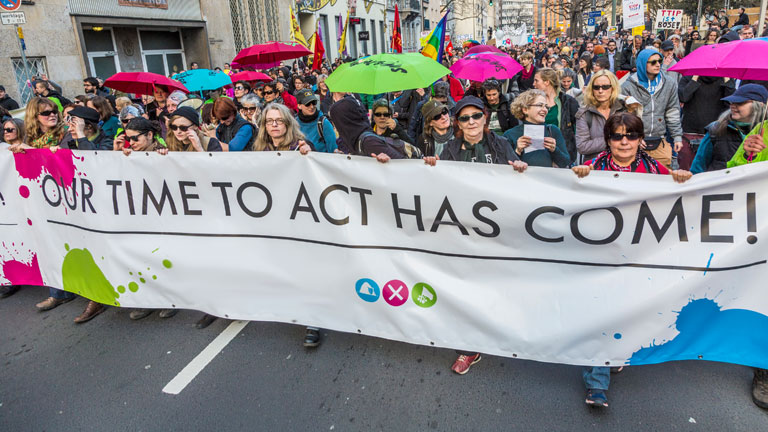 Capitalism 2.0: The age of impact

Do we believe José María Álvarez-Pallete, Telefónica CEO, when he says his main aim in forthcoming years is to humanise new technologies and stop big data and algorithms from enslaving us? Do we believe Antonio Brufau, Repsol chairman, when he commits to becoming the most sustainable energy company in the world and carbon neutral by 2050, and measuring all the impact? Do we believe Gonzalo Gortázar, Caixabank CEO, when he says he will set his bank’s €390 bn assets, plus €180 bn from Bankia, to work on impact?

Do we believe major international investors such as BlackRock and Goldman Sachs, suspected of being the world’s greatest speculators in the past, when they undertake to create impact ventures and funds worth billions of US$ and applying pressure to make boards of directors stop investing in companies that do not fulfil their climate change commitments? Do we really believe them or are these just more examples of impact washing to improve their public image?

All these discussions took place during the 7th S2B Impact Forum, 9 - 13 November, the benchmark congress about the impact economy held by Ship2B. During the week, entrepreneurs, companies, investors, the public sector and NGOs discussed this new capitalism 2.0, a new system whose aim is no longer only to ensure maximum returns for stakeholders but to give the same importance to people and the planet. It is exactly thirty years since the sustainability guru, John Elkington, coined his famous "triple bottom line" and it would seem that a little attention is at last being paid to him. Or is it all just skin-deep, like much CSR, or rhetoric never taken to heart?

There are many varieties of impact economy:

All this is part of the new impact capitalism 2.0, in which all agents pull in the same direction and are committed to the wellbeing of society. Do we believe it? Do you believe this is happening? Or is it just more smoke and mirrors in times of crisis?

Ronald Cohen, former CEO of Apax Partners and regarded as the founder of impact investment, shows us in his last book, Impact: Reshaping capitalism to drive change, an avalanche of projects and figures that are perfectly clear: the change is already happening. The phenomenon of impact investment is still in its infancy but the market has doubled in size every year since 2017. How many markets double in size every year for four consecutive years?

In the new impact capitalism 2.0, all agents pull in the same direction and are committed to the wellbeing of society

In 2020, climate change and Covid have made their presence felt quite abruptly. It’s been an impact year. If we don’t believe it now, when will we?

As Michael Porter said, business moves five times more money than philanthropy and the State put together, and it’s clear that these two agents are not solving humanity’s great problems. We need to get more agents on board, such as entrepreneurs and companies.

Cohen says we need to get US$30 trillion moving in the next 10 years in order to achieve the UN’s seventeen sustainable development goals (SDG), the plan humanity has designed to solve their great outstanding issues. Impact capitalism gets money, and the talent needed to deal with these issues, moving. Cohen does, in fact, argue that it is the only instrument able to get enough money and talent moving. We cannot achieve it with NGOs and the State alone.

Nowadays, impact investment accounts for almost US$1 tr in a financial market worth $379 tr, so there is still a long way to go. This number has to be multiplied by thirty. We need to go from projects worth millions to projects worth billions and trillions, and this is why it is so important to get major corporate players involved such as Caixabank, Telefónica and Repsol, or the current BlackRock and Goldman Sachs. They are the ones that move this amount of resources.

The impact economy does not only concern the private sector. It is particularly important when it interacts with other agents such as the public sector, third-sector entities and entrepreneurs. Different players take different risks to deal with common challenges, generating such fantastic products as blended finance, social impact bonds and outcome funds that enable these players to work together on the same scheme or product to deal with a specific social issue.

But I wonder how many people in the public sector are aware of these novel approaches? The impact economy has no political affiliation and sits well with more liberal or more social states. It complements or adds to what is already here, it does not replace anyone. The public sector’s part and active involvement are decisive for the success of impact capitalism. We have started to have success stories in the UK, Portugal and Canada where governments have made a decided commitment.

No organisation is unable to deal with impact. No one is superfluous here. It is true that some organisations have bad social and environmental practices and must be reported. However, in my experience, in almost all organisations there are good people who want to contribute to change, including oil companies, banks and FMCG multinationals, to name but a few. These large companies can also change from within and it’s important to keep pace with them and avoid those that are all hot air.

These multinationals, if they really are to be believed, might be one of the main agents of change. We must not tolerate the impact washing they sometimes practice, but we must, nonetheless, invite them to contribute to change. Both at the same time. What is more, they will have no option because they will be under considerable pressure from the impact investors joining their boards and from demanding consumers wielding their purchasing power (can brands compete in the 21st century without being social?) and the State with increasingly strict regulations and penalties. So if they don’t believe it, they’ll have to change anyway if they want to survive.

During this transformation we’ll have to become more aware. It’s not a matter of good guys and bad guys, or ideology. It’s not about singling people out and always siding with me. It’s about all pulling in the same direction.

All organisations are contradictory. Glovo, for example, is a start-up with as many detractors as fans. I think Óscar Pierre is one of the most inspiring entrepreneurs in Spain, I don’t know many people with his mindset and ability to get things done. Is Glovo an innovative start-up giving opportunities to the unemployed? Many people are not sure. Many think Glovo has an army of fake freelancers in precarious conditions. So is Glovo a start-up that encourages the gig economy and zero job security? What do you think? Is it a company that creates rubbish jobs and works the system, or is it a modern company that gives opportunities to people in hardship? A two-sided question. Does Glovo have to be good or bad? Are these the only options?

Some time ago, Glovo began playing an essential role in the distribution of medicines and all sorts of household essentials. They are signing hundreds of agreements with NGOs so they can interact with their beneficiaries. Glovo is already a unicorn worth more than US$1bn.

The employment authorities recently demanded that they sign employment contracts with their entire army of glovers. We consumers receive an excellent service (we can order anything, including food from our favourite restaurant, and we pay just a few euros. How do they do it?) After changes to legislation and pressure from investors about returns, will Oscar Pierre be able to keep his company going? In these times of coronavirus, Óscar has decided to double his social commitment and is forging great alliances with the entire health and social sector. Why does he do it? What motivates him? He is also travelling the road to sustainability with countless ventures to become a green logistics operator. Is Glovo a good company or bad? What do you think? Can Glovo be part of the impact economy?

In almost all organisations there are good people who want to contribute to change, including oil companies, banks and FMCG multinationals

"What can’t be measured is useless," said Antoni Brufau, president of the Repsol Foundation, at the end of the 7th S2B Impact Forum. The ability to measure impact is the key to success. Nowadays, it is measured little and badly. There are thousands of different ways of assessing social and environmental impact, and companies submit reports that only they understand and which are written merely as a marketing and reputation tool. This is no use.

We need international standards such as the one being drafted in the Impact Management Project (IMP). We need a new form of accounting that not only takes into account financial data but also social and environmental data like the Impact Weighted Accounts (IWA) being drafted at Harvard. We need impact audits like those conducted by the current Deloittes or PWCs for annual accounts.

We also need the incentives for corporate teams to take social and environmental impacts into account, on a par with financial performance. Only then, when we really measure impact, can we ensure that companies and their CEOs operate according to the triple bottom line.

Ronald Cohen says that in the 20th century we took fifty years to learn to deal with risk until at last we managed it. Nowadays, every investment made in financial markets takes risk ratios into account. The same has to happen with impact. Do you think we’ll achieve it?

So, dear readers, what do you think? Do you believe in capitalism 2.0? Or is it another passing fad? The good news is that our fate is in our hands.