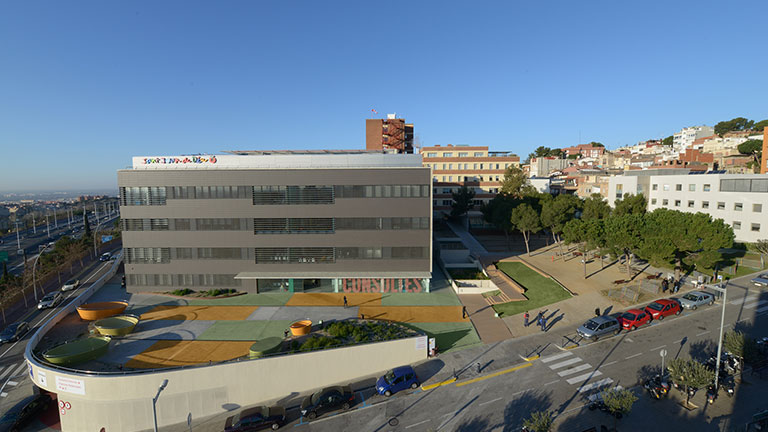 Innovating in Health: how Sant Joan de Déu has gone beyond research

When mention is made of medical innovations, most people tend to think about medical advances using the latest technology, innovative treatments resulting from the latest research, or trends in medicine that draw on the latest academic studies. Relatively few will stop to consider concepts such as improving patient satisfaction, treatment adherence or guiding the patient towards a healthier lifestyle.

All these concepts – those in both the first and the second group – feature strongly in the case “SJD Barcelona Children's Hospital's Journey to Innovation”, written by the Esade professors Marcel Planellas and Manel Peiró together with Suzanne Jenkins, a researcher at the Esade Entrepreneurship Institute (EEI), and published in the Harvard Business case library.

Through the conversations and experiences of Dr. Manuel Del Castillo, CEO of Sant Joan de Déu Barcelona Hospital, and Dr. Jaume Pérez-Payarols, the Director of Innovation and Research, the case recounts the process of transforming the structure and the culture of the hospital to turn SJD into an international benchmark, and increasing its level of innovation in order to improve the care offered to all its patients.

Having monitored the hospital over the last ten years, the authors pinpoint key elements of the change strategy, such as how SJD successfully introduced innovation as a new concept and a new practice among the staff at the hospital and achieved the objectives it had set itself.

Up until the creation of the Barcelona Children’s Hospital, SJD was not used to competing in the global healthcare market of patients who would travel to other cities or other countries to receive a specific type of medical care (such as surgery, treatment or rehabilitation).

This profile of patient, almost exclusively private, looks for treatment in the leading hospital for a particular speciality, normally seeking out the best professionals or the most innovative treatment available.

Gaining a foothold in this field was key to increasing revenue and "to achieve this, a decisive role was played by the recommendations of health professionals and patients and the reputation of these hospitals among both these groups", the authors of the case observe.

For this purpose, it was very important to attract talented professionals and win their loyalty through a new culture of innovation created almost from scratch, with very few resources and at a time of widespread cuts.

A new culture of innovation

The culture of hospitals is traditionally oriented towards research, not innovation. Aware of this, the Department of Innovation and Research, which was established in 2008, set out to create a new culture that would enable them to share, explore and develop the ideas they had and transform these into viable solutions.

“I had the feeling there was hidden talent in the hospital, that talent was being wasted. There were people who had ideas, and it was important to listen to them”, says Pérez-Payarols, who had already worked as Medical Director, in reference to promising initiatives which, due to the culture of the hospital, had not borne fruit because in the end they had not been implemented.

The culture of hospitals is traditionally oriented towards research, not innovation

The Department of Innovation and Research opted to involve professionals at the hospital in innovation projects and teams, which were defined following a bottom-up process. “Any health professional, from the most junior upwards, could propose ideas directly without having to go through their supervisor first, breaking the traditional hierarchy and involving patients and their families from the outset”, the authors of the case explain, noting that this system represented a considerable change in the dynamics and the culture of the hospital. At the same time, through the participation of the patients and their relatives, the solutions put forward were more respectful of and sensitive to their needs.

In 2018, the tangible results of the Department of Innovation could be seen in four new companies (3 spin-offs and 1 start-up), the approval of 36 of the 48 patents applied for, 180 potential projects analysed in depth, 56 active projects, 4 new utility models and 8 licenses.

As a final reflection, this case considers how the future of innovation in the hospital should be approached, offering clues as to future trends in health issues and the trends of most relevance to Sant Joan de Déu. According to Del Castillo and Pérez-Payarols, there are three strategic projects: the Liquid Hospital, 3D printing for surgery and the development of new business models.

Continuing along the path of open innovation around digital health, which has been one of the strategic objectives of the hospital since 2011, it is proposed to take a step further and go beyond the digitisation of healthcare. In the words of Pérez-Payarols: “We have gone from a paternalistic model to a participative model, and our future lies in a collaborative model”.

The pioneering experiences of Sant Joan de Déu with 3D printing confirmed what studies had already shown: although the use of 3D increased pre-surgery time, it reduced the total duration of surgery, improved safety and lowered overhead costs.

The challenge of designing totally new solutions for complex problems that affected all the departments of the hospital questions the traditional business model of payment for the services provided. The objective is to analyse value-based healthcare, a service delivery model in which payment is based on health results. For example, instead of teaching diabetes patients to treat themselves with insulin, empowering them so they can regulate the insulin through medication, diet and exercise, reducing their stay in hospital, improving results in the case of children and saving the health system money.

Innovations that are aligned with SJD Hospital's mission to cure and also care for its patients and their relatives.