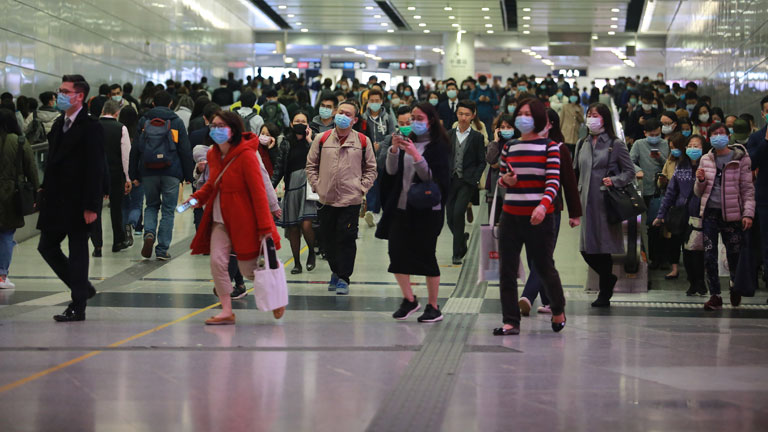 The start of the year has been extremely troubling due to the pneumonia epidemic originating in the Chinese province of Hubei. It is a new mutation of the coronavirus, the same family of viruses responsible for the SARS outbreak which destabilised the region’s economy in 2003.

However, this new strain is much more contagious. Compared to other similar health crises, the key difference is that this new strain can spread to others even before the carrier begins to show any symptoms.

A simple comparison with the 2003 outbreak will suffice to comprehend the extreme concern this raises.

The SARS virus eventually affected just over 8,000 people in the 9 months it took to control, with a 9.6% mortality rate. In comparison, just two months after health authorities detected the first case of the new strain at the very end of December 2019, more than 60,000 new cases have been detected.

Some speculate that this number could grow even further. Due to how the virus spreads, Chinese authorities have been forced to lock down entire cities and severely limit the free circulation of both people and goods.

If China’s industrial shut-down continues, this could have extremely severe consequences in terms of costs and supply for all the world’s economies

Similarly, the context in which this new health crisis has emerged is radically different.

The West is still tremendously affected by the aftermath of the last financial crisis. Today, China accounts for 18% of the world’s GDP, and its demand for practically every raw material on Earth is key, as well as being home to a significant part of the world’s manufacturing capacity in numerous industries: from textiles to manufacturing and automobiles. In addition, China is becoming a technological powerhouse in its own right.

The combination of all these factors explains the general concern regarding the costs associated to this health crisis and its consequences which may still be felt for quite some time.

There are concrete costs in the consumption category, though these always have less of an impact given that a part of that consumption will go to other parts of the economy or can be recouped over time.

For example, people who couldn’t buy a smartphone or a car last week will probably be able to do so once the economy stabilises. That said, a lot of companies will never be able to recover some types of consumption: For instance, Starbucks will never recoup the coffees it hasn’t been able to sell these last three weeks due to the shops it has had to close.

The truly relevant effects are in the capital goods area and in manufacturing. As is generally known, when a factory shuts down, it can incur extremely elevated costs. The production lines shut down, factories cancel their orders and some components that they make and which serve as inputs for other goods in the value chain do not get delivered.

These processes may or may not be affected by the coronavirus outbreak, though they may be affected if the supply chain shuts down completely.

In this situation, companies will have to make use of their existing stocks, something that is problematic for global supply chains which are increasingly guided by just-in-time principles. They too may have to shut down or make more or less severe adjustments to their production levels.

If this shut-down stretches on, they will have to look for much higher-priced alternatives. In turn, this could provoke a protracted inflationary trend given that these companies will eventually exhaust their existing stocks, putting a very important part of the world’s global manufacturing industries and trade at risk.

The key to all this is containing the epidemic now and restoring public health.

This should be the first and sole concern for the always-opaque Chinese authorities in terms of compliance.

The second important element in this equation is timing. As mentioned, this virus strain, unlike other similar ones, is much more contagious, and this has made limiting the mobility of people and goods fundamental to contain the outbreak.

As numerous journalists have reported these days, many cities in Hubei province and some in other affected parts of the country which are also key manufacturing areas are under lock and key. A drastic quarantine to attempt to stop the virus’ expansion would also cast a long shadow over global supply chains with increasingly more limited stocks.

If China’s industrial shut-down continues, this could have extremely severe consequences in terms of costs and supply for all the world’s economies.

Before these highly worrying situations affect the different links in the production chain, Chinese health authorities will hopefully be able to contain the number of infected individuals and the pharma industry will find a vaccine or treatment to keep the mortality rate at bay and thus avoid a potentially destabilising scenario.

If all this were not problematic on its own, the coronavirus epidemic has emerged at a time of record global debt, primarily in the public sector, with the world’s central banks injecting liquidity into their economies at unprecedented rates.

For example, in the U.S., the Fed has inundated financial markets with liquidity for nearly three months. Recently, and as part of the measures adopted to contain the effects of the coronavirus, the Chinese Government has also announced a new block of expansive fiscal and monetary measures.

This new influx of liquidity at a time of great inflation affecting financial assets could lead governments and central banks to assume greater risk as the “lesser of two evils”, surely taking the global economy to the brink of a new recession.

An analysis of the current economic cycle is also complex. While risks in the previous expansive cycle were concentrated in the private sector, though later suffering severe adjustments, in the current cycle which began at the end of 2012, real salaries have remained flat and risk management excesses are concentrated in the public deficit area (chronic in many countries) and inflated central bank balance sheets.

This never-before-heard-of situation with an uncertain outcome and all the doubts and concerns regarding the coronavirus outbreak could lead us to conclude that “when it rains, it pours.”