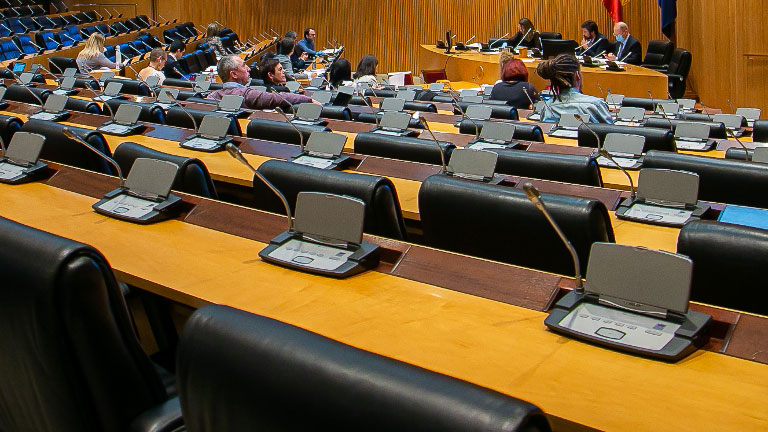 Forecasts by the International Monetary Fund herald a disaster of epic proportions for the Spanish economy. A fall of 8% is anticipated this year and, even worse, a recovery of just 4.1% next year. It must also be said that these figures are usually optimistic, as acknowledged by the FMI when mentioning that they will probably be revised downwards. Several analysts have in fact said that previous estimates underestimated the impact of the economy grinding to a halt and the ensuing fallout.

Urgent priority must be given to reforms able to trigger a faster, more effective recovery. We pulled through the previous crisis thanks to the performance of the export sector driven by the momentum of emerging economies (exports rose from 22% of GDP in 2007 to 34.1% in 2017), but without doing all the necessary homework.

This is unlikely to happen again this time due to the global fallout of this crisis and its threats to trade and global value chains. Domestic demand must now play a rather more important part, and this turns the spotlight on the policies and institutions that shape it.

I do not intend to discuss the content of the necessary policies. My colleagues at the Esade Center for Economic Policy do that. But apart from what we must do or what such policies must cover, it is crucial to address how these policies are drafted and implemented.

Some recent studies have also demonstrated a strong causal link between the quality of institutions and the robustness and dynamism of the productive fabric. In countries and regions with more effective institutions, for example, the business fabric is more close-knit and efficient.

Similarly, the survival and recovery rates of companies after the previous crisis indicate a close link with the quality of the institutions in their countries. The link is closer for small and medium-sized enterprises and also in sectors with pronounced trends in technological change and innovation.

The problem is that our country does not fare well in these studies. According to World Bank governance indicators, the quality of Spanish institutions is not only poor compared to those of the other developed countries but is also far worse than might be expected taking into account our income per capita. The evolution of these indicators since the crisis has, in fact, been negative and we are wondering which bottle necks will hinder the path to recovery most.

First of all, the capacity of our political system to reach broad-based, long-term agreements that endow public policies with coherence over time. Uncertainties are accentuated in times of crisis and one of the key purposes of the institutional framework is to reduce them by making economic policy predictable. Only in these conditions is it reasonable for companies to maintain and grow their productive capacity.

These agreements are not merely an exercise in ideological abdication but the creation of transversal policies in which evidence about what works is essential. Many countries have specific institutions that are shielded from particracy and consist of experts and social agents with a wealth of knowledge and prestige that contributes to creating such agreements. Spain has nothing like this.

Secondly, I would like to mention the ability of our public authorities to be objective and professional. Studies reveal the combination of amateurism and politicisation sometimes found in the upper echelons of the State. Víctor Lapuente's paper, for example, describes a landscape characterised by blurred lines between political and bureaucratic roles, insufficient meritocracy and an insular bureaucratic machine, all of which affect the quality of public policies.

Spain’s administrative entities are highly politicised and show a lack of the technical proficiency needed to draw up and implement the selective policies vital for recovery. According to the Cotec Foundation, only 46.4% of the budgets earmarked for R&D were actually used last year, the lowest ever percentage since records began in 2000.

Finally, it is essential to address rather ineffective public spending. Due to the increase in public borrowing and tax burdens, reforms will be essential rather than just more cut-backs that aggravate the failings of the public sector.

The performance ratio put forward recently by the Instituto de Estudios Económicos situates Spain in the medium-low performance group of OECD countries. The economists Afonso, Jalles and Venancio conclude that if Spain were as effective as the highest ranking country, it could achieve the same results with 41% less public spending.

There is considerable room for improvement, and far-reaching institutional reforms are needed in order to prioritise, implement and evaluate the allocation of resources. A democracy of quality does not just mean having the government that represents the people best, but the government that does what is best for the people.