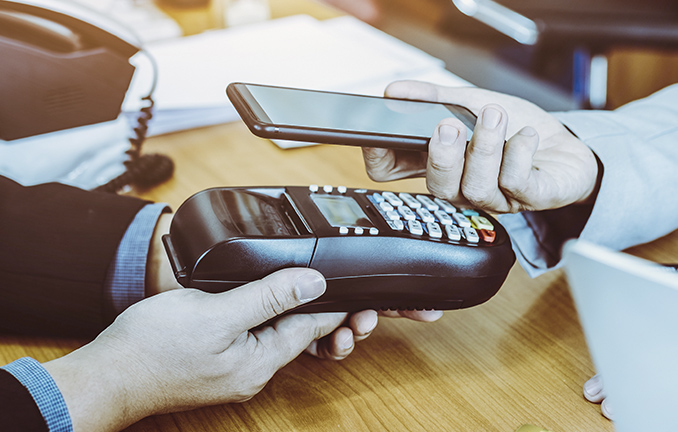 The relationship between banks and Fintech companies has become the focus of debate surrounding the financial ecosystem. In the last few years, these companies have not only changed the basis of competition in financial services, they have also transformed traditional markets.

Thanks to ongoing technological advances and the rapid development of these companies, financial services are now more accessible. Especially in those countries with fewer technical and human resources. These are some of the observations made by Eloi Noya in the online programme Innovation in Finance: Fintech and Blockchain.

When we look at the number of people in the world who have bank accounts, we find that the great majority are unbanked, especially in African, Latin American and Asian countries. However, there has been a substantial increase in access to financial services during the last 10 to 15 years thanks to the prevalence of smartphones.

In Africa, the least technologically advanced continent, more than 1.3 billion people have access to Internet and 80% of the population have a mobile device. These have been key factors in the growth of companies such as M-Pesa, the telecommunications operator based in Kenya. It has now enjoyed 12 years of success, operating in 7 countries, where it offers services such as: credit application, transfer of money from one person to another, making payments without bank accounts and redeeming e-money for cash in stores.

M-Pesa, which now has more than 400,000 agents and profits worth one third of Kenya's GDP, has ensured that everyone has access to cash operations, regardless of where they live.

Similar enterprises have emerged in China with the launch of platforms such as WeChat and Ant Financial. In a country where access to Internet is restricted, the penetration of mobile devices is very high at 100%. This has facilitated access to and use of platforms that support financial operations.

WeChat, classed as a super app, started out as a platform along the lines of WhatsApp, offering additional services related with electronic purchases and even booking taxis. It also enabled users to make small deposits, request loans and transfer money. It has been hugely successful: more than 1 billion people use WeChat and it has spawned other replicas such as the Libra project, announced by Facebook last year.

For its part, Ant Financial, is a payment platform created by the Alibaba group. It is extremely popular, but little known in the West. It emerged to play a supplementary role for Alibaba in facilitating payments on the group's platform. Originally christened Alipay, it had a very specific purpose: to generate trust among both private users making payments and traders seeking to sell their products. It was an electronic wallet.

This new payment method subsequently led to other financial services: financing purchases, opportunities for loans and deposits, and investment funds. It offered all the services of a bank without being a bank. In response to this new model, the Chinese regulators saw fit to take action in 2014.

The regulators simply ordered the group to separate its financial services from its commercial operations. And this was the origin of Ant Financial, which then became a public company. At present, it has a stock market value of USD 150 billion, it is one of the ten most important financial companies in the world and its success is directly linked with the use of mobile devices. In this respect, it is widely predicted that in approximately three years it will become one of the top three or four financial platforms worldwide.

Finally, Latin America has witnessed the growth of numerous fintechs which have steadily made inroads into this unbanked sector. Increased regulation in this field has encouraged the appearance of platforms in all possible vertical markets: these offer payments, financing and they help users to find the best possible investment fund. Although this is a widespread phenomenon, there are some countries in particular that are experiencing a boon. Such is the case of Mexico, which has seen exponential growth in these services since 2018, and also Brazil, home to one of the largest Fintech revolutions worldwide.

The driving force of the Fintech revolution can be felt all over the world, but particularly in those emerging countries in which, thanks to these new services, thousands of people are reaping the benefits of financial inclusion. This goes to show that innovation is not limited to the first world, but can also be found in developing countries. This revolution is spreading at an unprecedented pace thanks to millions of interconnected users around the world. It will mark a turning point in history and it has clearly favoured financial inclusion. The urgent demands made in recent years by the International Monetary Fund (IMF) add further support for this inclusion.