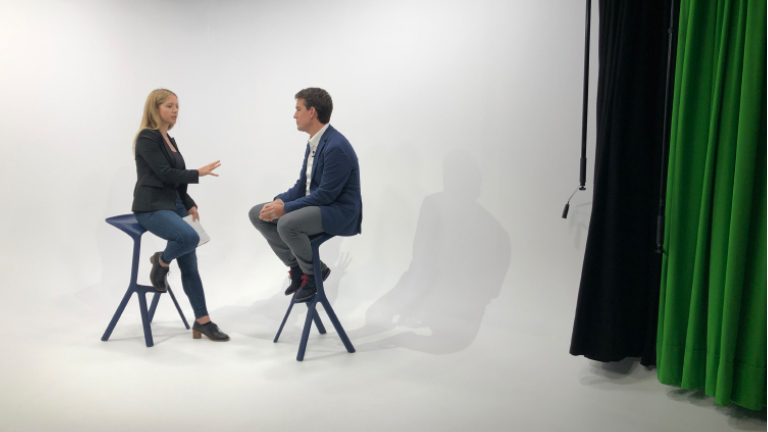 November 2019 9 min read
Update Required To play the media you will need to either update your browser to a recent version or update your Flash plugin.

Is it true that women have a harder time advancing in the academic world? Some statistics speak for themselves: of the 892 Nobel laureates, only 48 have been women. Several research studies have demonstrated that gender bias in academia is more pronounced than one might think and that there is still a long way to go to break the glass ceiling.

In this podcast, Esade Associate Professors Pedro Rey Biel and Ivanka Visnjic explain why climbing the academic ladder is still harder for women.

Pedro Rey: Hello, I'm Pedro Rey, a professor of behavioural economics at Esade. I’m with professor Ivanka Visnjic to talk about gender bias in academia. Hello, Ivanka. Why don’t you start by telling us about your personal experience and your perspective on the situation of women in academia?

Ivanka Visnjic: Hi, Pedro. Sure, it will be my pleasure. I just recently got promoted to the role of Associate Professor.

Ivanka Visnjic: Thanks a lot. Well, actually it has been a year, but it feels like yesterday. I want to focus on that particular part of the career experience for women: the transition from assistant professor at the entry professorship position to obtaining associate professorship or tenure in academia. I think this is a pivotal position for women where many women actually struggle through the process. From my personal experience and that of some female colleagues, I think it comes down to two particular gender roles that are setting women up to fail or to be less likely to succeed in the process of tenure.

The first has to do with women being socially conditioned and also expected to be humble. I think that creates challenges in the teaching environment. Students tend to evaluate humbleness and confidence highly, particularly when you're just starting your teaching experience. This generally leads to lower grades for women when it comes to student evaluations.

Female professors are discriminated against by both female and male students

Pedro Rey: It’s shocking that you still get this result even though female academics are self-selected. Less confident women are less likely to go into academia. So, the fact that there is still a difference between the two is even more striking.

Ivanka Visnjic: Absolutely, and we have very strong, statistically significant results. A study of about 20,000 student evaluations shows that women are discriminated against. Female professors are discriminated against by both female and male students, and especially by male students. This is particularly challenging for young female faculty. So, what does this mean? Women tend to get lower student evaluations, so they need to invest more time in teaching preparations, which decreases their time for research, which is what they will eventually get evaluated on.

Pedro Rey: Research is so much more important for tenure.

Ivanka Visnjic: Absolutely. Tenure decisions are mainly made on the basis of research.

Pedro Rey: Also, unfortunately, the tenure-track decision comes at a time when we have been struggling with our PhD and postponing other decisions in life. But then we have a second PhD: the tenure process. By the time we want to have kids and raise a family, if we want to have tenure at the same time, it's a big problem.

Ivanka Visnjic: Absolutely, and that again is something that is more challenging for women because the time when they obtain tenure coincides with the time when they are supposed to be starting a family. And it is harder for women on a biological clock to postpone those decisions than it is for men. But besides teaching and biased student evaluations, there is another factor that aggravates the position of women throughout tenure: the female role of being empathetic and helpful. Women are more likely to be asked to make institutional contributions that are not evaluated or rewarded during the tenure process.

Pedro Rey: But they are expected to do so.

Ivanka Visnjic: Women are expected to do more and say no less often. This is something that tends to put time pressure on women, when they could be devoting time to their research.

Pedro Rey: How much do you think this has to do with what society expects from women? How much might it actually be due to sociological or biological differences? We don't know, but we have different gender roles and behave differently. In the literature on gender competition, some experiments show that when women are asked to either compete or perform some competitive tasks with their male peers, many prefer not to compete, while men go the other way around.

Some experiments show that many women prefer not to compete, while men go the other way around

Another result shows that when you force women to compete, their performance actually decreases with respect to what they would do if there was no competition. So, I guess this can be translated to the competitive labour market. Perhaps part of the gender wage gap could be driven by science. If the labour market is competitive, women might be choosing not to compete. Or perhaps they are not as good at competing. Up to what point is this a stereotype? Or is this something that is actually there?

Ivanka Visnjic: I think it's a mix. To a large extent, we see social conditioning – the way that girls and eventually women are raised to behave. I think this is particularly pronounced in women having to be nice and humble as opposed to presenting themselves as competitive and aggressive. If you're a confident woman, you often get called a witch.

Ivanka Visnjic: I think that there is a lot of social conditioning. Much of it has to do with how we are raised as women and how society expects us to behave.

Pedro Rey: Especially because in academia you're not expected to be humble. Female academics are expected to do two incompatible things at once. You have to be humble, but at the same time you have to publish and do research. A recent study showed that even when you control for quality, when we are evaluated on our research, or when we submit a paper, or when we want to get into conferences, women of the same calibre as their male counterparts get fewer citations and are published less often. Maybe we are asking women to do way too many things that are actually incompatible.

Ivanka Visnjic: Definitely. Altogether, 48 Nobel Prize winners are female and 844 are men. Quite a substantial difference. It seems that research is where women suffer the most.

Pedro Rey: What could we do about it?

Ivanka Visnjic: There is a combination of measures, some short-term and some long-term. I think one thing that is very important is to have more female role models speaking up about how they manage their tenure process as well as other parts of their career track. And also educating and helping younger women in the profession. It is a matter of making it clear and acknowledging that this difference exists and making sure that students know that they tend to be biased towards women.

Pedro Rey: You mentioned that even women are biased against women and they may not even know it.

Ivanka Visnjic: Absolutely. I think there needs to be a lot of awareness-building for students, as well as mentoring and coaching of young female professors. There could also be some short-term measures that are potentially controversial, like quotas, but maybe they are needed to a certain extent.

Pedro Rey: Sure. I'm actually a member of No sin mujeres (Not without women), an initiative where many social scientists declare that they will not participate in expert forums or workshops unless there's at least one woman. This is a very mild measure, but it created a lot of controversy because people were saying: “Oh, but what would happen if there is no woman that is as good as men, and then we are forcing a not-so-good woman to be there?” I thought it was kind of bogus. It is not that difficult to find females as good as or even better than males. I don't know if the solution is to go all the way to imposing quotas or what those quotas should be. But yes, forcing them a little bit after all these years in which men have had prevalence – I don't think that's a big problem.

Ivanka Visnjic: I think we already know that there is a bias that favours men. I think measures that level the field to a certain extent are going to be helpful in the long run.

Pedro Rey: Very good. Thank you very much for being here with us. We’ll see you in another Esade podcast.