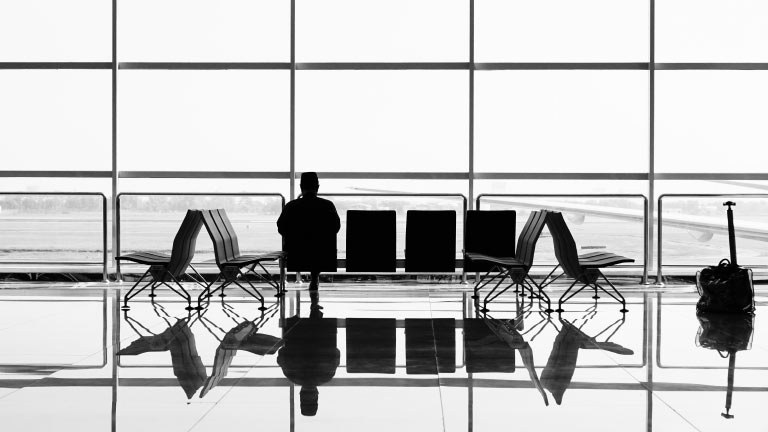 The dark side of foreign experiences also affects students.

This article is based on research by Jordi Quoidbach

The 21st century is undoubtedly the most multicultural period of human history. Numerous managers not only take the initiative to immerse themselves in other cultures but also urge their employees to do the same. Graduates are encouraged to participate in programs abroad, and the number of international students worldwide is expected to skyrocket to between 7 and 8 million by 2025.

Foreign experiences are no doubt trendy. But research by Esade Associate Professor Jordi Quoidbach in the Journal of Personality and Social Psychology proves that these experiences can come at a moral price.

"Prior research has focused on the bright side of foreign experiences and how they can increase creativity, decrease bias and improve trust. We wanted to explore whether these experiences abroad also possessed a dark side," says Quoidbach.

People increase their tendency to behave unethically after living abroad

In their findings, the researchers argue that one unexplored, yet important possibility is that living abroad leads individuals to think and act in a morally flexible and relativist manner: "Although foreign experiences empower people to break mental rules, they may also dispose people to bend moral standards, thereby increasing their tendency to behave unethically after living abroad."

The authors ran eight behavioural studies with managers and students to understand when and why foreign experiences can lead to immoral behaviour after living abroad. In the experiments, participants were asked to perform multiple tasks and try to solve specific problems, with the incentive of a bonus or a gift if they solved the tests correctly.

In one of the studies, high-school students were offered a chance to win an iPad by completing a series of anagrams, one of which was impossible to solve – students who reported solving it were cheating. Participants were surveyed before, during and after a 6- or 12-month study abroad programme. Before going abroad, 30% of the students cheated on the task. After 12 months abroad, cheating increased to 48%.

As the antithesis of moral absolutism, moral relativism dictates that right or wrong are relative because moral beliefs are subjective and vary from culture to culture. "We hypothesised that because the well-traveled are accustomed to being immersed in different cultural environments, they tend to develop a more flexible sense of right and wrong. In other words, they are more susceptible to moral relativism, which has been found to result in immoral behaviour."

People who adopt moral relativism have more relaxed moral standards in general, and thus also have greater tolerance toward both one's own and others' transgressions.

"As people abroad come into contact with foreign cultures, they may learn to appreciate that different cultures uphold different standards on the same moral issues, and consequently, they interpret moral rules and principles as culturally based rather than absolute. In our experiments, we demonstrate how this relativistic approach makes people increase their immoral behaviour after living abroad," the authors argue.

Not all foreign experiences induce moral relativism to the same degree. The level of immorality varies depending on the number of countries people have visited. The results show that participants who had visited more countries were more likely to cheat on the tasks, even if there was no monetary incentive for the immoral behaviour.

In one study involving MBA students, the number of countries participants had lived in – as opposed to the amount of time they had lived abroad – positively predicted their willingness to use immoral negotiation tactics.

Although foreign experiences can indeed foster creativity and innovation, education and business practitioners should be aware of the moral slippage that can come with extensive overseas travel. Companies should think carefully before assigning several overseas postings to the same manager in close succession.

"We propose that one way to counteract potential unethical behaviour is for companies to reinforce moral absolutes by committing to values and codes of conduct. For example, organisations could resort to severe punishments if their members cross a firmly espoused moral line. This way, individuals would be conscious of the terrain wherein they should not travel," the authors conclude.

What will you do today to enhance your legacy?