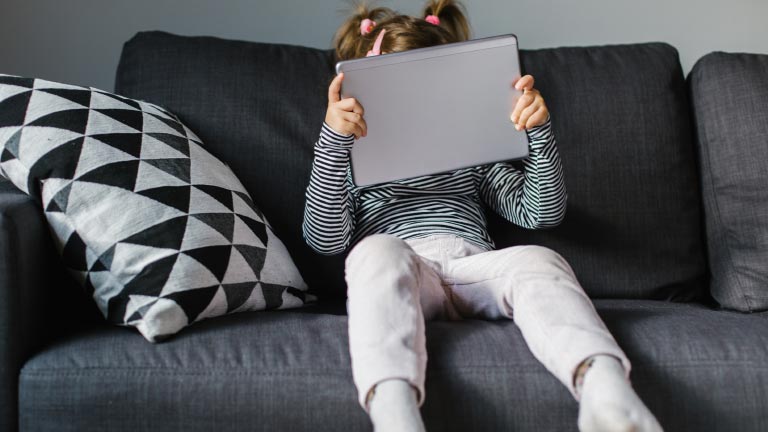 8 reasons why children grow up more (or less) materialistic

Why do some children grow up more materialistic than others? Who or what is to blame for this?

This article is based on research by Mònica Casabayó & Juan F. Dávila

Esade professor Mònica Casabayó and her research colleague Juan Francisco Dávila reveal eight key factors affecting materialism in children. Published in the Journal of Consumer Affairs, researchers analysed a large sample of children aged between 8 and 12 in Spain, using structural equation modelling methods. Their research results are part of a larger research project that will continue to deepen knowledge and delve into several other areas of materialism in children.

"One of the main conclusions is that external factors, such as school type, media exposure, peer influence and celebrities, are by far the most clearly linked to children's materialism," says Casabayó.

"Our research reveals that in Spain, parents have lost much of their power to influence their children's attitudes toward consumption, and that peers, advertising, media icons and schools play a major role in preventing or promoting materialism in youngsters."

Children growing up in disrupted and single-parent households experienced only slightly higher levels of materialism compared to children in nuclear family households. "Children of disrupted families in Spain are a bit more materialistic but the difference is not significant," says Casabayó.

Parents' communication with their children does not affect a child's materialism. For instance, when children want to buy products and parents say no, or when they tell their children what products they should or should not have, research revealed that none of these factors contribute to increase or decrease materialism.

Education can have a significant effect on materialism. "Our data show that children in religious schools were less materialistic than children in secular schools," state the authors. "Religious schools may influence children by putting over a world view where spiritual ends are more important than possessions."

Are some children more predisposed to believe TV commercials than others? Researchers measured children's attitude towards TV ads based on three questions: 'Ads make me want to have more toys,' 'Ads always tell the truth' and 'Ads tell me about what things I should have.' "Children who strongly agreed with these questions were more likely to believe TV advertisements and be influenced by these," says Casabayó.

Admiring celebrities has a direct impact on children's materialism. Boys and girls who wanted to "be as smart as movie idols", "as stylish as people appearing in ads", "as trendy as models in magazines" or "have the lifestyle of celebrities" were significantly more materialistic than those who did not want to imitate celebrities.

"Our results seem to validate the hypothesis that materialism stems from feelings of insecurity and exposure to materialistic models and values," says Casabayó. "Susceptibility to peer influence was highly correlated to materialism, suggesting that insecure children who strive for peer acceptance are more likely to become materialistic."

How can this research benefit society and teaching?

These scientifically-proven research results could help government agencies, schools, practitioners, families and children boost awareness of the consequences and risks of materialism in their life.

"Our research suggests that efforts aiming at preventing materialistic attitudes in children could achieve better results by working on specific factors, such as their capacity to question TV ads and their tendency to admire celebrities. Parents and educators can work on their children's trust of TV ads and make them aware of advertising's selling purpose from a very early age, in an effort to diminish the effect of TV viewing on materialism," conclude the authors.

Master of Research in Management Sciences