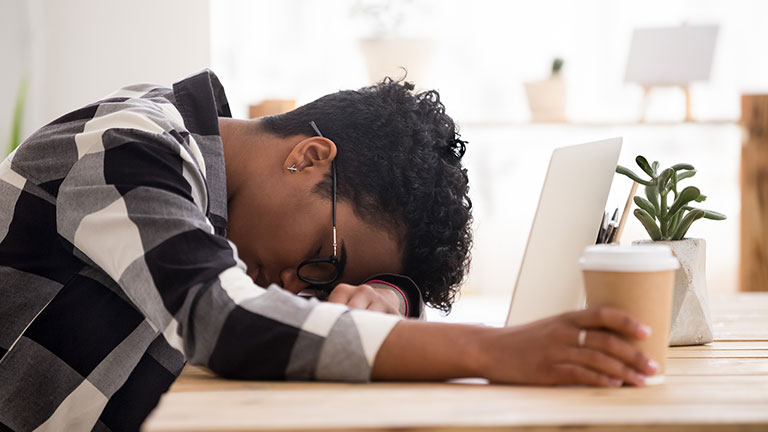 When the end of August comes, people begin to talk about post-holiday syndrome, a familiar phenomenon that emerges every year, accompanied by a host of messages, such as preparing to return to school and getting back into the routine. Starting to work again is not the same as going back to school after nearly three months of holidays. Many children will say that they were wanting to see their friends again and begin the school year. However, few employees show the same excitement when the time comes to go back to work.

The new technologies have wormed their way into many workers' holidays, thwarting their plans to disconnect. Not to mention those who work from home and who have not been able to spend any time away from their workplace. Switching off in these circumstances would appear to be impossible.

It was all a little different a few years ago. Office staff would turn their computer off and then turn it on again about three weeks later, praying that they wouldn't find an avalanche of emails. But nowadays, many arrive back knowing full well what they will find in their inbox, because they have been checking it every day.

The new technologies have wormed their way into many workers' holidays, thwarting their plans to disconnect

This year, there is a new development, insofar as some companies have decided to call staff back into the office after many months of working from home, beginning in September. So workers will have to adapt to both a return to work and to their new, or old working environment, depending on how you look at it. In some cases, firms began to combine working from home and working from the office months ago, so in theory the adaptation process will be easier.

At all events, clearly every return will be different, because no two people are alike, so generalisations about post-holiday syndrome cannot be made for all workers. People suffer from this syndrome to varying degrees, and obviously it also depends on the degree of job satisfaction experienced by each worker, which will affect how they approach returning to work.

Although each individual will draw on their own resources to make the return less traumatic, here are some highly practical tips:

I would like to end with some words from the great Gabriel García Márquez, who said: "Don't cry because it's over, smile because it happened." Having now returned to work, I could not agree more.