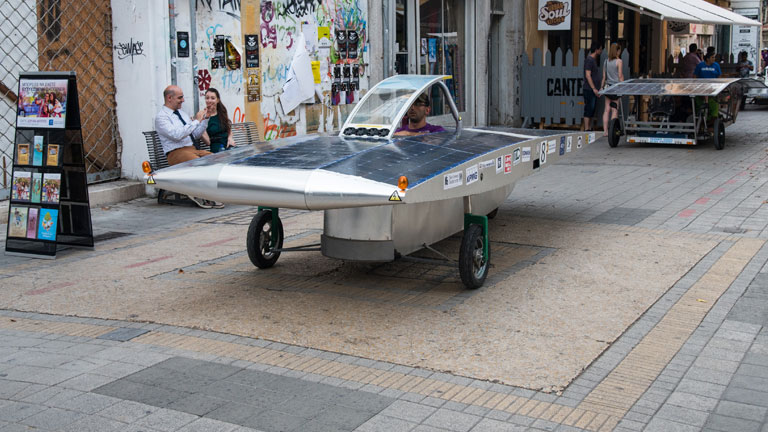 Article based on research by Lisa Hehenberger

Why do some ideas become dominant within a particular sector, industry or field of study, while other ideas are discarded, ignored, or simply go unnoticed?

To get answers, Lisa Hehenberger (Esade), Johanna Mair (Hertie School and Stanford University) and Ashley Metz (Tilburg University) looked at impact investing in Europe from 2006-2018 as a case study.

Ideas are a key way of maintaining power without explicit force. Although research focusing on actors or organisational systems helps us to understand power dynamics to a certain degree, ideas have not been given the same priority.

Hehenberger and her co-authors were therefore interested in the way the process of developing ideas through conflict or contestation shows how systemic power can be established and maintained.

Their findings have implications for understanding how decisions are made, how power is consolidated, and how changes in institutions happen.

The ideas of impact investing

Impact investing is a relatively new form of investment. Investors contribute capital in businesses that seek considerable social and environmental impact along with positive financial returns. As a field, impact investing focuses on building scalable and independent businesses and there is a strong focus on measuring progress and impact.

Key actors in the field of impact investing commonly have experience in the sectors of philanthropy, venture capital, government and banking. Ideas from these sectors tend to form the basis of the values, norms and regulations that govern impact investing.

Hehenberger and her colleagues used an original approach in their study to gain key insights. They believe this could be an alternative way for other researchers to conduct primary research. Using an inside-out approach, in which one researcher was already working in the field of impact investing, allowed the research team to understand how interactions between people working in the sector shape ideas.

There is a key difference between this method and similar ones: here, the insider researcher is someone actively working in the industry, rather than a temporary visitor who simply observes from the outside, without prior practical experience. As such, the research results are more robust since the “outsider” researchers interact with the “insider” to continuously test and revise assumptions. This is still something relatively new, since many researchers continue to look at institutional change processes retrospectively rather than in real-time.

The insider researcher is someone actively working in the industry, rather than a temporary visitor without prior practical experience

"Insideout" research also provokes debate about what is considered to be relevant research in management and organisation studies. Having practitioners involved in research design and implementation is not always recommended, because practitioners have their own set of assumptions and biases. However, in this case, the insider (Hehenberger) was also an academic and the collaboration and interaction within the research teams mitigated potential biases.

The authors believe that engaging constantly and deeply with both the material to be studied and with people currently active in the field provided benefits. Specifically, it gave them insights that would have been difficult to observe using only quantitative data, or by only using an "outsider" researcher.

The life, death and rebirth of ideas

The study also contributes to our understanding of how institutions change. While the researchers discovered that values, norms and ideas are a result of constant evolution, they also found that outcomes are not a given. That is, there can be alternative decisions and outcomes if alternative ideas are prioritised instead.

They also found that lost ideas don’t always stay dead; the researchers noted that discarded ideas were sometimes revived and reintroduced for discussion.

The authors found that ideas such as democracy, inclusiveness and cooperative ways of looking at social issues are formed and expressed by actors in impact investing. Yet ultimately, these ideas are often sidelined and ignored.

They conclude that suppressing ideas is a key way to favour some ideas over others, and create and establish norms, thus a mechanism of systemic power.

The team identified three main ways that ideas are typically suppressed: by devaluing them, by prioritising means over ends and by simplifying them.

Suppressing ideas allows people to justify what is given priority. It also limits debate and possible options for decision-makers. Controlling ideas controls culture, which in turn limits possibilities – for better or worse.

Equity crowdfunding: a risky business for entrepreneurs and investors?