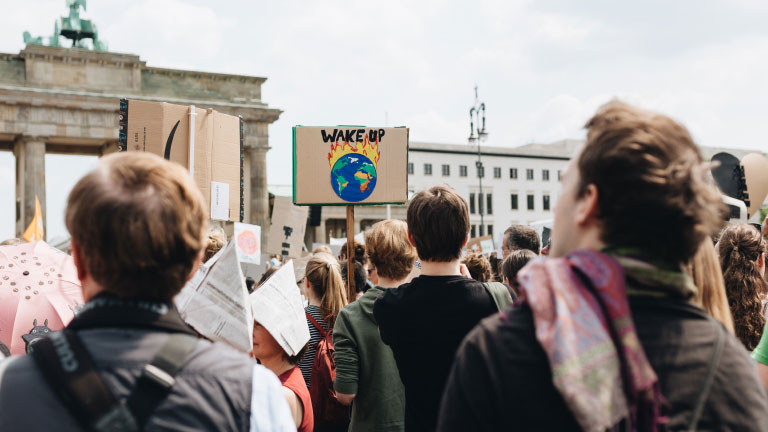 Can individual consumers determine the success of a boycott?

This article is based on research by Tobias Hahn

What's the key to a successful boycott? Most boycotts fail: companies have overwhelming power compared with the consumers who ask them to behave more fairly by refraining from purchasing their products. The reasons for this failure are diverse and complex, but most boycotts suffer from two issues: free-riders and the small agent problem.

Free-riders are consumers who are not willing to participate in the boycott but will benefit from its success. The small agent problem is the challenge that consumers who are willing to start a boycott face before the number of boycotters grows large enough to cause trouble for the company.

Researchers have usually analysed these problems from a cost-benefit perspective. If consumers feel that the benefits of a successful boycott are higher than the cost of participating in it, they might participate. If it's the other way around, they are less likely to join the boycott. This applies for nearly all consumers.

However, according to Esade Professor Tobias Hahn, rather than just joining a boycott on a cost-benefit basis, some consumers have much more influence.

In a paper published in the Journal of Business Ethics, Hahn and his co-author Noël Albert of Kedge Business School analyse the influence of strongly reciprocal consumers on other consumers and boycott-targeted companies. Many consumers are self-regarding: they join the boycott if the benefits outweigh the costs. These consumers are more likely to become free-riders and impede the success of the boycott.

Many consumers join the boycott if the benefits outweigh the costs

Other consumers, however, will participate in the boycott even if the costs outweigh the benefits. These consumers are motivated by reciprocity. Evidence from economic experiments shows that 40-60% of people are willing to respond to friendliness with friendliness and to punish those who are unfriendly, even if this comes at an additional cost. In other words, they behave as strong reciprocators.

Strongly reciprocal consumers focus more on the expressive benefits of a boycott - the emotional experience, the opportunity to express their values or to display anger towards the contested practices of the target firm - rather than the instrumental benefits (ending the company's contested behaviour). For them, punishing the misbehaviour of the target firm is a value in itself. Even more importantly, these consumers are willing to encourage other consumers to participate in the boycott.

Reciprocal consumers are the key to any boycott

Research suggests that people of this sort can influence self-regarding consumers to behave according to social norms. In one set of experiments, people were asked to split a given sum with another player. When one player was able to punish unequal offers by reducing his or her own payoff, self-regarding players tended to be more fair in their offers. "The threat of negative sanctions by strong reciprocators makes it rational for self-regarding actors to issue fair offers to avoid the sanctions and the associated loss of their share," explains Hahn.

Moreover, reciprocal consumers are more sensitive to unfair practices by companies. Perception is key when it comes to starting or joining a boycott. Self-regarding consumers are very sensitive when they are harmed by unfair practices - such as unfair marketing practices or price increases - but not in cases that do not affect them directly. Reciprocal consumers, however, are willing to retaliate on behalf of third parties affected by a firm's unfair behaviour, even if they are not affected.

Internet and social media have offered visible platforms where boycotters can blame those who do not participate in a boycott and build a sense of community among boycotters.

Although the boycott literature suggests that individual consumers have little incentive to engage in boycotts because they are unlikely to have an impact on the targeted firm, Hahn believes that "strongly reciprocal actors can produce a robust stock of boycotting" that can overcome the high starting costs of these collective actions. This perspective "reempowers individual consumers, in contrast to the futile position described by the cost-benefit approach," explains Hahn.

Hahn's research could help companies gain a better understanding of consumer behaviour in response to contested business practices and help NGOs - which play an essential coordination role in boycotts - to induce these committed consumers to exercise their influence and help boycotts succeed.

As an example of a successful action led by an NGO, in 2011 Greenpeace launched a boycott against KitKat, a Nestlé brand, for using palm oil from sources that might be destroying orangutan habitats. Greenpeace gave consumers easy-to-use materials and called for action through Facebook. Thousands of users responded by posting critical comments on Nestlé's Facebook page, which eventually turned into a platform for sanctioning the company as well as regular consumers.