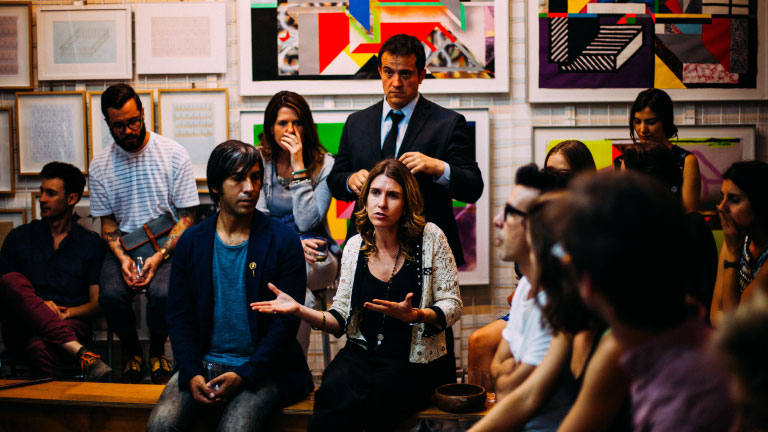 What is the significance of cultures in organisations, and can we speak of a single organisational culture?

Looking to the future, it quickly becomes clear that coping with a variety of cultures will be a significant task for future leaders. Culture is becoming increasingly difficult to manage. It all boils down to giving meaning to what is happening at present and envisaging what is desirable and possible both now and in the years to come.

Organisational culture has long been regarded as an aspect of an organisation that is separate from its structure and strategy. Culture is supposed to involve fundamental values and processes that steer people's behaviour and perpetuate established patterns.

This outdated view can still be seen in politicians' and managers' declarations that a change in culture is necessary to address wrongs or to keep pace with the competition.

Organisational changes give rise to emotions and uncertainties

Organisational changes always give rise to emotions and uncertainties. It is all too easy to blame this on the organisation's culture or on people's innate fear of change. In many change processes, attention is given to the strategy and structure of the organisation and much effort is invested in the adaptation of working processes.

The way in which changes are effected receives less attention and the question of what the change means on a personal level often remains unanswered. It is not unusual for people to exhibit insecure behaviour if the management fails to deliver clarity regarding how changes are to be made and what is expected of those involved.

That the changes then proceed with difficulty is not the fault of the culture but rather of the clumsy approach of the management team leading the changes.

A more modern view of culture sheds light on organisational identity. Culture as identity alludes to deeply engrained characteristics of a company as a working community. It also reflects the organisation's strength and idiosyncrasies.

In this concept, the organisational culture comprises several levels. The deepest level concerns stable basic assumptions about human collaboration, mutual relationships, the relationship between people and nature, what does and does not work, the state of the market and what threats are posed. These basic assumptions constitute the foundation for values and norms regarding what is right and proper and what is not.

These values and norms constitute the second level, which is nourished and maintained by stories and myths, by the behaviour of the managers, and by the way in which people work together and develop knowledge.

Striking a balance between stability and renewal

Visionary enterprises are successful because they are able to create a balance between preserving the core and stimulating renewal. Culture is thus no longer a static concept.

Managers who work simultaneously on continuity and renewal know the company's history, appreciate the past and empower the company for the future.

Companies that are successful in strategic and cultural renewal are clear about what they stand by and what they are going for.

These professionals develop a cultural agility that enables them to adapt well to local cultural differences. These societal and demographic developments make it easier for organisations to globalise and to work with international virtual teams with regard to, for example, product and market development.

Culture as a conflict of values

It is an illusion to think that all people in an organisation always share a given organisational culture and that people agree on the cultural values and norms that guide behaviour. Cultural differences between departments and professions simply exist in organisations.

Culture can therefore be considered as a series of conflicting values that create tensions. Within organisations, some groups pay more attention to control and monitoring, while others concentrate more on cooperation and stimulation.

Cultural tensions as a source of renewal

Making diversity visible and making conflicts and underlying fears amenable to discussion can be a source of renewal.

Leaders in cultural change are prepared to make inconsistencies discussable. They involve themselves in the conflict and make it possible to discuss rivalry between groups and undesirable behaviour. They also make very clear what they definitely do not want. By expressing values and standards of behaviour, they create space for people in the organisation to come up with their own interpretation of their behaviour, permitting the perpetuation of difference.