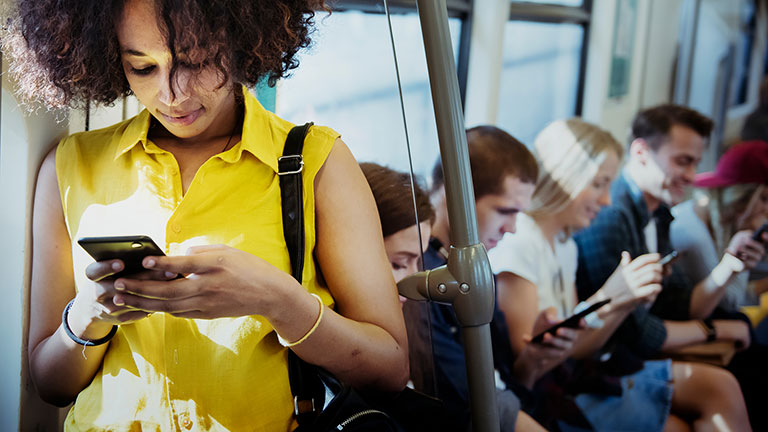 The rapid increase in the use of Internet and especially of social media worldwide has created a fertile ground for digital herd behavior. This is both an opportunity and potentially a major threat for companies as scrutiny of their actions (or even perceived positioning) can have serious financial, demand and reputational effects. Digital herds can impact enterprises in various ways, notably including through stock prices, asset bubbles or boycotts and other negative campaigns. The dynamics we have recently seen around social media and the herd behavior that it enables indicate that this fast-evolving scene bears watching for challenges as well as opportunities.

The growth of social media usage reached a reported key point in 2020 as it passed the 50% mark of the global population. Considering that about 17% of the world’s population is younger than 10 years the relevant “over half” threshold had been reached by 2019. Social media usage is not just reflecting Internet access—it is growing faster than Internet usage and quickly catching up with it (well over 90% of Internet users are using social media regularly). 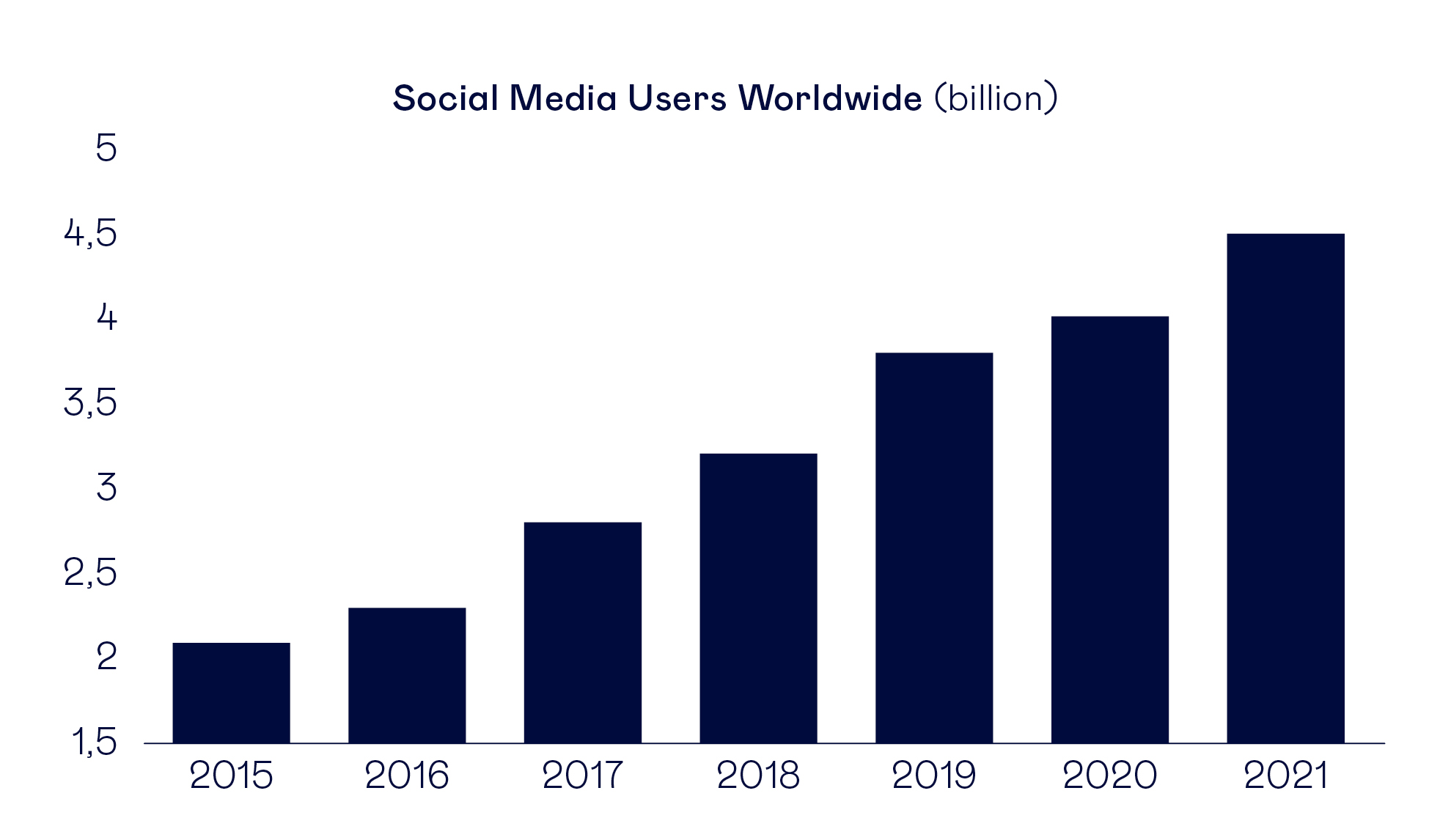 Another significant development is the shrinking age gap in social media usage which has gone from 70 percentage points down to 40 over the last decade in the US—but similarly in many other major countries. The implications of these changing demographics of social media usage are very significant, including for markets and information flows. 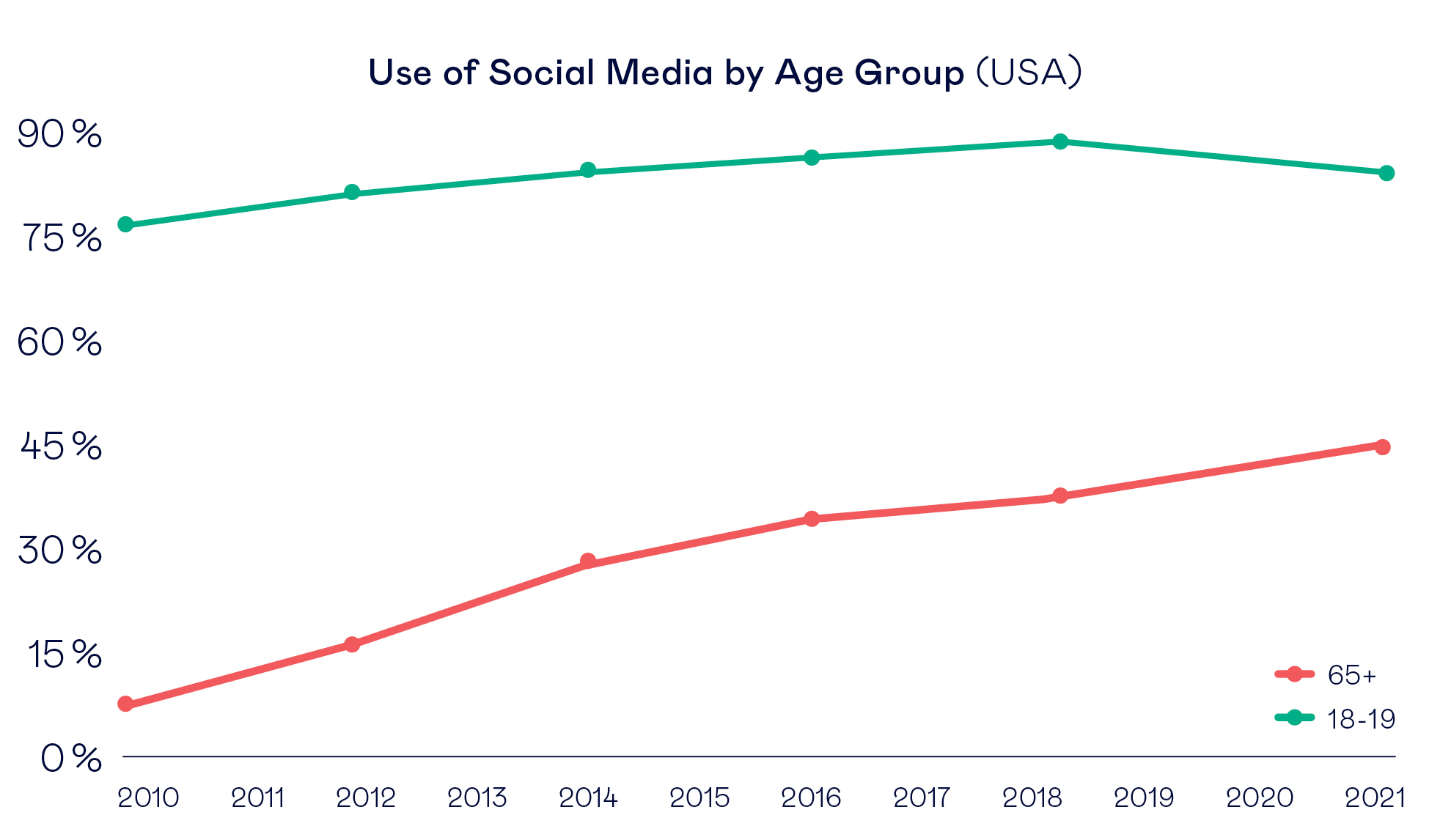 Proactive strategies include marketing and brand-building actions which may range from a regular stream of facts, testimonials, or even humor, to targeted outreach to potentially beneficial stakeholders (not limited to customers). Defensive strategies include monitoring of coverage of brands and of the company image as whole, as well as tracking competitor coverage, and being ready to respond to and counterbalance any negative waves that might emerge.

In January 2021 the stock of a troubled company called GameStop shot up from its longstanding price around $20 to a high close to $400. This was not due to anything related to the company’s business prospects but was driven by a herd of stock traders mobilized online by the social medium Reddit’s WSB (“Wall Street Bets”) subforum and facilitated by the new-age stock trading platform. Founded for different purposes within 15 months of each other (Robinhood in 2013 and WSB 2012) both grew slowly at first and then in a sudden rush in 2020 and 2021 as the coronavirus pandemic kept many people at home, including those looking for new distractions. By late 2021 WSB had over 10 million subscribers and Robinhood had over 20 million active accounts.

The surprise from the GameStop experience is that although the stock price dropped to abut $50 within a few weeks, it then recovered and spend the rest of 2021 in the $150-200 range before dropping to about $100 in early 2022. This is not what would have been expected from a mob trade or a “pump and dump” scheme, in which the shares of a firm are boosted then sold quickly. Instead, it has so far proven to be a “pump and hold” wave that sits well outside existing frameworks of market behavior and is motivated by populist rage (including a desire to crush short sellers) and a rebellious attitude to conventional market wisdom and the experts behind it.

This experience shows that digitalization and the sense of empowerment provided by an intuitive interface makes it possible for stocks to be pumped up and held by the sheer force of will of a herd of small-scale online traders. Its meaning may well be much more than anecdotal and point to the potential for major volatility and sustained irrational positions eroding the reliability of customary assumptions that corporations make when interacting with financial markets.

A digital herding area which also offers insights into potential implications for businesses are boycotts. The largest share of boycotts (as measured by a Twitter-based analysis) target companies, as well as media and sport organizations. But even the significant share of boycotts that have targeted countries are likely to manifest themselves through commercial impact. For instance, a 2003 boycott of French wine in the wake of that country’s lack of support for the U.S. invasion of Iraq led to a 13% volume decline in sales of that country’s wine in the United States and a “don’t buy Japanese” movement in South Korea depressed 2019 sales of Toyota, Honda and Nissan cars. 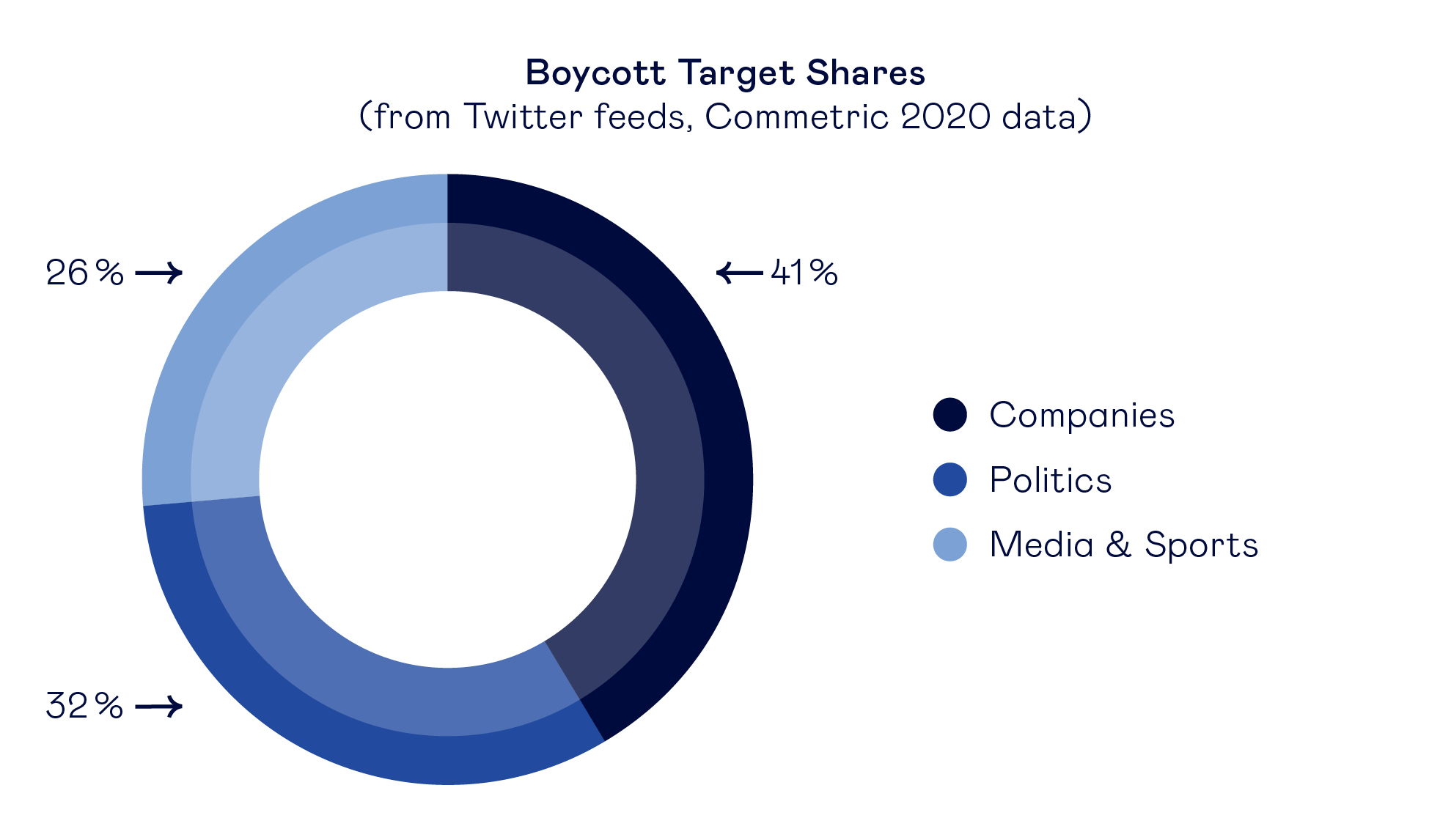 Several boycotts in the pre-social media past (notably one targeting Nestlé over its baby formula claims) have had significant effects and there are recent examples of ‘flash’ boycotts having some impact. To succeed in seriously denting sales, however, boycotts must be widely embraced—a difficult hurdle to overcome, as shown by Trump’s impulsive and ineffective boycott calls for companies he was annoyed with (including CNN and Goodyear Tires). Yet, wide use of social media could create the basis for a ‘perfect storm’ digital herd boycott and watching for early signs of such turbulence might prove a worthwhile investment for companies.

Crypto currencies offer another set of valuable insights into how digital herds can stray far away from established norms of value and potentiality—with peer investor online communities playing a key role in the persistence of these nonconforming positions. Part of the crypto currency advocacy is that it allows their users to be freed from the constraints of financial regulations, norms and incumbent players.

The fact that traditional financial advisors have been slow to catch on to blockchain technology has also reinforced the notion that social media and online communities of like-minded investors are preferable as reference points. An irony about crypto currencies (the value of which depends essentially on crowd faith) is that their proponents denigrate modern conventional currencies as “fiat” (meaning that they are based on common belief as institutionalized by regulation).

Under conditions of uncertainty, complexity and time pressure, people tend to revert to cognitive shortcuts

Crypto currencies and some of the markets the emergence of which they have facilitated---such as in the case of “bored Apes” and similar non-fungible tokens that create, as opposed to document or transfer, value—should provide much space for further analysis of behavioral economics. Some of that analysis is already suggesting that under conditions of uncertainty, complexity and time pressure, people tend to revert to cognitive shortcuts, and this compounds the network effect--the more people participate, the more viable the crypto currency. As individual (or expert) judgement is replaced by social judgment, the price volatility that would not have been tolerated otherwise becomes acceptable.

Herd behavior is not a new phenomenon: humans have shown herding behavior in many different situations such as for protection and for a sense of identity or purpose. Asset prices, especially in securities’ markets, have often been impacted by it (including through the ‘fear of losing out’). Key to herd behavior are the transmission and identification mechanisms—and their speed—and this is why social media facilitates herd behavior and could well result in new surges of herding with fast-moving, often surprising, results. They bear watching as they could affect all kinds of markets and exchanges swiftly altering the parameters for business success.