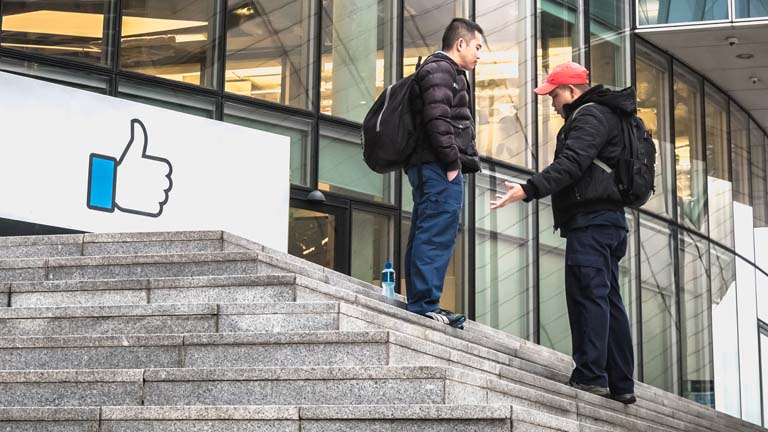 Should digital platforms be responsible for illegal content published by other users?

A heated debate is taking place in the United States about the need for government control over technological platforms because of the illegal content that third-party users can upload. This has become a key issue about how internet is used in the twenty-first century, and raises important questions of responsibility.

A brief review of this issue takes us back to the Communications Decency Act of 1996 that clearly defined liability for online libel and crime for internet content creators, platforms, and service providers.

The fundamental principle proclaimed by the act is that content creators are responsible for any illegal material they generate. However, the legislation provides platforms with exemption from liability for content generated and posted by third parties, unless the platforms are complicit in the development of the illegal content, in which case the law offers no protection.

The legal responsibility of internet platforms for the content they publish derives from the renowned and disputed Section 230 of the Communications Decency Act. The wording of the section is the result of a dramatic struggle between those who wanted internet platforms to be accountable for published content, and those who wanted to preserve the immunity of these platforms to encourage fair and legal content on the internet.

Christopher Cox, then Republican representative for California, has just told the story in a fascinating article entitled: The origins and original intent of Section 230 of the Communications Decency Act.

In short, it is the story of two distinct approaches to the issue by politicians of the time – and this division persists today.

On the one hand, Democrat Senator James Exon, introduced the Communications Decency Bill (as an amendment to the Telecommunications Act), based on his serious concern about content on sex trafficking and child abuse circulating on the internet and the terrible threat it posed to children.

On the other side, an anti-Exon amendment bill introduced by Republican Christopher Cox (California) and Democrat Ron Wyden (Oregon), called the Internet Freedom and Family Empowerment Act, aimed to balance the freedom to surf the internet with child protection. For Cox and Wyden, protecting internet platforms from liability, except in cases of complicity in the publication of illegal content, was an essential issue for generating prosperity, as well as economic and social progress through the use of the internet.

Two sides of the same issue.

Section 230 establishes clear legal rules on the liability of network platforms hosting content generated by others: they are not liable unless there is full or partial complicity in the publication of illegal content.

The legal liability regime promoted by Cox and Wyden is necessary and appropriate for the development of the internet, otherwise, under the punitive approach of the Exon proposal, legal actions against internet platforms and operators, as a result of content generated by others, would choke legal internet traffic.

However, concerns about illegal content related to sex trafficking and child exploitation continued, and led to the introduction of the Earn It Bill.

Republican Senator Lindsey Graham (South Carolina) introduced in March 2020 a draft bill that included the establishment of a National Commission on Online Child Exploitation Prevention, and the bill incorporated detailed requirements that must be satisfied for technological platforms to retain the Section 230 exemption from liability for third-party content that they have enjoyed until now.

It seems simple, but the problem is significant because the requirements of the national commission, which would be chaired by the Attorney General, could affect message and image encryption in cases where there is a suspicion of trafficking and sexual exploitation. Therefore, the user privacy and security guaranteed so far by digital platforms could be undermined.

The fair and legal internet navigation encouraged by Cox and Wyden with their Freedom and Family Empowerment Act would be drastically curtailed.

The draft bill provoked many adverse reactions, and in July 2020 an amendment was presented that softened the demands. The draft amendment, signed by 13 senators from both parties and headed by Graham, proposed the replacement of 'requirements' with 'recommendations' for best practices that should be adopted by technology platforms.

If the bill is passed, the technological platforms would have to choose between weakening their content encryption and endangering the privacy of users or facing a possible avalanche of lawsuits

The rationale and purpose of this bill continues to be the fight against child sexual exploitation, and the need for digital platforms to collaborate more closely in its eradication. If the bill is passed, the technological platforms would have to choose between weakening their content encryption and endangering the privacy and security of users, or renouncing the protection of Section 230, and facing a possible avalanche of lawsuits regarding third-party content.

For those who defend privacy and the freedom to surf the internet, the forced opening of back doors to encrypted messaging would mean an end to user security. Privacy should be fully guaranteed to encourage traffic on the network, and even a backdoor exclusively for government organisations would pose a threat.

The need to end child sex trafficking on the web is not in question; but the method is in question. Facebook reports millions of cases each year to the National Center for Missing and Exploited Children, and in so doing, helps protect children. The problem stems from the encryption of messages, as the police cannot use these messages as evidence in cases of child exploitation.

For all these reasons, the Earn It Act is presented as a legislative formula to eliminate the application of Section 230 to the technological giants, and some say this is the actual purpose of the initiative.