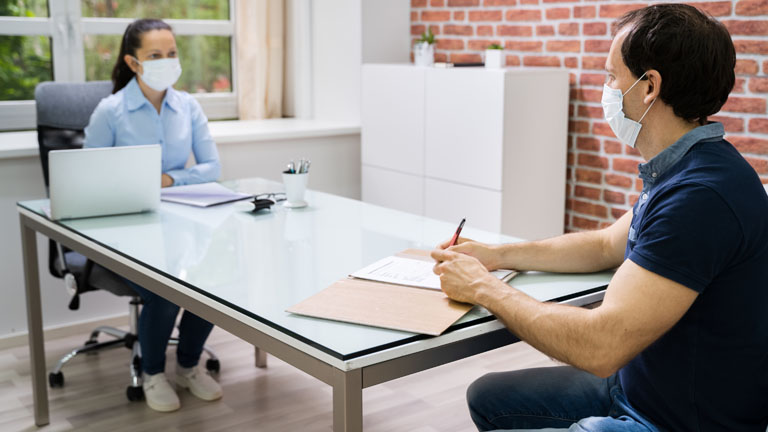 A few days ago, an acquaintance of mine called to say how pleased she was to have reached the final stage of a recruitment process and was quite likely to get the job.

Just three weeks earlier, the same person had called to say that she was thinking of putting her job hunting on hold until September. She was unemployed and very discouraged by the doom and gloom in her surroundings, which were taking an emotional toll on her.

I tried to explain why, despite everything, this is the time to get going and start job hunting without delay. The result of that attempt prompted me to write this article – hopefully other people will find it useful.

Time flies and so do opportunities. If you are not alert and ready to seize an opportunity, someone else will. If you let months go by before starting to job hunt, you will give other candidates an advantage: they will apply for recruitment processes and vacancies that will have been filled later on.

If you let months go by before starting to job hunt, you will give other candidates an advantage

2. Enter the database of headhunters

Headhunters and other recruitment professionals in general are currently more willing than ever to hold interviews to meet candidates even if they do not have a specific vacancy in mind. They are paving the way for a future with more vacancies. Now is the time to get in touch with people who may be more likely to explore certain profiles according to function, sector or type of company.

3. Do some virtual networking with people you know

A lot of people are still working from home and will continue to do so in the coming months. Teleworking often involves a great deal of time and effort, but has the advantage of allowing you to organise your time to cater for everyday obligations.

There is evidence that people are currently more active in social networks, and the fact that they are at home is a golden opportunity to ask your contacts how they are and have a chat. This would probably be more difficult if they were stuck in a bustling office. It's worthwhile making a list of people you know, getting in touch and telling them you're job hunting.

As you know, many vacancies are never advertised and only circulate on the hidden job market. The more people know you are job hunting, the greater your chance of hearing about possible vacancies.

4. Do some virtual networking with unknown contacts

This is a good time to think about your future career and find out which companies might be good places to work. Make a list of target companies according to criteria such as type (family or multinational), sector, location, size or values. All of these are good starting points for meeting people who work there, or used to work there, and as a way of approaching these companies.

The more people know you are job hunting, the greater your chance of hearing about possible vacancies

You could send a message directly to a profile you have noticed, preferably someone with decision-taking power who might be able to get you into the company, but this is not easy. Not everyone is receptive or willing to answer, but sometimes you meet people able to build bridges and open doors for you. It is useful to suggest having a conversation, perhaps just a ten-minute one, in order to introduce yourself properly and explain your interest.

If a direct message seems too heavy-handed, there is another, more subtle way that I also recommend: follow the most influential profiles in those companies on social networks, comment on their posts and find information you can use to start a conversation.

January and September have traditionally been the best months for job hunting, and December, July and August the worse due to the slowdown during Christmas and summer holidays. I dare predict that this year, work will not grind to a halt in August like it usually does.

Lots of people have told me that they will only take a few days' holiday and their respective companies will work more than ever. In previous years, as summer approached, I would tell candidates to relax and focus on September, but this year it's not so clear. I reckon that active job hunting in August will not be a waste of time.

This year, active job hunting in August will not be a waste of time

In short, despite the extremely negative news that have surrounded us for the last four months and the ensuing economic and employment difficulties that will continue to affect the job market in the coming months, I would like to send out a positive message because I know several people, including myself, who have found a job during lockdown, after recruitment processes based on interviews and online tests with no face-to-face contact whatsoever.

Meanwhile, it is important to get ready for this by preparing for interviews, improving your employability and making the most of your time to learn about the new trends arising in different professions.

If your health allows, and that is what matters most, now is the time to keep moving.