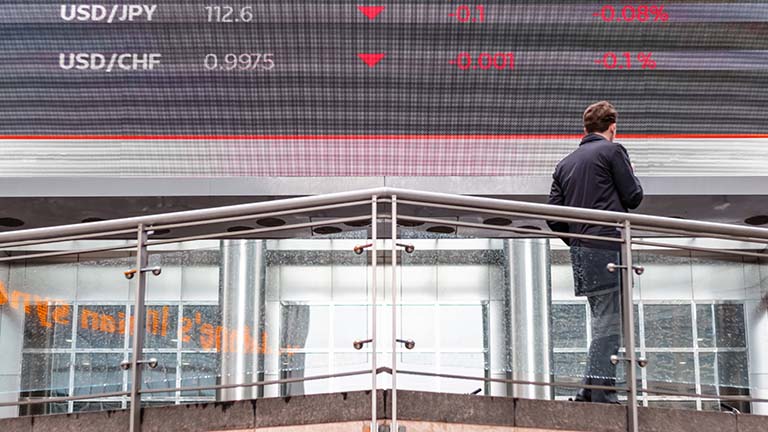 Article based on research by Anna Bayona

Financial investment decisions are steered by a number of variables, some of which are grounded in the market behaviour of assets, while others are clearly influenced by more human factors. These include the actions of other people, and how our wealth is distributed across markets – even when as investors we believe we’re being totally objective, rather than driven by emotions.

To understand how these factors might change the way we make investment decisions, Esade’s Anna Bayona and Oana Peia from University College Dublin’s School of Economics carried out research at Esade’s Decision Lab to test the importance of the wealth effect as a potential driver of financial contagion.

Their study, forthcoming in the Journal of Economic Behavior and Organization, looked at wealth channel, and the impact that this has on how we make financial decisions.

Why does it matter so much how our wealth is diversified across markets and what affect does this have on our financial behaviour and decision-making?

This is especially important in the light of present financial uncertainties, because Bayona and Peia’s research demonstrated that the wealth effect is an important source of financial contagion in how investors treat two different markets that aren’t connected or correlated – in other words, the only association between them is the role they play in that individual’s overall wealth.

Using a laboratory experiment conducted at Esade’s Decision Lab to study sequential decisions of a group of investors in two markets with independent fundamentals, during which investors had incomplete information, the researchers showed how this phenomenon manifests in subsequent choices.

The authors considered two treatments that varied the level of diversification of these assets across markets. Bayona and Peia found financial contagion due to the wealth effect when investors have completely diversified portfolios. That is, by triggering the conditions for a crisis in one market, the investors’ wealth was reduced, which made them more likely to withdraw their investment in the second, unrelated market. However, when portfolio diversification was small, they found that social imitation was relevant in explaining financial contagion.

The authors found that when portfolios are less diversified a second social influence comes into play: social imitation. This is when financial contagion spreads from one person to another and investors look to others for signals about what to do next.

Driven by a complex matrix of emotions, it matters more than we might care to admit to ourselves how others are doing, particularly if they’re giving off signals of increasing wealth while ours has stayed the same. It’s a reminder of the famous H. L. Mencken quote about how a satisfactory income requires one to earn at least one hundred dollars more a year than the income of one's wife's sister's husband – or at least, a bit more than Mr. Jones next door.

But still faster than dissatisfaction can get a grip on our mood and behaviour, fear of missing a trend or a moment in market volatility might lead us to take specific financial decisions.

It is the intersection of these two triggers for financial contagion – the wealth effect and social imitation – which have the greatest implications for policy.

The results of this research suggest that it’s more important than might be first thought to understand investors’ position of their entire balance sheet and understand how their own financial behaviour might shift, because the wealth effect matters more than might initially be thought.

Maintaining investor confidence when markets are subject to upheaval might be better managed through ensuring job security or keeping a lid on the cost of outgoings by managing inflation. If financial contagion can be better managed through understanding the wealth effect, then there’s increased hope of preventing the social imitation factors kicking in. If this can be achieved, it could help stop crises from escalating, and prevent spiralling pressure on markets, bank runs and wider economic damage.