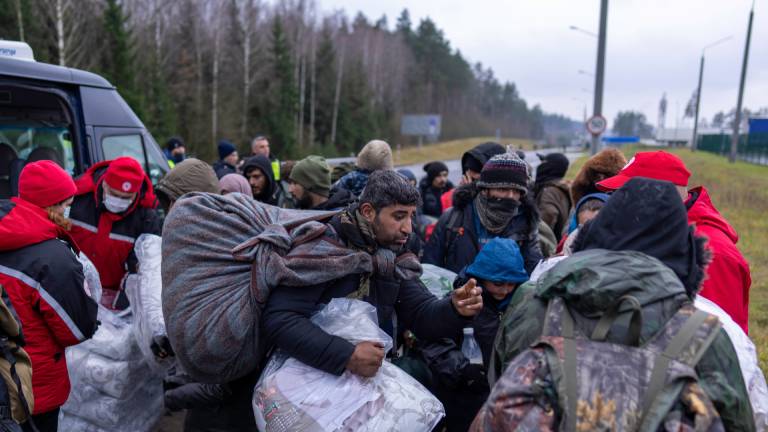 The geopolitical challenges facing the European Union in 2022

As 2021 draws to a close, the European Union can see several areas where action is required in the geopolitical arena. The pandemic and its socio-economic consequences, the energy transition, the drift towards populism in the region, and the growing tension on the border with Russia are some of the challenges to be addressed in early 2022.

To analyse all these issues in depth, a new EsadeGeo Exchange podcast has taken the opportunity to speak to Juan González-Barba, Spain's State Secretary for the European Union, who was taking part in the event to mark the conclusion of “The European Union in a geopolitical world”, a project developed together with EsadeGeo within the framework of the Conference on the Future of Europe.

Geopolitics and shortages: political factors in the supply crisis

With the Christmas campaign upon us, in Europe everyone is becoming increasingly concerned about a potential shortage of electronic products, toys and food, as well as some raw materials. The supply crisis due to disruptions in production caused by the pandemic in many Asian countries and the specific problems faced by the United Kingdom after Brexit have set alarm bells ringing. Furthermore, there are serious logistical problems affecting the transportation of goods by sea due to the increase in fuel and electricity prices. What is the role of geopolitics in this jigsaw puzzle?

‘After a recession like the one caused by Covid-19, economists predicted an upswing in inflation and a supply shock. However, nobody had calculated just how intense this shock would be' says González-Barba. 'We are already seeing a jump in energy prices and increases in the price of cereals and fertilisers. But fortunately, thanks to the European Union, this supply shock has not yet led to shortages. In contrast, the United Kingdom is suffering the same shock as Europe and the rest of the world – and there have been specific shortages in petrol stations and supermarkets because of the added effects of Brexit. The European Union has protected us from the most serious or extreme effects’.

A humanitarian and migratory crisis on the border

At the same time, on the borders of Poland and Ukraine with Belarus, a new migratory crisis is rearing its head with the arrival of thousands of refugees. In the bitter winter cold, the situation is becoming worse along the dividing line of 400 kilometres that separates the migrants from the European Union: Ursula von der Leyen herself considers that, behind this crisis, migrants are being used as pawns by Belarus.

‘For now, the European Union is drawing maximum attention to the phenomenon. The Foreign Affairs Council is already addressing this crisis and has sent a clear message to Belarus' warns the Spanish State Secretary for the European Union. 'Individual sanctions will be applied because it is considered a hybrid threat. Belarus is using victims to further political ends and this is intolerable. Moreover, their political objective is the destabilisation of a neighbouring country. The European Union wants the Polish border protected because it is also an EU border, and it wants the best possible treatment for the unfortunate people who are victims of circumstances in their own countries and are being manipulated by the Belarusian regime to provoke a crisis within the EU’.

Looking globally, beyond Europe and Asia, another emergency demands the attention and indeed the intervention of the international community, including of course the European Union. The objectives of the most recent climate summit, COP26, were to slow down global warming and, insofar as possible, to mitigate its effects. The agreement reached at this conference urges countries to update their climate plans for the coming year. In order to meet the goals of Agenda 2030, Europe must address the challenge of ending the use of fossil fuels, while China and India have just committed to a target of zero emissions that goes beyond 2050.

‘The agreement is necessary but insufficient. As many commentators have stated, we have a long way to go in terms of ecological transition, and much more could have been expected from COP26' admits González-Barba. 'Nevertheless, something is better than nothing. We must continue to aspire to more, but we must make do with an agreement that is complicated because it involves the entire international community. From here on, we must continue working with what we have – while demanding much more’.