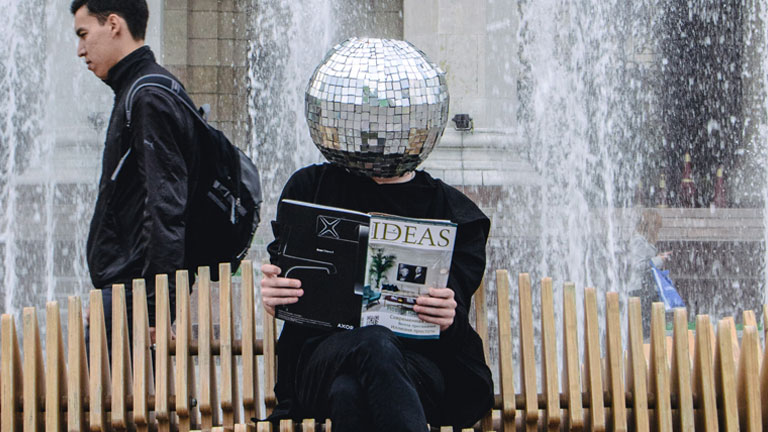 The email text was brief and to the point, and raised my curiosity: "My name is Ronald Bell and I am manager of a credit card company. I have a fantastic idea for setting up my organisation differently. May I invite you to come to my office and talk about this idea with me?"

The office of the credit card company was located in cheerless surroundings. The office building itself was typically seventies style. That made the interior all the more surprising, with its contemporary, colourful design furniture, conversation corners and an open reception area. Ronald bounded down the stairs to greet me personally. "It’s great you’ve come! I want to put something to you."

Even before I had hung up my coat, Ronald fired away. "I read this amazing book: Maverick. It is about a company in Brazil where the employees organise everything themselves. That motivates them so much that high productivity goes hand-in-hand with a lot of pleasure in work. I went to a convention where the whole concept was explained. And then I went and visited the Semco company myself. It really is impressive. I think it would be wonderful to introduce that here too."

I was familiar with the book Maverick. The Brazilian company Ronald mentioned produces cement agitators and ignores all kinds of established principles. There are no fixed working hours in the company. The employees decide themselves how much they earn, they select and assess their boss themselves and financial information is available for everyone. The productivity is high and large profits are made.

A good idea is dangerous, especially if you only have one

I felt a bit overwhelmed by Ronald’s uncontrolled energy. Semco style in a credit card company? I wondered whether that was such a good idea. "I understand you are enthusiastic about the ideas of Richardo Semler and that you are considering implementing his ideas here too."

The answer was not long in coming: "Oh definitely, I think it would be tremendous. That would make things quieter for me too, and as a company we could work more efficiently. And we need that, because right now we are too expensive as a credit card company."

My reaction was brief: "I wonder whether it is such a good idea. Why are you too expensive now as a company?"

I didn’t get a direct answer to this question, except that introducing this Semco style "would solve all the problems."

Ronald’s answer to my question about what others in the company thought about it was: "Oh, nobody likes change, you know that best. A few people are really enthusiastic, just like me. I would really do dare to do it, with them. And the people who don’t want to join in can just leave. You have to believe in it, and if you don’t, you simply don’t work with us any more. Can you help me introduce this concept?"

"I don’t believe it is a good idea to introduce this style just like that. Your company cannot afford to take any risks in the handling of money flows. If you are too expensive now, you would probably benefit more from standardising and computerising the work processes. I don’t think it is wise to introduce the new work concept from the top of the organisation through the company. You argue for a democratic working method, but you want to impose the implementation on others from the top down. What will you do if most of your employees leave?"

After this critical note, the discussion came to an end swiftly.

It is remarkable that managers can sometimes believe in their own or other people’s ideas so much that they only seek confirmation of their own ideas. You can always find that confirmation from about five percent of the employees. They are the followers; the people who don’t dare contradict you and are keen to climb higher. So that’s useless to you.

The trick is to find those employees who recognise the problems and want to work on them. These employees are usually experienced staff members and committed to the company. They represent about 15 percent of the employees in a company. Their commitment pushes them to ask critical questions. Ronald had found his allies in the followers. His single-mindedness would have alienated the other employees from him. I warned Ronald that his dream would end in failure and that Maverick may be a nice story, but not a good idea for a credit card company in financial problems.

Ronald did not push his idea further. Once he hit a wall of incomprehension, he tackled things more cautiously. He achieved a reliable and efficient credit card company with a well-thought out change process. Then he changed jobs. I recently received an email from him: "Jaap, now I am working for a company which makes industrial doors. I have a really great idea and I have already gotten a long way with the realisation. Would you like to come and talk about it with me? I want to show you something..."

A good idea is dangerous, especially if you only have one. And that is definitely the case if that idea comes from a manager or client and it is not in keeping with the assignment, the work processes of the company and the problems in the company. Change starts with standing still: What is the essence of the problem? Who can help in tackling the problem? Which solutions are possible and which solution is the most desirable? How will we design the change?

If a leader or manager threatens to head off in the wrong direction, it is the duty of the supervisor, colleague or advisor to enter into discussion with him/her and not to avoid the conflict. It can help to ask which problem this idea is meant to solve. Change is about the future of the company and not about a tempting ideology or the glory of people at the top.

What are the leadership qualities that separate great leaders from bad ones?