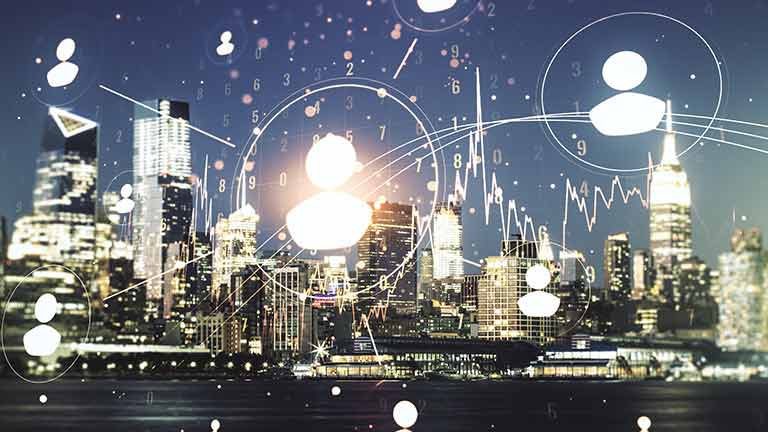 How Carbon-Friendly is the Internet?

The number of people working from home in the euro area has increased from five to 15 percent of the total workforce since 2015. Many organizations have embraced this rise in remote working and lauded it as an integral part of their sustainability drives: “[Digitalization] advantages became clear at the beginning of the pandemic and thanks to technology people started working from home almost overnight,” the CEO of Nestlé told Esade in March last year.

But while an increase in home working naturally correlates with a decrease in pollution caused by commuting – an obvious benefit in the pursuit of carbon reduction targets - just how much more sustainable is the digitalization necessary for remote workers?

The devices we use at home, for work, and for pleasure, have been blamed for generating 3.7 percent of all global greenhouse emissions – as much as the air industry. But these headline-grabbing statistics may not be all they seem.

In widely quoted figures, ‘unnecessary’ emails have been blamed for generating up to 23,475 tons of carbon a year – reportedly the equivalent of 81,152 flights from the UK to Madrid. But the source of these figures has since admitted that the data is out of date, and the author of the book they were originally taken from – Mike Berners-Lee – has also said his 2010 estimates were misused.

So how much carbon does an email generate? Berners-Lee has updated his data to reflect a new understanding of emissions and now suggests an email generates between 0.03g and 26g of carbon dioxide equivalent – a significant drop from the original figures of 0.3g and 50g that are still widely used in reports across the internet.

How much carbon was generated trying to pinpoint the exact source of this misused data? According to websitecarbon.com, which offers a website ‘carbon calculator’, the average web page produces approximately 0.5g of C02 per page view – a calculation the organization admits is “somewhat of a challenge.”

The methodology used, they say, has been developed and refined over time. It takes into account data transfer over the wire, energy intensity of web date, the energy source used by the data center, carbon intensity of electricity, and website traffic.

“When we put all of this information together, we get a pretty good idea of the emissions associated with an average user visiting any given website,” they explain. “Multiply carbon per page view up by the typical number of annual page views and we can estimate the total annual CO2 emissions.”

The amount of data used by streaming services such as Netflix and Amazon Prime has also been the subject of global headlines. It’s also been similarly debunked.

Major news outlets around the world reported that the emissions generated by watching 30 minutes of Netflix are the same as driving 6.28 kilometers – 1.6kg of C02. The reported source of this data, the French think tank the Shift Project, was quick to distance itself from it.

In a lengthy statement, it explained that “this piece of data is not to be found in any of our reports, but has been provided by one of our collaborators, during an interview, and subsequently presented misleadingly in several media outlets.”

A major issue with extrapolating decades-old data and using it to generate clickbait headlines is the constantly evolving technology used by the data centers responsible for storing and sharing information on our digital devices.

According to the IEA (International Energy Agency), developments in energy efficiency have significantly limited energy demand from data centers. Despite a substantial increase in internet traffic and data center workloads over the last decade, it says, the energy they use has remained broadly the same.

“Global internet traffic surged by almost 40% between February and mid-April 2020, driven by growth in video streaming, video conferencing, online gaming, and social networking,” the agency says. “This growth comes on top of rising demand for digital services over the past decade: since 2010, the number of internet users worldwide has doubled while global internet traffic has grown 12-fold.

“However, rapid improvements in energy efficiency have helped to limit energy demand growth from data centers and data transmission networks, which each accounted for around 1% of global electricity use in 2019.”

Data is the new fuel

While it may be helpful to receive fewer unnecessary emails, the risks to the planet posed by internet use are significantly less than those posed by the continued use of fossil fuels.

“On the fourth day of Russia's aggression [in Ukraine], the leading authority on climate change, the IPCC, issued a stark warning to the global community,” EU president Ursula von der Leyen told the European Development Days event in June.

"They demonstrated that our climate is changing faster than our capacity to adapt to it. We must speed up the investment to cut emissions or face dramatic consequences.

“The fuel of the new economy is data. The fate of future generations depends more than ever before on the quality and quantity of our infrastructure investment today.”