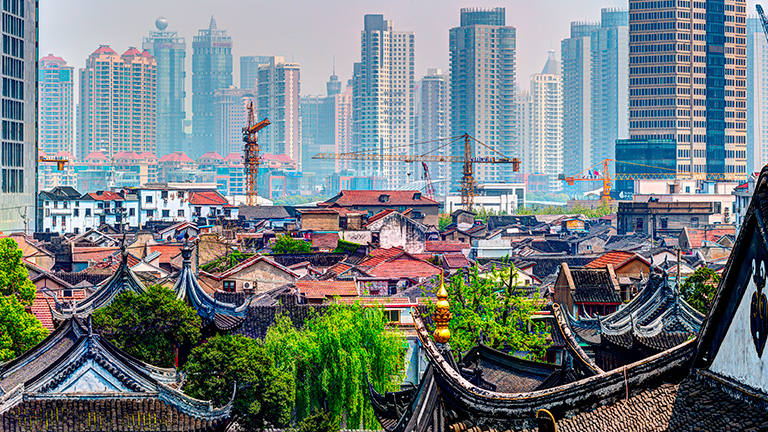 How smart services can combat the megacity paradox

With the closure of Urban October, all eyes moved to Shanghai, the host of this year’s World Cities Day. A month of global events and celebrations will culminated in the Chinese city, where high-level dignitaries, international experts, community leaders, and innovators gathered with the aim of creating and promoting greener, more equitable, and more sustainable cities.

Shanghai is one of 44 global megacities — cities with populations of more than 10 million. The number of people living in megacities grew from under 70 million in 1975 to nearly 463 million in 2015. According to the Demographia World Urban Areas report, eight new megacities were created in 2022 alone.

And as cities grow, so do their problems. The 2022 United Nations Sustainable Development Goals Report revealed that cities are responsible for more than 70 percent of global greenhouse gas emissions, with 99 percent of urban dwellers breathing polluted air.

Moreover, one billion people live in urban slums, and less than half of the people who live in cities have access to public transport. Globally, municipal solid waste continues to mount.

“The paradox of urbanization is that the same dynamic can generate prosperity and misery,” says Enrique Rueda-Sabater, a senior fellow at EsadeGeo.

Pollution, for instance, has become an increasingly negative aspect of large, industrial cities and, especially in low-income environments where population growth often outstrips infrastructure development and service provision, large cities also have other dark sides — such as acute and highly visible inequality, poor living conditions for new arrivals, and crime.

Improving technology and connectivity in smaller cities, suggests Rueda-Sabatar, should be a key focus in leveling out populations and ensuring a fairer distribution of infrastructure and services.

Closing the gap with technology

“Technology is a relatively new factor at play in this regard: as connectivity improves, a larger and larger percentage of the world population have access to the Internet,” continues Rueda-Sabater.

As these gaps continue to narrow further and more widely, the relative advantage of large cities in many country situations could be reduced significantly — helping to generate momentum towards smaller cities.

Although it will not be homogeneous across the world, and the magnetic power of very large cities may remain in force, it is a dynamic well-worth watching because any shift away from large cities would have sweeping implications for the supply of labor and skills and for the demand of products and services.

Esade researchers Krista Timeus, Jordi Vinaixa, and Francesc Pardo-Bosch agree that ICT plays an increasingly essential role in city infrastructure. But, they warn, the framework within which it is delivered should be carefully designed to ensure long-term sustainability.

“Despite the hype around them, aspiring smart city governments need to show residents that they can create, deliver and sustain value,” they say.

Like a firm’s business model, which shows how a firm creates and delivers value for customers and how it captures profits, the concept of a city business model can help city governments articulate how they will produce and deliver public value through smart services.

“The main justification for city-centered business models is perhaps the most obvious one: smart services should be financially viable and sustainable over the long term,” the investigators state.

The answer, they suggest, lies in city-specific business models to guide service delivery within the framework of a smart city.

City governments across the EU are facing pressure to reduce costs, making investment in smart services even more challenging. Cities need to present a strong business case for smart services that would encourage capital investment.

The City Model Canvas (CMC) developed by the team addresses these issues with a scalable framework that can be used by city councils during the design, delivery, and assessment of smart services, including the expected economic, environmental, and social impacts.

“A central specification of the European Commission’s current funding programs for smart and sustainable services is that cities develop and test business models for smart services that are scalable and replicable across cities,” they say.

Since city-centered business models for smart services are centered on a public value proposition, incorporating such models would encourage city councils to analyze the impact of the service’s organization and deployment from a public service perspective first.

The CMC developed by Timeus, Vinaixa, and Pardo-Bosch recommends a strong focus on developing partnerships that create access to key resources otherwise unavailable to city councils. This approach is reflected in the UN’s World Cities Report, which similarly advises involving a wide range of stakeholders.

“Innovation practices need to be tailored to local contexts,” says the report. Innovation should be approached more broadly than traditional research and development by involving a wider range of stakeholders, including civil society organizations and community groups. City governments can lead by example, by innovating in more open, collaborative, and inclusive planning and decision-making.

While full technological sovereignty may be out of reach, city governments have an opportunity and responsibility to co-determine how innovation and technology are designed for, and applied in, cities. “They should initiate, and participate in, technology assessments, and involve other urban stakeholders in the process,” the report continues.

Timeus, Vinaixa and Pardo-Bosch agree. “The increased complexity of the challenges that cities face and the plurality of stakeholders coexisting in cities have led to calls for more collaboration between actors to achieve their goals,” they say.

Using a business model framework would help city councils — or any other public organization in charge of smart city projects — locate themselves in this ‘value creation network’ of public service delivery and define their responsibilities in it.