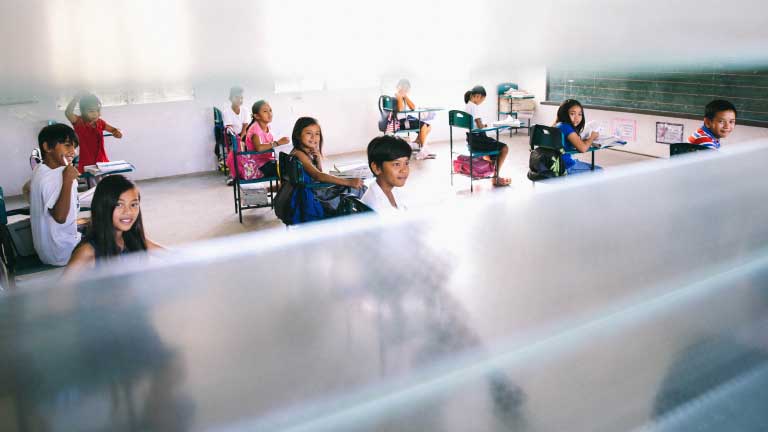 Higher inequality can lower public spending per pupil in low-income economies while the opposite happens in rich societies.

This interview is based on research by Ioana Schiopu & Calin Arcalean

Access to good-quality basic public education is an important premise for an equal-opportunity society. It also helps to close the income gap between the rich and the poor. Yet public education funding varies substantially across countries, regions and school districts.

There are several reasons for this. One is the income gap between the rich and the poor, which affects the political support for public education spending.

In their paper, Inequality, opting-out and public education funding, Esade Associate Professors of Economics Ioana Schiopu and Calin Arcalean show that a rise in income inequality can drive education spending in opposite directions in rich and poor economies.

Do Better: Why did you choose this research topic?

Ioana Schiopu: The rise of income inequality is a pervasive phenomenon and an increasingly important societal concern. We wanted to understand how societies allocate public resources for education and how changes in the income distribution affect these allocations via the political process.

In democratic societies, the distribution of public resources across different destinations is determined through the interaction of market forces and a political process that reconciles the conflicting interests of different socioeconomic groups. At the same time, the provision of public education is an important form of redistribution between groups (for example, from rich to poor or from old to young).

Thus, political decisions involving the level of public education funding need to take into account conflicting preferences regarding taxation and redistribution. Moreover, any change in income inequality – triggered, for instance, by technological changes that favour certain groups of workers – will have an impact on the amount and distribution of public resources spent on education. This, in turn, will have long-lasting effects on the accumulation of human capital and future growth.

What did you find in your research?

To understand these results, it is important to recall that in most societies, families have access to both private and public education. While in general, it is the relatively high-income families that rely on private education, the extent of opting out of public schooling varies inversely with the quality of this schooling.

What do you mean?

What other factors influence public spending on education?

Another dimension that influences public spending is fertility. On average, families that choose private schooling have a lower fertility rate than those that send their kids to public schools. Low-income, high-fertility families will therefore put more pressure on the resources to be spent in public schools.

To sum up, when income inequality increases, the relative size of the poor and rich classes increases at the expense of the middle class. The need for public education spending goes up steeply because there are fewer middle-income families that choose low fertility and private schooling but a higher number of low-income families with more children educated in public schools.

Thus, the relatively poorer families steer the political process in their favour, raising the tax rate. However, we show that the increase in public school enrolment is larger than the increase in tax revenues, so spending per pupil ends up being lower in poor economies.

What is the role of political power in public education funding?

It is well known that voter turnout is higher among the richer and better educated groups. In a working paper, we found the same pattern when we looked at participation of different socioeconomic groups in voting on local school budgets across the school districts in the state of New York.

Consistent with the empirical evidence, we show that when political influence is proportional to income, the incentives of the rich to lower taxes have a greater influence on the political process. This could exacerbate the decline of public education spending per pupil in poor districts when income inequality rises.