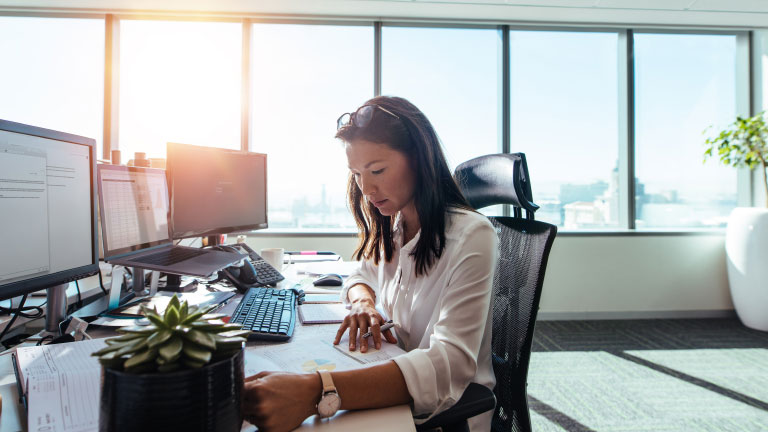 This article is based on research by Joan M. Batista Foguet

What is your learning style as a manager? Are you an Accommodator, a Converger, a Diverger or an Assimilator? According to David A. Kolb's learning model, there are four main ways of learning.

The theory shows that being aware of what your style is will help you better adapt to and deal with new challenges.

But what if Kolb's learning styles questionnaire has often been analysed incorrectly? Research by Esade Professor Joan Manuel Batista Foguet reveals what they termed a 'zero type error' – the ritualistic use of statistical models regardless of the type of data actually available – in analysing Kolb's Learning Style questionnaire.

To correct this analysis flaw, the authors propose a new analytical method that confirms and clarifies the existence of a third dimension added to the two usual ones used in Kolb's Experiential Learning Theory (KELT): Grasping Knowledge and Transforming Knowledge. The researchers wonder whether this could be the third dimension hypothesised by Kolb when KELT was originally proposed.

Published in Frontiers of Psychology, the research involved garnering real data for the last 15 years from Esade Full-Time MBA graduates, who took part in a Leadership Development programme based on Richard Boyatzis' Intentional Change Theory. Data was collected through a digital platform – based on KELT and designed by Professor Ricard Serlavós – as part of the learning process.

"Kolb's questionnaire forces respondents to prioritise among the four alternative learning styles instead of presenting them as four independent factors. It is very hard to fill out questionnaires containing forced-choice items. This forced choice questionnaire produces constraints on the information obtained," says Batista Foguet.

Questionnaires that force users to prioritise among alternatives may deliver controversial results. "Our research shows that Kolb's questionnaire has been often analysed incorrectly and we propose a new methodology to correct this error using compositional data."

If the statistical analysis were to be corrected using this proposed methodology, David Kolb's questionnaire results would benefit from a new third dimension which would help managers deepen the knowledge style of their teams.

According to Kolb's Experiential Learning Theory, people learn through a process that involves a 4-stage learning cycle:

"We show that in fact, people can actually combine more than two stages in their learning process – they can even combine up to three or four," says Batista Foguet.

The findings also show the fact that those more flexible learners can quickly adapt and use any of the four stages.

The new third dimension also reveals whether one person has a greater tendency to learn by just grasping knowledge or whether this person tends to learn by transforming this information. "Managers with self-awareness prefer transformation – they are better at transforming knowledge thanks to their pragmatic orientation and emotional intelligence competencies," says Batista Foguet.

The findings also confirm that people with self-awareness tend to be better at grasping knowledge through concrete experience rather than through abstract conceptualisation. "We hope our findings open the door to more research on what good graspers or good transformers are good at, and shed some light on the potential benefits of using compositional data," concludes Batista Foguet.