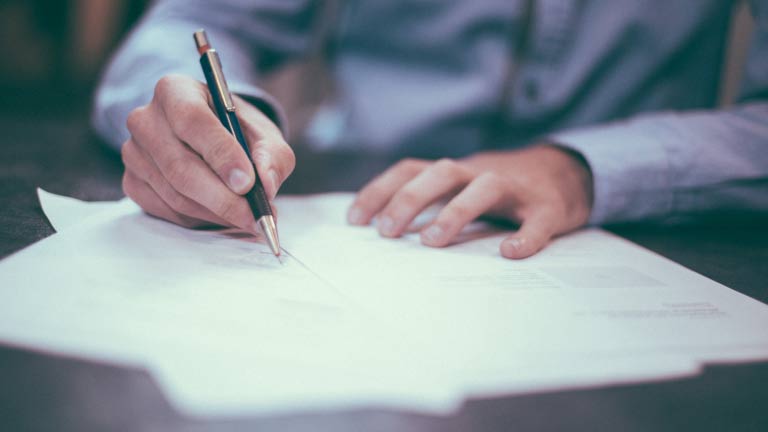 Are legal obligations in contracts irreversible?

What happens to both parties when unforeseen circumstances arise

This article is based on research by Jorge Castiñeira

If you or your company is about to sign a contract, be sure to follow the traditional advice: read the fine print. But don't be overly optimistic. Reading all the legal clauses carefully may not be enough to prevent unforeseen contractual problems.

Jorge Castiñeira, Assistant Professor in the Department of Law at Esade, has analysed what happens to both parties when circumstances change unexpectedly after a contract has been signed.

"Recent decisions by the Spanish Supreme Court have underscored the need to consider the contractual problems that may arise when circumstances change unexpectedly," advocates Castiñeira. "The economic crisis, particularly severe in Southern Europe, made many contracts difficult to perform from an economic perspective."

On June 30th, 2014, for the first time in history, the Spanish Supreme Court made an exceptional decision in a case involving a company and an advertising agency, rescinding contractual obligations on the basis of exceptional circumstances.

"The service fee the parties initially accepted in the contract had become economically disproportionate due to the devaluation of advertising services derived from the economic crisis," writes the author in European Review of Private Law.

The effect of the economic crisis on the advertising sector meant that the contract became extremely inefficient for the company hiring the services. Performance of the contract would have meant losses of €4,107,128.

"This decision by the Spanish Supreme Court was significant because the Court expressed for the first time in history the need to abandon the traditional justification of the doctrine based on exceptional notions of equity and fairness."

Spanish law currently doesn't provide a clear solution for cases in which there are unexpected changes of circumstances in contracts.

According to Castiñeira, there is no provision in the Spanish civil code to solve problems regarding a supervening change of circumstances. "The only way to solve these issues has traditionally been to adopt foreign solutions or to allege a doctrine not expressly included in our civil code: the doctrine of clausula rebus sic stantibus, which allows for a contract to become inapplicable due to a change of circumstances."

Despite the Spanish Supreme Court's acceptance of this doctrine, it is hardly ever applied in Spain because it is considered exceptional. This doctrine could only be applied when the following requirements are met: a supervening, extraordinary and absolute unforeseeable change of circumstances that causes performance of the contract to become excessively onerous.

"It is extraordinarily difficult to meet these requirements. In fact, the Spanish Supreme Court states that this doctrine should be applied only in cases of war or natural, political or economic disasters," states Castiñeira.

Under US law, when there is a change of circumstances in contracts, parties can allege impossibility

The US contract law approach as an alternative

With the aim of finding a solution to this legal challenge, Castiñeira used comparative law and analysed the mechanisms the US legal system used to tackle this issue.

Under US law, when there is a change of circumstances in contracts, parties can allege impossibility (when contractual performance is impossible), impracticability (when something can only be done with excessive and unreasonable economic difficulty) or frustration (the impossibility of fulfilling the parties' purposes).

In contrast to Spain, the doctrines of impracticability and frustration are fully normalised under US law. These doctrines, however, are applied only in a few cases. "The doctrines are accepted but this has not led to their acceptance by American courts. A good example of this is the well-known case of Alcoa," writes the author.

The case of Alcoa

Alcoa signed a contract with Essex to process molten aluminum. The contract included a complex price escalation clause that varied with changes in the Wholesale Price Index and the wages paid to Alcoa employees. The OPEC oil embargo caused the cost of electricity to rise significantly; consequently, Alcoa's production costs also rose substantially.

Due to this increase in the production cost, the performance of the contract under the terms initially agreed upon would have caused Alcoa to lose around $60 million.

Alcoa remains an isolated case within US law

The court determined that the failure of the price index system agreed by the parties was a mutual mistake. The court applied the doctrines of impracticability and frustration to the case and decided to adjust the contract by establishing a new minimum price that would still be under the market value but would allow Alcoa to obtain profits from the contract.

"In Alcoa, the court adjusted the contract since its performance would have led to serious economic hardship for one of the parties. To do so, the doctrine of impracticability was applied in a very flexible way, equalising it not only to the doctrine of frustration but also to mistake cases."

However, American courts have not accepted the reasoning and proceedings of Alcoa – it remains an isolated case within US law.

"As argued by many authors, courts are unwilling to apply the doctrines of impracticability or frustration and also to adjust the terms of contracts," warns Castiñeira. "Courts seem to feel more comfortable with the traditional common law rule – contracts must be obeyed - and see these doctrines as a way for parties to escape the duties assumed in a given contract."

Podcast: Strategy and leadership in the age of artificial intelligence