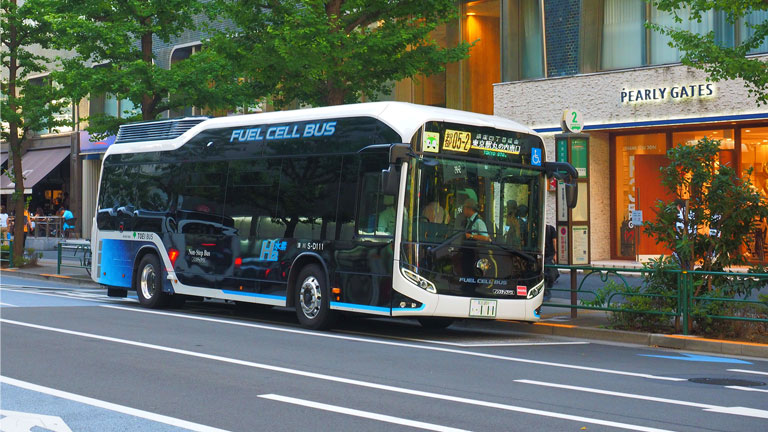 Technologies of the energy transition: Low and zero-carbon hydrogen

Hydrogen, a versatile energy carrier, can be produced through three main technological routes, which are often identified through a colour code:

Hydrogen produced through the third route is zero-carbon, whereas ‘blue’ hydrogen is low-carbon [1].

At present, approximately 95% of the world’s hydrogen is produced from natural gas and coal, with the remaining 5% being produced as a by-product from chlorine production (IRENA, 2019). The IEA (2019) estimates that dedicated hydrogen generation from water electrolysis comprises under 0.1% of global production today.

The opportunity: Which sectors can this technology help to decarbonise?

As the urgency of decarbonisation rises and the prices of renewable electricity generation drop, ‘blue’ and ‘green’ hydrogen in particular are increasingly regarded as important “enablers” of the energy transition. Hydrogen is a versatile energy carrier, which, when produced in its low- or zero-carbon variants, holds the potential to decarbonise four sectors in particular: power, industry, transport and heating.

A related advantage of hydrogen is that it can partially rely on existing infrastructure, through blending up to 10-20% in most natural gas pipelines (IRENA 2019), and injection up to 100% in polyethylene distribution pipelines (IEA 2019).

The reality: What stage of development and deployment is the technology currently at?

Hydrogen production and usage – in its ‘grey’ variant – is common in industry and has been for decades. In terms of technological readiness, ‘green’ and ‘blue’ hydrogen are at earlier stages. Producing ‘green’ hydrogen through alkaline or polymer electrolyte membrane electrolysis stands at technology readiness levels (TRL) of 9 (early adoption) and 8 (demonstration) respectively; while electrolysis through highly efficient solid oxide electrolyser cells is at a less advanced stage (6-7: large prototype/demonstration).

In the case of ‘blue’ hydrogen, natural gas autothermal reforming and steam methane reforming with CCS are in a demonstration/early adoption phase (TRL 8-9); in the case of coal gasification and biomass/waste gasification with CCS, they are at the large prototype stage (TRL 5) (IEA 2020).

In terms of production, less than 0.1% of the world’s hydrogen is produced through water electrolysis (IEA 2019). With the objective of decarbonisation in mind, the current primary challenge, therefore, lies in scaling up ‘blue’ and ‘green’ hydrogen production. Some consider ‘blue’ hydrogen a stepping stone towards an eventual ‘green’ hydrogen-dominated sector, while others argue that investments in ‘blue’ hydrogen might create a lock-in effect (Abnett, 2020).

The proponents of ‘blue’ hydrogen argue that gradual expansion of hydrogen applications can allow new infrastructure to be built that can ultimately be used to enable the development of ‘green’ hydrogen (Dickel, 2020).

The hurdles: What are the major obstacles/challenges preventing further uptake?

One of the main obstacles facing the further uptake of ‘green’ and ‘blue’ hydrogen is that of cost: neither are currently competitive with ‘grey’ hydrogen. Hydrogen produced from natural gas without CCS (‘grey’ hydrogen) currently costs around USD1.5-3/kg (IEA 2019). In places with very low natural gas prices, such as the Middle East, costs can be as low as USD1/kg (IEA 2019); in the EU, the cost is around €1.5/kg (European Commission 2020a). Adding CCS to create ‘blue’ hydrogen increases the cost to around €2/kg (European Commission 2020a). In the Middle East, for natural gas-based hydrogen with CCS to become competitive with its unabated version, a CO2 price of around USD50/ton would be needed (IEA 2019). Hydrogen generated from renewable electricity (‘green’ hydrogen), finally, is estimated to cost around €2.5-5.5/kg.

The price, size, operational frequency and efficiency of electrolysers will be another critical factor. In this sense, scale will be of the essence: while the average unit size of electrolysers was in the 0.1 MWe range in 2000-2009, they have recently risen to the 1MWe scale, and projects currently under development or discussion are in the 10-100 MWe range (IEA, 2019).

Further important challenges include questions of conversion efficiency and the geographical distance between heavy industry demand centres and areas with very low-cost renewable electricity generation (Hydrogen Council, 2020). The development or retrofitting of the infrastructure to generate, transport and distribute hydrogen is another very important issue, as is the critical question of the development of markets. At this stage in the development of ‘green’ and ‘blue’ hydrogen, questions of sequencing will be very important. Policies and regulations can play a critical role in overcoming many of these challenges.

In the EU: What is the current EU landscape for low and zero carbon hydrogen?

In recent months the EU has laid out its intention to become a world leader in low and zero-carbon hydrogen technology. At the national level, activity on this front has also been high: ministers of the Pentalateral Energy Forum made a joint political declaration on their commitment to the deployment of hydrogen (“Joint Political Declaration”, 2020) [2], the Spanish government approved its Hydrogen Roadmap in October 2020, Germany published its National Hydrogen Strategy in June 2020, and France had already launched its Hydrogen Deployment Plan in 2018. Almost all EU member states have also included hydrogen in their National Energy and Climate Plans (NECPs).

The Hydrogen Strategy outlines a phased vision for hydrogen development in the EU. In the first phase (2020-2024), the goal is to install at least 6GW of renewable (‘green’) hydrogen electrolysers in the EU by 2024 (producing up to 1 million tones of hydrogen). Scaling up the manufacturing of electrolysers (including large units, up to 100MW) is critical in this phase, and the approach would be fairly local (local renewable electricity sources powering electrolysers next to existing demand centres). This phase also includes decarbonising existing hydrogen plants through CCS retrofitting, planning medium range and backbone transmission infrastructure, and creating the regulatory framework for a hydrogen market while incentivising supply and demand in lead markets.

The second phase (2025-2030) sees hydrogen becoming an intrinsic component of the integrated energy system, with 40GW of renewable energy electrolysers by 2030 and a production of up to 100 million tones of hydrogen. While grey hydrogen installations would continue being retrofitted, the EU sees ‘green’ hydrogen gradually becoming cost-competitive with other forms of production over these five years. ‘Green’ hydrogen would start to play a flexibility role in the power system, and local hydrogen clusters (‘hydrogen valleys’) would develop where residential applications become a possibility. The need for an EU-wide logistical infrastructure would simultaneously emerge, and part of the existing gas grid could be repurposed for longer-distance transport. International trade with countries to the EU’s East and South also becomes an option. On the policy side, demand side policies would be key, along with EU investment and support to continue building the hydrogen ecosystem.

In the third phase (2030-2050), ‘green’ hydrogen technologies would reach maturity and be deployed at a large scale, which will require a massive increase in renewable electricity generation. Hydrogen and hydrogen-derived synfuels would achieve further integration in aviation and shipping, as well as hard-to-decarbonize industrial and commercial buildings.

The full strategy will require investments of hundreds of billions of euros in production capacities, refuelling stations and adapting end-use sectors, among others. The report outlines a number of instruments to support these investments, including a new Hydrogen Alliance (which was announced by the Commission in its Industrial Strategy in March 2020). This alliance will seek to replicate the success of the EU’s ‘Battery Alliance’ by bringing together experts from industry, academia and finance (European Commission, 2020c).

Providing a comprehensive terminology and certification criteria is one of the pending regulatory issues (Conti, 2020a), and it is also highlighted in the report. Finally, the strategy also outlines support lines for research and innovation and concludes by highlighting the international dimension of hydrogen, including opportunities for cooperation with EU neighbouring countries – such as Ukraine and Southern Neighbourhood countries – and the development of a structured international hydrogen market in euro.

Esade is committed to producing research and knowledge to the highest standards of academic independence and rigour. All content, views, and positions in this paper are the sole responsibility of its authors and do not imply endorsement by Fundación Esade or any of its funders.

[1] According to IRENA (2019) projections, CO2 capture efficiencies are expected to reach 85-95% at most; the European Commission (2020a) uses an effectiveness of greenhouse gas capture of maximum 90%.

[2] On June 15, ministers from Austria, Belgium, France, Germany, Luxembourg and the Netherlands, plus non-EU member Switzerland, pledged to "enable a forward-looking European hydrogen infrastructure and liquid market in the near future."