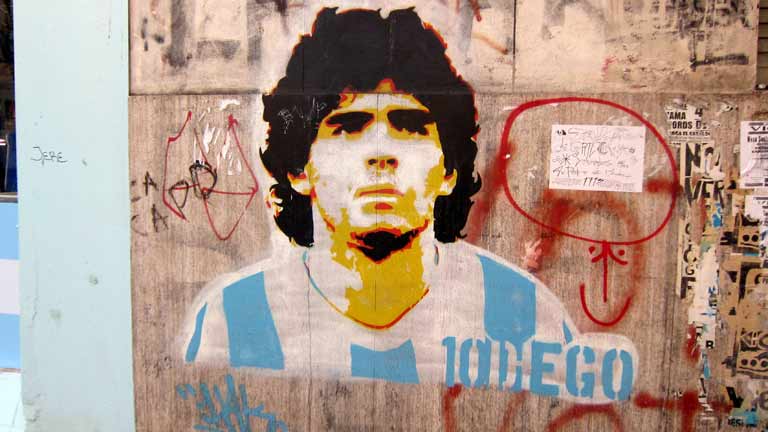 Maradona: a hero, an idol and a leader

Maradona has died. I'm going to gloat over my memory, my childhood, and my remembrance. There, Maradona is a Greek hero, whose natural build was a wonder in touching, passing and scoring with his foot and hand. This hero was the winner of the best World Cup ever witnessed, which took place in Mexico in 1986.

His fall from grace was followed by a return to the front lines to fight alongside his own people to the point of exhaustion in the United States in 1994. There was no sporting adversity that El Pelusa could not overcome. He was simply the best football player in history. That’s the way it is; and that's why I see this Argentinean in shorts as a true model of leadership.

The duty of a leader is to successfully carry out the projects being undertaken with the support of the team, and with a degree of sustainability over time. Throughout his career, player Number 10 always led his team to the highest performance levels, to finals, and to titles. In a team sport, the ability to make your teammates better determines your chances of success.

When one looks at the 11 players of the starting line-up of that Argentinean national team, or the eight years he spent in Naples, one understands why Maradona was the heart, soul and strength of his teams. His leadership was based on technique, skill and ball handling.

Achieving excellence is a fundamental task, and is the kind of leadership that subdues rivals and creates an irreplaceable player. They say that player No. 10 used to warm up alone before the match so that the opposing team would understand that he was the best and it would be impossible to stop him. The respect that he instilled in his rivals went so far as to severely disrupt the strategies on the field. He was covered by two, three or four players as long as they were their team’s worst ten players as opposed to eight or nine of ours.

Being decisive makes you a leader

Maradona's leadership can be seen in the World Cup matches, where everything is played out in one game and emotions betray the less courageous. Being decisive makes you a leader. On the field, he imposed control of time and scenarios. He was not intimidated. In the Italian semi-finals in 1990, Argentina faced Italy in his beloved Naples. The fans in the stadium grandstands had a divided love between the Azzuri colours and the local idol that led Napoli to win two Scudettos in 1987 and 1990.

In that World Cup match, exhausted and half lame, he scored one of the decisive penalty goals to defeat Italy and go to the finals.

Whoever assumes responsibility and resolves with temperance in a scenario of high emotion is the one who can claim the throne of the king of modern football. The news reports of the time related how the city cried at the end of the match, yet we do not know if they were tears of sadness or joy.

The third quality of leadership is charisma, or the connection with ordinary people. We only need to look at the expressions of grief at the news of his death, though I prefer to remember his farewell in 1997 in his last match with Boca Juniors.

This footballer made many generations of Argentines and Neapolitans happy because of his enormous generosity on the field and in social endeavours. He was from a working-class neighbourhood on the outskirts of the city, so he preferred Naples to the millions offered by A.C. Milan, which Berlusconi was already presiding over. For that reason, Diego was a celebrity who went beyond the boundary of sports to lead political causes, embrace the Cuban revolution, tattoo the faces of Fidel Castro and El Che Guevara, star in a documentary directed by Emir Kusturica, give rise to the writing of many songs, and to inspire the new production of Paolo Sorrentino.

The hero leaves no heir. Nor does Zidane. Nor Messi. He cannot do so, because his leadership style does not allow for continuation. A star sheds no more light. Now the legend begins.