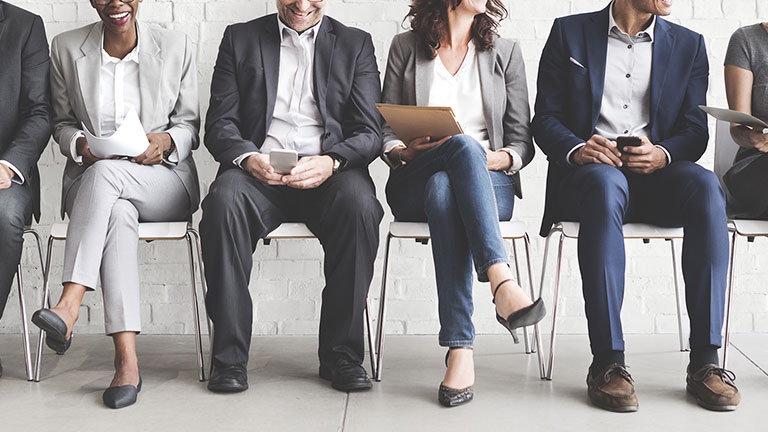 New Year, new job. Do we change for the sake of change?

As New Year approaches, we start writing our resolution lists. Among the tiny adjustments and major upheavals that we promise ourselves, many of us aim to change our jobs in the New Year.

We hear messages that push us to change such as: ‘Better to change and fail, than not to change and think that you have failed’. Phrases like these are repeated by gurus to push us out of our comfort zones. We feel ourselves swept along by a feeling of ‘What am I missing?’

I remember one occasion, many years ago, when I happened to run into a former colleague. She asked me if I was still working for the same company and when I answered yes, she looked at me with disdain – as if I was guilty of something. A few years later she called me in desperation to ask if I could interview her husband for a job. This happened during the previous economic crisis – when many people lost their jobs. She didn't care that I could only offer him an opportunity in the same company that a couple of years earlier she had regarded with disdain.

Since the pandemic struck, especially in the United States, we have been hearing terms such as ‘The Great Resignation’ or ‘The Employee Turnover Tsunami’. The pandemic has made people rethink whether they are working in the right place and are on the best professional path. Some have suffered vocational crises and decided to radically change their sector, their job, or even their lifestyle.

Companies have been under the spotlight during the pandemic. During the lockdown, furloughed employees had plenty of time to think. Employees who are always online, and so suffer constant interruptions to their personal lives, also had cause to think, as did those who are working up close with the virus on the retail or medical frontlines.

Going back to work has been a trial by fire, and an experience that varied depending on whether employees are fans, neutral, or critical of their jobs. Those who were already reluctant to stay in their jobs before the pandemic (the critics) reinforced the idea that they were in the wrong place and left. The fans, if they have been able to adapt to the new circumstances, have stayed at their jobs, although some have gone over to the neutral or critical side as they found that the company has changed, or saw their positions transformed with more functions, greater versatility, and sometimes fewer resources. These are the employees who have suffered the biggest gap in expectations. Finally, there are the neutrals, some of whom may have included a change of job on their New Year's list.

Against this backdrop, companies are striving to improve the employee experience, be more empathetic, and make work environments more attractive. However, they must fight against the individual thirst for change, curiosity, impatience, and the eternal search for something better (an odd desire in a nation where millions cannot achieve job stability because they are only offered temporary contracts).

I have seen a great expansion in the number of entrepreneurs and admire their courage. I have also read many CVs of people who last little more than a year in each job. Of course, they will continue to find jobs, but career stability remains valued and individuals making too many job changes are penalized – although moving from job to job is much more understandable now than it was in the past. I also notice a sizable number of ‘repeat offenders’, people who have left their jobs but return to work in their old companies. Finally, strangely enough, I hear of cases of employees withdrawing resignations within days of handing it in.

An occupational health and safety expert recently told me that he noticed, when talking to his clients, that there is a widespread unease among employees. ‘Everyone jumps up and down for nothing, unimportant issues suddenly become dramas,’ he told me. The pandemic has affected us all in some way, and some more than others because the real drama has been the loss of loved ones.

Every change of job marks our professional future, and we must live with the consequences

I wonder if we are losing hope unnecessarily. Is the thick fog of pandemic preventing us from seeing hope on the horizon – as happened to the swimmer Florence Chadwick, who gave up reaching the Californian coast on her first attempt because of fog when she was just about to reach the beach and break the record.

As the character played by Leonardo DiCaprio in ‘Don't Look Up’ said in his final sentence: ‘The thing of it is… we really did have everything, didn’t we? I mean if you think about it.’

There is no magic recipe or right answer. I can only recommend that we value what we have, with its pros and cons, before jumping into the void. Try not to be influenced by the melancholy mood of the moment, because every change of job marks our professional future, and we must live with the consequences.