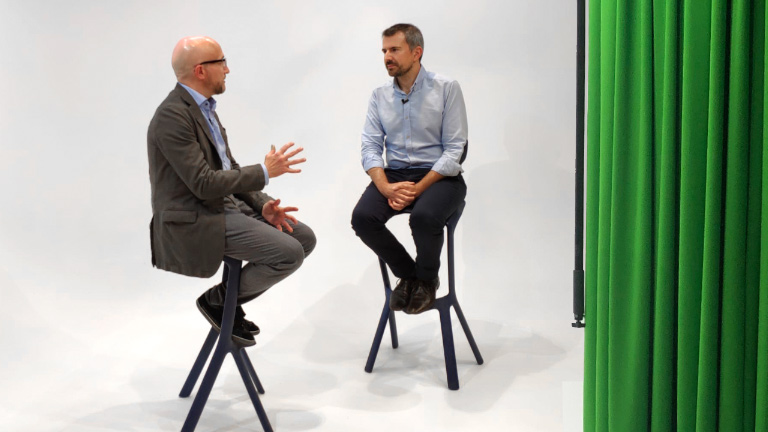 Can patents be a backdoor for competitors to steal ideas?

Can patents be a backdoor for competitors to steal ideas?

November 2019
Update Required To play the media you will need to either update your browser to a recent version or update your Flash plugin.

Inventions are the bedrock of innovation, but published patents can also be a great source of information for competitors. According to the latest research findings, some companies may be deliberately concealing information when writing patents to prevent competitors from stealing their ideas.

Do patents really promote or hinder innovation? In this podcast episode, Assistant Professor and Esade Entrepreneurship Institute Researcher George Chondrakis discusses the crucial role of patents in innovation with Marco Giarratana, Professor of Strategy and Vice-Rector of Research at IE Business School.

George Chondrakis: Hello everyone. I'm George Chondrakis from the Esade Entrepreneurship Institute. Today we'll talk about innovation and patents with Marco Giarratana. We all know patents are very important for innovation, but can you help us understand what their role is and how they help economies to grow?

Marco Giarratana: For those who are not familiar with them, patents are the most important way to protect your innovation. When a company discovers something that has huge economic value, it can go to the patent office of its country or the international Patent Office and publish its innovation after a process. This process allows for discoveries to be protected from competitors that want to copy this particular type of innovation. This process is very valuable because you can block competition. But, as you probably know, especially in high tech sectors, the number of patents held by a company has a huge influence on its intangible value.

As a CEO of a company, you can learn what direction your competitors are heading in by reading their published patents

The stock market value of many companies in the tech sector is influenced largely by the level of intangible capital based on patents. The number of patents is also a way of knowing what companies and your competitors are doing because you can map their different trajectories in R&D investment. So, as a CEO of a company, you can learn what direction your competitors are heading in by reading all of their published patents.

George Chondrakis: It’s clear that the disclosure function of patents is very important and we tend to think that this helps to promote economic growth. Is this the case in practice? To what extent do patents actually disclose the technologies that are eventually embedded into products?

Marco Giarratana: That is a very good question. Companies that are investing their own money in R&D and want to protect their investment are very cautious when they write patents to keep the secret inside the company. There is a lot of strategic writing techniques in patents because companies want to reveal just enough to be able to publish a patent, while keeping many of the core processes of innovation secret.

It's true that when you read your competitors’ patents, you can learn a lot about what's going on in their research, but there is a huge part that is kept secret. This creates a lot of uncertainty about what real information we hold on patents. This is very important because patents are used by most competitors to learn about the technological position of their rivals. There are consultancy companies that are using new big data machine learning techniques to create reports on competition in innovation.

George Chondrakis: You have revealed fascinating results from the electric vehicle industry. Can you tell us about your findings and how we can reinterpret the disclosure function of patents in light of your results?

Marco Giarratana: We applied machine learning techniques to analyse the text of patents protected by companies in the electric vehicle sector and the texts of scientific articles that researchers are trying to discover in the same field.

We discovered that companies and universities do complimentary research: companies are more interested in researching and patenting the architectural design of electric vehicle batteries, while academic researchers are more focused on the components.

It seems that, with these machine learning techniques, all the performance issues or targets are not very clear or apparent in the patent. We suspect that it's because companies use a strategic way of writing patents when they want to hide the real target of these innovations.

George Chondrakis: That's fascinating. So maybe we should re-evaluate what we think about patents and what is actually included in those documents.

Marco Giarratana: The results of this research call for a more refined interpretation of patents. We can get a lot of information from patents, but we should acknowledge that there is a large part of the information included but not all of it. We have techniques that help us to reveal part of this hidden information in public documents like patents.

This technique that may reveal this particular part helps us to have a better map of the technological competition, so we can evaluate the intangible capital of the company better. This is very important, not only for financial institutions, but also for the company itself to understand, especially in the tech sector, a large part of the company’s value. Its economic value depends on the intangible characteristics of its patent portfolio.

George Chondrakis: I would also add that this is very relevant for regulators or policymakers too. Thank you very much, Marco. Thanks for being here with us. Fascinating work as usual. And thanks to everyone for being with us.