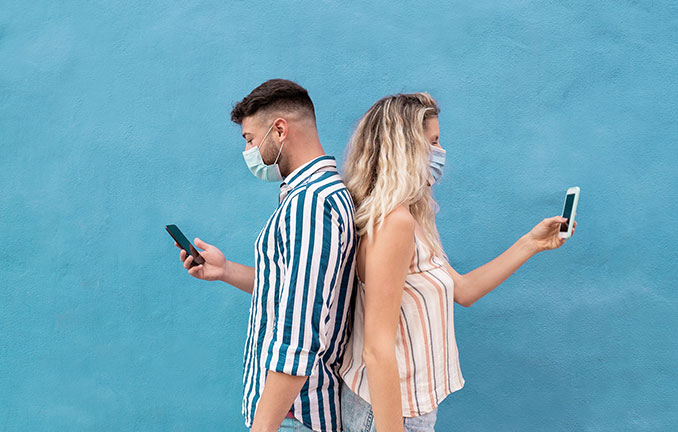 The use of social media and digital platforms in inciting hate and polarisation along the lines of political beliefs, identity, religion, and even climate change is beginning to be acknowledged. Digital platforms’ meteoric rise to ubiquity had leveraged a narrative of empowering people through access to information, an array of products and services, as well as freedom of expression.

Over the years, they have morphed into arenas for vitriolic discourse which, in contrast to connecting people, are dividing us into diametrically opposed camps. However, this trend towards increasing polarisation is the ramification of a more pernicious problem that is inadequately understood and hence is brewing unabatedly beneath the surface.

Naturally, the design and operations of digital platforms deserve greater scrutiny. These entities engage in magnified surveillance of the users’ online activities to comprehend their likes and dislikes, behavioural tendencies, and political leanings. As the goal of many platforms is to generate user activity, platforms seek to engage people by using these insights to target them with content they will find appealing. Here lies the problem – to keep users engaged, they are continuously exposed to content that caters to their existing beliefs and biases.

This concept has been referred to as ‘echo chambers’, where people’s views are further entrenched by continuous confirmation and a lack of rebuttal. But why has this phenomenon been so effective in generating the inferno of bitter divisiveness and polarisation that we witness today?

Digital platforms, through data and algorithms, are becoming the shapers of realities and truths

Polarisation occurs when meaningful dialogue in a society is abandoned. A constant stream of bias-nurturing and belief-affirming information from digital platforms entrenches people’s own viewpoints as absolute realities, or as ‘the truth’. Truth carries with it a certain legitimacy, and consequently, as people’s views morph towards this status, other points of views become falsities or utter nonsense.

Additionally, these ‘truths’ are further legitimised when individuals are exposed to like-minded communities who offer external validity. As a result, people living in neighbouring spaces find themselves living in irreconcilable intellectual realms. Digital platforms, through data and algorithms, are becoming the shapers of realities and truths.

In response to the increasing radicalisation of society caused by this phenomenon, digital platforms have responded by addressing the issue of fake news and removing unverified content – tweets, news articles, etc. – from circulation. While such measures seem appreciable on the surface, the problem with allowing platforms to moderate content is that they are being granted even greater involvement in shaping the ‘truth’ and ‘reality’. Furthermore, such measures eschew the harm of constant data collection, and the consequent microtargeting that underlies the radicalisation of people.

With such harms arising from the operations of digital platforms, governments find themselves in a unique position to take action and curb their growing power. However, much of the scrutiny that has been directed at the major digital platforms stems from a market logic, highlighting issues such as unfair market practices and monopolisation.

As societies experience grave polarisation, it is simplistic to assert that digital platforms have contributed to this issue by merely providing people with a virtual space to freely express themselves. Such an understanding does not adequately address the underlying mechanism through which societal divisions have been fortified. It is in their role as the shapers of people’s realities, enabled through datafication, that digital platforms have succeeded in infiltrating the human mind.