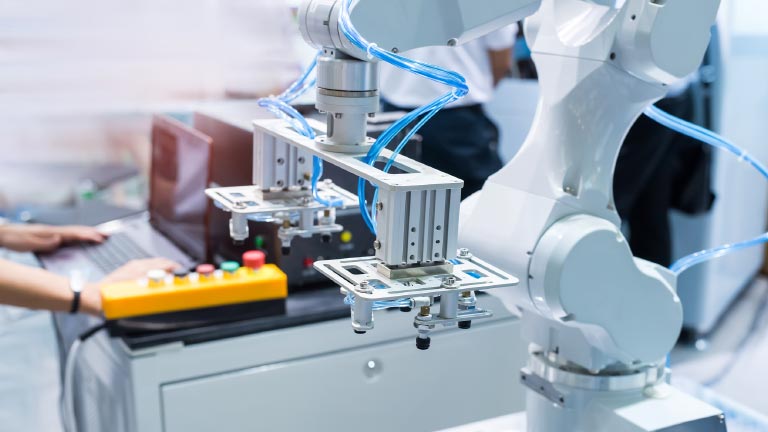 In 1971, a scientist at Xerox Parc, Alan Kay, working on what was then a remote possibility of developing personal computers, declared that “the best way to predict the future was to invent it”. We may not be able to invent the future, or even predict it. But at least we can incubate it.

How would the world have changed if Walmart, or Barnes & Noble, who were unbeatable in 1995, had explored an emerging technology called internet, and they had created Amazon? Or if IBM had acquired a fledgling company by the name of Google in 1998? And if Apple had emerged from a Sony incubator? Or if Ford were the mother of Uber and Tesla?

Giants, like dinosaurs, believe they are too big to fall

Giants, like dinosaurs, believe they are too big to fall and they show little interest in anyone who does not share their DNA. The top companies should be pumping out disruptive innovation, but evidence tells us that it is the young start-ups that drive disruptive change, and that their speed and audacity outgun the power of short-sighted, bureaucratic leaders.

The great paradox of innovation is why it is not the established companies – with their recognised brands, R&D resources and talent in abundance – that lead the new waves of disruption. But then who has the organisational discipline to design the start-up that is going to kill them?

Traditional approaches to innovation (focused on product or process) are insufficient: they lead to incrementalism. When we innovate within the company, we continue to see the world through the experience of the past. Neither radical nor disruptive ideas will emerge. We will constantly be glancing in the mirror as we drive. Therefore, we need open innovation approaches. External knowledge flows, people with other perspectives who will put forward radical ideas.

And even that is no longer enough: disruptive ideas generate antibodies when they are incubated in the womb of the old company. The culture of the company and its rusty routines will try to strangle these ideas. The present social network (employees, management, suppliers, shareholders) will oppose their development. Employees and management staff are fearful of being displaced or losing the status quo when faced by a change of context. Suppliers will not want the product architecture to be modified. And shareholders will urge a continued focus on the key factors that brought successful business in the past.

Disruptive innovation will compete for resources with incremental ideas oriented towards the excellence of the core business. As a result of all this, new solutions are appearing within the framework of what is known as corporate entrepreneurship: the creation of new businesses from pre-existing businesses, externalising the idea and developing it outside the organisation, as if it were an entrepreneurial initiative in the market, far from the restrictions and defects of the old structure.

Corporate entrepreneurship is a form of innovation taken to the extreme

This is a form of innovation taken to the extreme: given that the DNA of the organisational context will be averse to internal disruption, innovation is protected by separating it from the core business. The parent company will act as a mentor and provide financial and human resources so that innovative initiatives may grow.

To complete the picture, corporate entrepreneurship (the externalisation of ideas as start-ups) is reinforced by corporate venturing processes (the acquisition of external start-ups). In this way, companies are beginning to build their own start-up portfolios and to behave like corporate venture capital funds. They scan emerging opportunities, take up positions in response to these and accelerate their development through the rationed supply of resources, as technical milestones and market hypotheses are fulfilled.

How does this tie in with entrepreneurial strategy? It is all about systematically tracking, selecting and driving internal and external entrepreneurial opportunities as an exploratory practice. As a result, corporate strategy feeds off a certain planned opportunism.

Companies are beginning to build their own start-up portfolios

The final objective is to cultivate a diversified portfolio of emerging opportunities (start-ups) in the hope that one or more of these will lead the real revolution of the future. A flow of new methodologies and instruments form the spearhead of the new trends: hackathons, corporate calls to attract start-ups, entrepreneurial competitions, exploration missions, strategic alliances with start-ups, corporate incubators and accelerators, and acquisitions of emerging companies.

The overall purpose is to combine the power and experience of the leading company with the youth, technology and flexibility of the entrepreneurial initiatives.

There are an increasing number of examples. Google, with its Google X division, is not alone in experimenting. IBM played a pioneering role with its Emerging Business Opportunities process. Toyota has Toyota AI Ventures, a genuine incubator for artificial intelligence projects. Renault-Nissan is investing in new mobility projects (autonomous systems and electric and connected vehicles). BMW has a portfolio of some 40 start-ups in fields such as Industry 4.0 and digital user experience.

Nor are GM, Volvo and Robert Bosch being left behind. Robert Bosch analyses more than 2,000 start-ups a year, of which about 100 are presented to its internal divisions. Intel, Qualcomm, Salesforce, Samsung and GE have also equipped themselves with their own investment units to take up positions in the future. Closer to home, mention should be made of the entrepreneurial dynamism of Caixa Capital Riesgo, Seat, Naturgy, Torres, Girbau, Agbar and Fluidra, among others. Telefónica provided a shining example with Wayra, as did Mercadona with Lanzadera.

This tsunami has not been limited to large companies: countless small and medium-sized enterprises have taken the opportunity to surf this new wave and have become catapults for start-ups. Corporate entrepreneurship has arrived and is here to stay.

This article was originally published in Spanish in La Vanguardia.