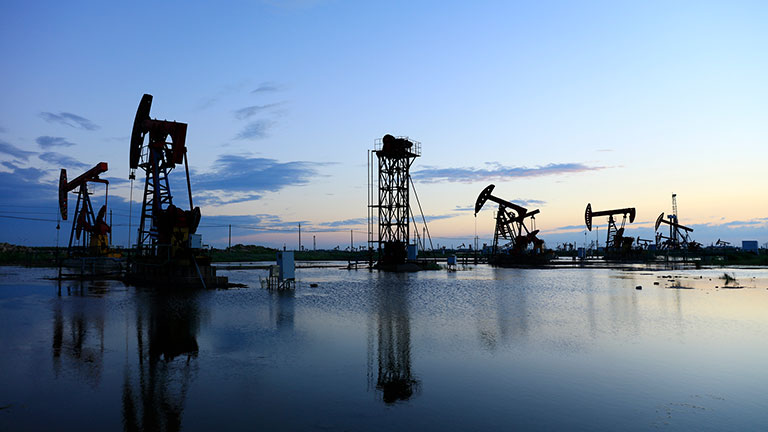 It’s a long-held belief, confirmed by a large body of research, that state ownership of firms harms their financial performance. Social and political objectives are often in conflict with financial goals, with state owners inclined to favour risk-averse strategies that hinder business performance.

But a new study from Esade’s Professor Ruth Aguilera, which appears in the Journal of World Business, reveals that the financial performance of state-owned enterprises (SOEs) depends on the political ideology of the country. Right-leaning governments and political institutions provide a basis for better financial results, which are further improved when accompanied by a low level of political constraint—measured as the extent to which a change in preferences in the country’s executive and legislative chambers might lead to a change in government policy.

Their research findings– which is one of the most comprehensive cross-national studies of the effects of state capitalism to date – have important implications in understanding the behaviour and drivers of SOEs, and how they compete with private companies in domestic and foreign markets.

The agency theory dictates that agents (managers) will act in the best interest of their principal (owners) if the effective corporate governance mechanisms are set in place. When state owners pursue multiple, often conflicting, interests, business goals are not given priority and financial performance suffers.

But there’s an emerging view that SOEs can perform better financially, and in some countries are expected to act as “genuine capitalist enterprises,”, if the effective governance practices are in place.

China – which has the largest number of SOEs, collectively contributing between 23-28% of GDP – is a good example. SOEs are classified as either public or commercial, with the latter pursuing explicit profit objectives and viewed as essential to economic growth.

In Norway, the government introduced gender quotas on its SOE boards three years before imposing the same regulations on private firms

In 2020, The Fortune Global 500 ranking of the world’s largest firms was announced with the headline, “The Fortune Global 500 is now more Chinese than American.” The accompanying article continued: “It’s worth noting that the Global 500 ranking is based on revenues, and many of the Chinese companies on the list earned their spot not necessarily because of their business dynamism, but because they are state-supported monopolies in the world’s largest market.”

Conversely, in liberal political landscapes such as the U.K., governments can be more inclined to steer SOEs towards social benefits, using ownership positions to drive change where it can’t be achieved solely through regulatory means.

In 2017, a Dutch bank in which the state has a majority shareholding stopped granting credit to tobacco and coal-mining companies and lobbied others to do the same. In Norway, the government introduced gender quotas on its SOE boards three years before imposing the same regulations on private firms – the first country to do so.

"We reconcile this tension between the conventional view that SOEs lag behind private companies in terms of financial performance and the emerging view that SOEs perform better financially by showing that both views have some traction – contingent on the features of the government which controls the SOE," say the authors.

The political ideologies of the government – the doctrines, principles and ideals that shape social order – have direct impact on state capitalism by determining the willingness of governments to prioritise business goals over favourable social outcomes. "They not only entail idealized government goals such as freedom or equality but also denote which means are deemed most appropriate for achieving these goals, for example, free markets or state interventionism,” explain Aguilera and co-authors.

Their analysis examines three political eras and their ideologies: state dirigisme, from the 1973 oil crisis to the fall of the Berlin wall in 1989 – “an era in which many states sought greater control over the economy”; Neoliberalism, from 1989 to 2007, when “many states transformed their economic systems from state socialism to market capitalism,” and Neo-statism, the current era which began in the global financial crisis in 2008 and “in which states increasingly regained control over the corporate sector and renationalized ailing firms.”

Ultimately, SOEs cannot be separated from their political environment, and vice versa

Yet this era also saw the right-wing US Republican Party adopt social objectives as a result of political pressures. “Populist movements often emerge out of dissatisfaction of social groups,” point out Aguilera and co-authors. “President Trump’s ‘Buy American and Hire American’ policy could be viewed as promoting ‘social objectives’ at the expense of business objectives including open trade and globalization, which are a core business value of conservative parties such as the Republican Party.” It’s an area that warrants further investigation, they suggest.

“As we have shown in this research, social objectives that deviate from the business interests of SOEs may reduce firm performance. However, while many high-profile populist movements in countries such as the US and Brazil are associated with conservative right-leaning ideologies, future research may also examine populist movements from the left. Populist political strategies have also been applied by left-leaning administrations, such as the Franklin D. Roosevelt U.S. administration during the Great Depression in the 1930s.”

“First, the behaviour of SOEs cannot be fully understood without grasping the political-institutional context in which these firms are embedded. Second, political institutions do not operate in isolation, and can either complement or undermine one another in fostering SOEs that can compete head-to-head with private companies in domestic or foreign markets.” Ultimately, they conclude, SOEs cannot be separated from their political environment, and vice versa.