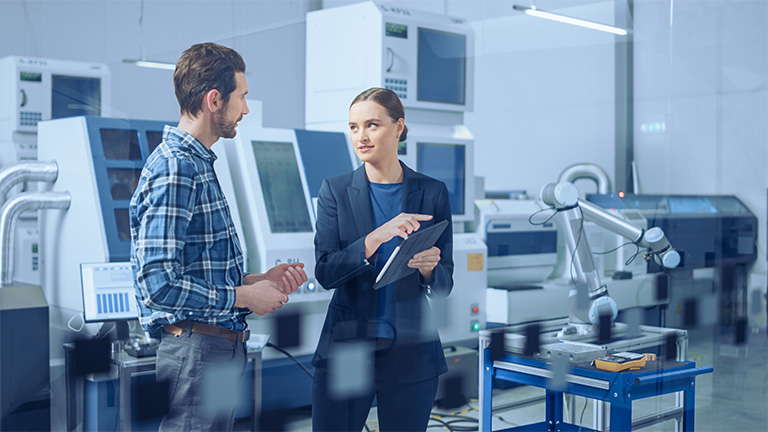 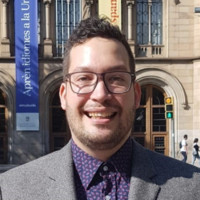 Technological obsolescence is something that everyone has in mind these days when we look at how fast technology changes, especially in the information and communication technology industry (ICT). However, as recently highlighted by Ma (2021), most of the economics of innovation literature has focused—from a Schumpeterian perspective—on the creation of knowledge and its impact on firms’ productivity and performance, but little is known about the empirical effects of technological obsolescence, that is, the destruction side of the story.

What is technological obsolescence?

As innovation creates winners, it also creates losers. The fact of succeeding in the innovations process by new entrants into the market may imply the displacement of other players. Roughly, technological obsolescence can be thought of as a devaluation of an item due to technological progress, and thus, it usually happens when a new technology or product replaces an older one which need not necessarily be dysfunctional (Mellal, 2020). The literature has plenty of examples: the telegraph, the steam engine, and fax machines, among others.

One of the challenges in the literature is to properly measure technological obsolescence. As posited by Krugman (1991), knowledge flow leaves no trail to follow, which may pose a serious problem for measuring technological obsolescence beyond case studies. However, patent citations are an exception to this problem, as suggested by Jaffe et al. (1993). The literature has therefore used patent citations to link the relevance of knowledge diffusion to past technologies. In this sense, the number of citations that a patent receives in a given period of time may reflect its usefulness and impact in generating new innovations.

As suggested by Jaffe & de Rassenfosse (2017), there are two opposite forces when dealing with patent citations. First, since knowledge diffusion needs time to occur and diffuse, the number of potential citations increases with time. Second, knowledge is subject to depreciation, and thus its relevance and usefulness may be lost as time passes, leading to its obsolescence.

The latter imposes certain types of considerations when measuring technological obsolescence through patents. Ideally, such a measure should capture not only a firm’s existing technology stock at a particular point in time but also a competitor’s effort in research and development (R&D), the emergence of new industries, and a firm’s cannibalization through newer products (Ma, 2021). Unfortunately, the multifaceted nature of technological obsolescence has been measured indirectly in the literature through patent citations.

Why is it important and what are its economic effects?

In economic terms, endogenous growth models point to a negative impact of obsolescence on firms’ productivity as well as capital reallocations, therefore implying a deterioration of the enterprise’s performance, growth, and ultimately its survival. In fact, following Mellal (2020), obsolescence may imply higher risks of accidents, especially in nuclear plants. But also, it may imply lower quality of manufacturing plants, leading to the increment of maintenance costs, as well as lower efficiency, outdated components, and increasing of waste, which ultimately may have its effect on the customer’s welfare.

Is it always linked to the arrival of radical innovations?

Technological obsolescence or displacement does not necessarily come from the appearance of radical innovations, meaning that it may be a necessary but not a sufficient condition, as suggested by Ma (2021). In this case, the literature has highlighted several examples, such as the QWERTY keyboard, which is inferior to newer alternatives but thanks to its standardization has generated network externalities, generating benefits to its users which increase as the number of users in the system rises (Edquist, 1998), or the Concorde airplane, which despite being technologically superior to previous models did not succeed because of its high maintenance cost and low demand.[1] According to Song Ma, technological obsolescence differs from the arrival of new innovations, implying the existence of two separate concepts.

To examine the association between technological obsolescence and firm performance, Ma (2021) argues that it is possible to find a belief-based and/or a risk-based explanation. The underlying idea is that financial markets are highly sensitive to the arrival of new innovations but not so to technological obsolescence. For this reason, investors cannot fully predict the poor future performance of the high-obsolescence portfolio, and therefore, it is not fully incorporated into their expectations, according to his results.

Following Ma (2021), large enterprises face more technological obsolescence, which might be due to the rigidity that characterizes such firms. However, other scholars point to this decline in patent citations especially happening more rapidly in electronic technologies than in chemical and mechanical technologies (Jaffe & Trajtenberg, 1999). In the Spanish case, where large enterprises represent only a very small part of businesses, it might be better to explore technological obsolescence for industries, for which we use the growth rate of the citations that patents receive—forward citations—in a time window of three years, converting the technological classification of patents—IPC—to the industry level (2-digit NACE Rev. 2), making use of the concordance table developed by Van Looy et al. (2015). 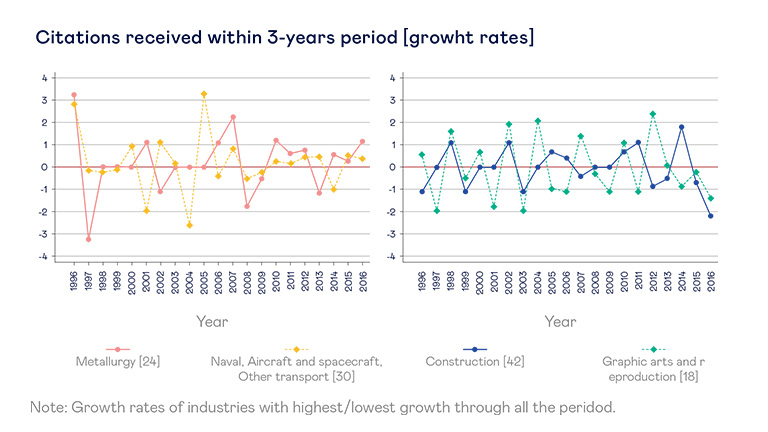 Figure 1 reports the two industries with the highest/lowest growth rate of forward citations for the Spanish case in the period 1995–2019.[2] As can be seen, those industries with the highest growth rate (left panel), despite variations, seem to experience a positive growth in citations received in the second part of the period, but specifically from the financial crisis that started in 2008. Thus, they seem to take advantage of the bad economic situation and redirect their efforts towards innovation, possibly using a counter-cyclical approach increasing the usefulness of their inventions. However, for those industries with the lowest growth rate through all the period (right panel) a higher variability in the growth rate can be seen, especially in the graphic arts industry. Nonetheless, it is interesting that from 2008 until 2016 there is a clear negative trend in the citations received by these two industries, especially as of 2012, which was the last year of the financial crisis that started in 2008. Therefore, it seems these two industries are moving away from the technology frontier. However, it is necessary to stress that this simple descriptive analysis should be read with caution, since there is no perfect link between technological and industrial classifications, which might pose some problems with its external validity.

Despite not being particularly on the research agenda of scholars when dealing with empirical studies, the work of Ma (2021) opens a door to studying technological obsolescence beyond case studies. He manages to construct a measure that captures various sources of technology disruptions: within-firm innovations displacing its own previous technology, competitors’ technologies in the same industry, and disruptive innovations coming from other industries. However, the main challenge is to measure technological obsolescence beyond patent citations. It is known that not all industries present a high patenting ratio despite being highly innovative. On top of that, patenting is an expensive strategy that not all innovative firms can afford, especially younger/smaller ones. Even more, it may be the case that firms in developing countries face huge problems accessing such a patent network just because they do not have the resources to access the international patent offices. All this is of great relevance in order to capture not only the invention, but success in its commercialization, when studying technological obsolescence.

[2] The graph only shows the statistics until the year 2016 which account for the citations received in the following years.