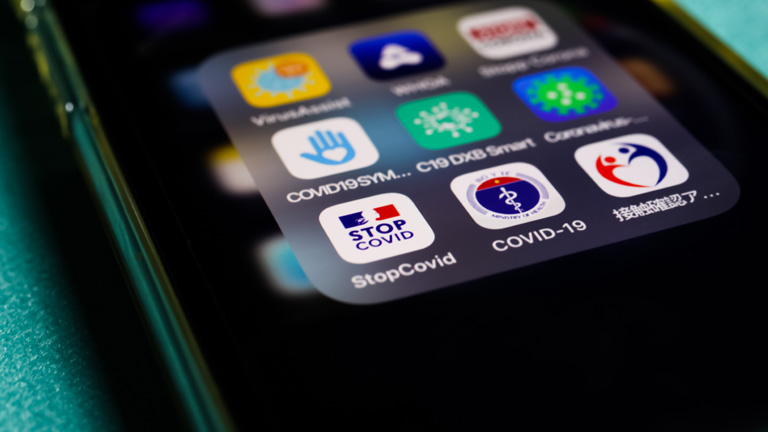 All that glitters is not gold: the risks of contact-tracing apps

After the outbreak of the Covid-19 pandemic shattered any sense of normalcy across the world, states have progressively re-opened their economies and allowed citizens to return to the streets, shops, and pubs. However, the risk of new uncontrolled outbreaks is persistent, and with the virus left unchecked, re-imposing lockdowns may be the only remedy. Consequently, everybody has put their sights on AI as a way out of this conundrum.

We have discussed here that AI will not be a silver bullet, but it will probably be extremely useful in preventing future infections. However, with the prospect of a vaccine still mired in uncertainty, there is an AI-powered second-best solution: contact-tracing apps.

These applications could help prevent a rise in coronavirus infections, thus avoiding the collapse of health systems. The idea behind these apps is simple: if we can identify infected individuals, as well as all those who made contact with them, we can trace a chain of contagion and ask those in the chain to self-isolate to prevent further spread of the virus. Given that the vast majority of the population owns a smartphone, a contact-tracing app could vastly reduce the number of infections.

These apps, however, entail a series of problems that have been outlined by several analysts.

Firstly, older people, one of the major risk-groups in this crisis, do not usually have a smartphone or the digital skills to install and understand the app. Secondly, these apps can provide a sense of false security, leading citizens to believe they do not need to take any more precautionary measures (such as wearing a protective mask) to prevent the spread of the virus.

Finally, those infected, and those in contact with them, may come to be perceived as pariahs, opening the door to possible social and economic losses for them, their families, and their businesses.

Tracking apps can provide a sense of false security, leading citizens to believe they do not need to take any more precautionary measures

Some may argue that these problems could be solved through measures such as hiring manual contact tracers to bridge the digital gap. Their task would consist of reaching out to anybody who tested positive and asking about the places they visited and who they have been in contact with. Secondly, governments could enforce stricter social distancing rules and approve the compulsory use of protective masks, thus taking the fight to the online and offline realms. Finally, data should be anonymised to prevent the identification of the individual who has tested positive.

However, even if these steps are taken, there are several risks associated with these apps that go beyond the outcome, but affect the very essence of liberal democracies.

Both the OECD and the European Commission have argued that the use of AI-powered apps can be very useful for preventing future contagion if powered by enough data and appropriate models, but that they should not sacrifice key values. Among these values, we find trustworthiness, explainability, safety, robustness, and transparency.

However, there are trade-offs associated with these apps. For instance, it has been said that around 60% to 75% of citizens would have to download the app for it to be effective. Despite some research arguing that this could be achieved with an adoption rate of merely 15%, only five countries are currently over that threshold. Consequently, governments may feel the need to enforce a compulsory download of the app to avoid a lack of critical mass if left to voluntary downloading.

To be sure, liberal social contracts allow states to interfere in the freedom of their citizens under certain circumstances. But can we justify such an intromission – involving the collection of very personal data – in the life of citizens in a democratic state?

Some authors have argued that such a violation of fundamental rights can only be justified on the basis of preventing future violation of other rights, such as freedom of movement (thus, avoiding new lockdowns).

Can the use of tracing apps be justified if individuals can still be identified despite data anonymisation?

But the underlying fear is that temporary measures become permanent fixes, with a creep of surveillance technologies that violates the private sphere of citizens in liberal democracies. Could a liberal justify the compulsory use of an app to maximise its efficiency instead of relying on recommendations and voluntary downloading? Can we justify the use of these apps if individuals can still be identified despite data anonymisation?

These are merely some examples of the negative spill-overs that AI development can produce. Some address the fundamental principles on which our societies are built. AI can be a force for good that brings about healthier and more prosperous societies.

However, as shown here, developments such as these contact-tracing apps can also have major impacts on our rights and liberties. Consequently, every proposal must be aligned with the recommendations of the European Commission regarding the need for transparency, security, interoperability, and respect for privacy, as well as a decentralised architecture. Finally, this app should have a strict time limit, being dismantled as soon as the pandemic is over.

Contact-tracing apps should have a strict time limit, being dismantled as soon as the pandemic is over

But although the voluntary download of these apps is important, we may also explore whether it is possible, under a liberal and democratic framework, to increase the effectiveness of the app without annulling the free choice of users. An option would be to include "opt-out" clauses instead of "opt-in" clauses, where users are informed in advance that the app will be downloaded to their smartphone at a certain date.

They could then, either when receiving the communication, or after the app is installed on their phone, decide to erase it and so ensure the complete deletion of their data. This approach would surely increase the effectiveness of the app, as suggested by the literature on behavioural psychology. It could be argued that despite prior communication and the possibility of "opting-out" immediately, the number of voluntary downloads will be insufficient.

To prevent this, my proposal is centred on a multi-step process of implementation.

We must also acknowledge that the very existence of a debate about the trade-offs between privacy and security is a positive sign, as it shows that not even in the face of the worst health crisis in decades has the EU forgotten about the protection of fundamental rights.

We know that a new wave of infections, followed by a series of lockdowns of our economies, could result in massive economic losses that would be even more devastating than the disease itself for some households. Contact-tracing apps could provide a smart way out. By striking the delicate balance between privacy, safety, and efficiency, and by respecting the enshrined principles of our liberal democracies, we can tackle a health problem without enabling the emergence of surveillance states.