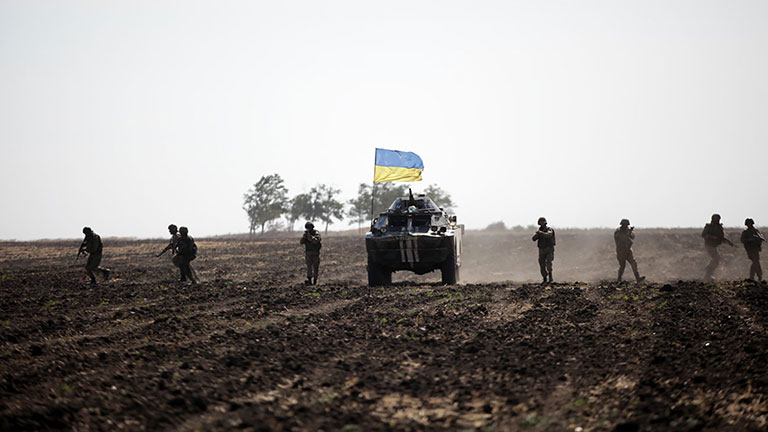 Photo: Ministry of Defense of Ukraine

After a week of negotiations, diplomacy still has a chance. Talks between Anthony Blinken, US Secretary of State, and Sergey Lavrov, Russia's perennial foreign minister, have opened an exchange of ideas for the future of the security architecture in Eastern Europe.

At a time of growing tension, this exchange is good news because it provides insight into the objectives, means, and guarantees demanded by the parties. The talks in Geneva are part of a scenario of deglobalization and the reordering of international power structures.

Each player is eager to win because the conflict is already active. Some 14,000 combat deaths have been recorded in the Crimea and Donbass since 2014. In a decisive week, let's look at the arguments and starting points.

Russia is calling for a new international security order in which it regains the weight and legitimacy lost after the end of the Cold War. NATO’s eastern expansion is seen as a threat to its interests and a break with the spirit of 1997, when relations between Moscow and NATO were renegotiated.

A sense of historical injustice

The economic sanctions already adopted by the United States and the European Union feed this feeling of historical injustice. Russian control over political change in Belarus, Georgia, and Ukraine creates a geographical security barrier and prevents the deployment of weapons or help for democratic forces. Russia does not want its neighbors to develop stable and independent democratic regimes with gas infrastructure, access to the Black Sea, or connection to the Chinese Silk Road.

Internally, the differential element is political nostalgia. There is a Russophile community in each of these countries that speaks Russian, gets information from RT or Sputnik, and welcomes this reordering.

Such support serves the Russian cause. From this perspective, Moscow’s actions are not interference, but assistance to those who wish to recover the Soviet legacy. Its starting position is maximalist, and include NATO withdrawal from Bulgaria and Romania, as well as an unconditional management of interests in the region.

The United States does not wish to lead an armed conflict. The Biden-Harris presidency cannot afford another mistake on the scale of Afghanistan. The negotiating position is minimalist. It may consider some concessions to Russia, but fears that such flexibility would open the door to more reclamations.

Still not on the table is the renegotiation of the Intermediate-Range Nuclear Forces Treaty, whose abrupt end has not been beneficial to either party. Will this be part of the proposal? In the meantime, America is pushing for deterrence on three levels. It has already authorized the shipment of armaments from the Baltic countries within the framework of NATO, and a forward naval deployment to the Black Sea and the Mediterranean is underway.

At a second level, economic sanctions are increasing. Their effectiveness is debatable, but they make visible a persecution of the extractive elites. In short, Blinken has announced ‘talks, not negotiations’ and he wants to bring these talks to the UN Security Council.

Finally, NATO reform is a pending issue. Jens Stoltenberg, the current secretary general, insists that NATO is ready and he uses warlike rhetoric. However, Stoltenberg is on his way out of his current position and does not seem to represent the interests of all the allies. Silences from Germany, France, and Turkey are significant.

At a time of de-globalization, international power is a scarce commodity. Therefore, small details can make the difference between war and peace

The position of the European organizations is important. There is a fear in Brussels that the conflict will explode, and the humanitarian disaster of the Balkans will be repeated. The European Union remains in the background – without a strong voice or powers.

The member states prefer to develop their own policies. Germany is hesitating, either because the new government has yet to define priorities and policies, or because of its extraordinary energy dependence on Russia. Poland calls for Europe to wake up and understand that Russia wants to destabilize the EU. Its recent experience on the border with Belarus feeds the hawks in Warsaw.

Outside the EU, the United Kingdom speaks of a planned ‘coup d'état’ that will end the legitimacy of Ukrainian institutions, while it is sending arms and offering training to troops. France, in the middle of an electoral process, steers a course between the isolationism of the candidates of the extreme right and the yearnings of grandeur of the current president.

The sad tale of Ukraine

Under the ambitious leadership of Macron, strategic independence involves lessening dependence on NATO and encouraging a policy of self-defense. Spain is committed to deterrence, in tune with the United States, and supports an Atlantic vision of the conflict.

What about Ukraine? This is the saddest part of the story. The country is held in a position of internal and external weakness and cannot assert its voice. Ukraine is ignored partly because of President Zelensky's internal weaknesses, and partly because of its inability to defend itself. Zelensky's latest tweets take a ‘Russian invasion’ for granted and show his enormous discomfort with negotiations taking place without his presence.

At a time of de-globalization, international power is a scarce commodity. Therefore, small details can make the difference between war and peace. There is still time for diplomacy to do its work so that we avoid a humanitarian disaster.

This article was originally published in Spanish in The Conversation under a Creative Commons license. Read the original article .