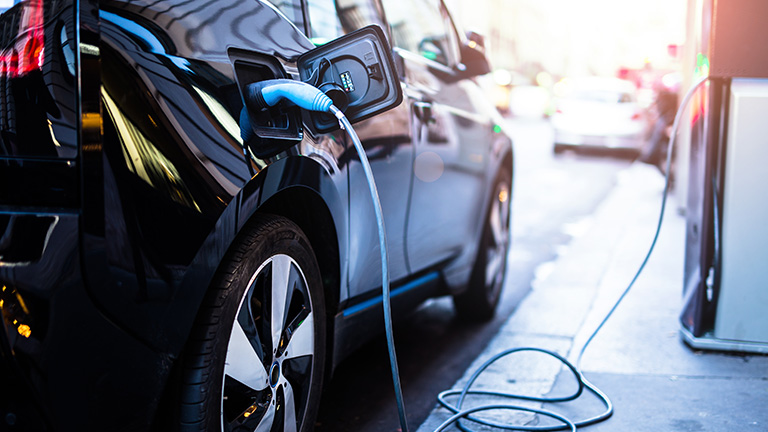 Are fossil-fueled cars going the way of the dinosaurs?

In November 2021, at the COP 26 climate summit in Glasgow, a group of leading car manufacturers were among 100 signatories of a declaration that pledged to phase out fossil-fuel vehicles by 2040. Backed by government and city leaders, the Glasgow Declaration on Zero Emission Cars and Vans promised to accelerate the transition to low-carbon vehicles and commit to a 100 percent zero-emission future.

But despite the lack of support from the world’s two leading car manufacturers, the intention to cut carbon is clear. In just 18 years, if the declaration succeeds, filling up at the pumps will be a thing of the past.

But is extinction really imminent for fossil fuels? Is the world ready to go electric?

According to the International Energy Agency (IEA), nearly 10 percent of all cars sold worldwide in 2021 were electric. But, they say, the figure for global truck sales was just 0.3 percent. “This share would need to increase to around 10 percent by 2030 in a scenario aligned with the climate pledges and targets announced to date by countries worldwide,” they add – and those global targets are significantly below the Glasgow declaration’s target of zero emissions by 2040.

Enric Asunción is the CEO of Wallbox Chargers, which produces electric car chargers and is the first Spanish ‘unicorn’ – a tech start-up that reaches a valuation of $1 billion without being listed on the stock market - to be listed on the New York Stock Exchange.

“The most important thing to speed up the transition is government measures,” he said at an Esade XIII Real Estate Trends Seminar in May 2022.

“The people are sure of it, mainly the new generations. What we have to do is help this transition towards electric cars to be easier in terms of economics. Once this transition is started on a massive scale, the product and car costs will fall and it will be a lot easier. Providing this support is the first key and urgent step.”

But in 2022, how easy is it to travel by electric car, and how likely are we to stay on the upwards trajectory of purchase power?

Research into green technologies by Esade’s Daniel Arenas found that consumers who have positive experiences of environmental products are more likely to adopt them into their daily lives.

“Green technologies often require changing social norms and people’s expectations,” he says. “This is not an easy task: social innovation is a two-way street. Without consumers, innovation would never make it to the market.

“Our research findings show that fearful consumers can hinder social innovation and that one of the keys to increasing a product’s chances of success in the market is to tap into people’s expectations, fears, habits and routines. Why? Because direct and indirect interactions with consumers during the development phase create physical experiences and positive emotions that counteract potential fears.

“Our interviews with users who participated in test drives of electric vehicles showed that this hands-on experience had a positive effect on their perception of the technology. Users quickly started to adopt new behaviors such as forward-looking and energy-saving driving. The test-drives also triggered positive emotions such as joy, interest, and excitement, or at least reassurance and comfort.”

But in reality, how positive the experience is for the electric car driver varies wildly according to the country you’re in.

Depending on the model, a fully charged electric car will travel between 160 and 480 kilometers. For short, round trips – shopping, commuting, or providing the parent taxi service – the distance covered should be more than sufficient. But what happens when you want to go further afield? The positive perception of a journey in an electric car will be curtailed significantly if you find yourself stranded on a roadside with no charging point within reach.

According to the global survey organization Statista, China is leading the way in publicly available electric charging points by a significant margin, with 1,140,000. The USA comes in second, with 113,500 – perhaps unsurprisingly, given the sheer scale of the two countries.

Unfortunately for Europeans planning a summer road trip in an electric car, provision is limited. The Netherlands leads the way with almost 85,000 public charging points, with Spain limping in last with just 8,000.

Carlos Sotelo is the founder and CEO of Europe’s leading electric mobility brand Silence. Speaking at the January 2022 Matins Esade session, ‘The challenges of zero-emission urban mobility’, he explained how achieving zero vehicle emissions isn’t as simple as achieving an increased market share – the responsibility lies with cities to enhance infrastructure.

“European cities must commit to sustainable mobility in urban areas, together with electric vehicles and pay-to-use systems rather than private transport to reduce congestion,” he said.

And, if we want to say goodbye to the fossil-fuel pumps within 18 years, European cities need to significantly improve their commitment to infrastructure supporting all electric vehicles – domestic and business.