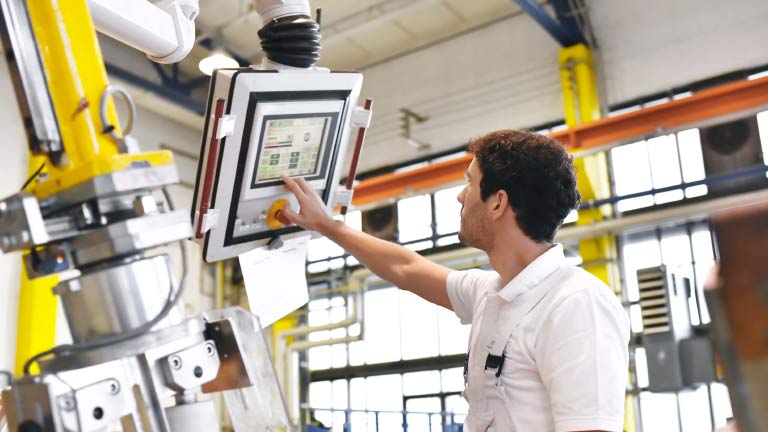 Will automation create more jobs than it will destroy?

The digital revolution will introduce critical changes in the labour market. New technologies will optimise production processes and automate many tasks and jobs. Is automation a major threat or an opportunity to save jobs?

In 2015, Oxford Professors Carl Benedikt Frey and Michael Osborne  predicted that machines could replace 47% of existing jobs. Their prediction included not only blue-collar jobs but also others that are supposedly more difficult to replace, such as acting and modelling. In fact, some companies already using artificial-intelligence models in their commercials.

Other experts, however, predict a less dramatic future: creativity, emotional intelligence and cognitive flexibility are human qualities that robots will never be able to replace. This fact will prevent robots from taking over the job market.

In a study entitled A future that works, the McKinsey Global Institute argues that while 60% of jobs have at least 30% of their tasks that are automatable, only 5% of existing professions can be completely automated. ManpowerGroup’s Skills revolution report also predicts that 65% of jobs in the labour market of the future have not yet been created.

Beyond the predictions on how robotics and automation will impact the labour market, the following points are widely accepted:

In this job-destruction-driven scenario, several questions emerge. What  role will humans play in a future where automation replaces many tasks? What will life be like if work stops being at the core of our lives? How will we be able to guarantee a dignified life after jobs are destroyed? As Erik Brynjolfsson and Andrew P. McAfee asked in Foreign Affairs, will humans go the way of horses?

What  role will humans play in a future where automation replaces many tasks?

The digital revolution raises an additional question: Will it be necessary to provide a guaranteed minimum income to protect people who do not have access to employment?

Some governments, including those of Canada, Finland, the Netherlands and Catalonia, have introduced basic-income pilot schemes. Strictly speaking, these government-backed tests are not a basic minimum income but financial aid for families with insufficient resources.

Along these lines, the European Union is analysing whether or not it would be good to introduce a guaranteed minimum wage for all of its member states.

This possibility raises another question: Will robots have to pay taxes? Or technically speaking, will companies that use robots have to pay a fee to cover the government’s costs of aiding the unemployed to ensure a dignified life? Although this may sound like a futuristic idea from Isaac Asimov’s I, Robot (1950), it is in fact a real proposal included in a European Parliament report with recommendations on civil law and robotics.

Given the difficulty of determining what a robot is (Is a Thermomix a robot?) and our interest in preventing innovation from slowing down, other proposals have called for public pensions to be financed through higher taxes on capital gains.

The debate on the future of work goes beyond the impact that robotics and automation will have on the destruction and creation of new jobs.

The digital revolution is also introducing additional changes in the workforce that can threaten employees’ fundamental rights:

The high levels of personal data available are increasing the amount of information companies have about their employees’ behaviour during working hours, but also about their preferences, political tendencies, sexual orientation, attitudes, activities, etc.

In the future, it will become crucial to really guarantee people’s fundamental right to personal data to assure that companies only have access to the strictly necessary information (GDPR’s data-minimisation principle).

It will also be critical to take steps to prevent companies from using personal data to make decisions – such as hiring, promoting or firing – on the basis of variables unrelated to the job.

Technology also allows more advanced forms of employee control and monitoring: from traditional systems such as surveillance cameras or geo-localisation services to more sophisticated ones such as virtual assistants like Alexa, which are constantly extracting data.

Algorithms have biases that can perpetuate existing discriminatory situations

When work-related conflicts derived from these forms of control arise, it will be crucial to establish ways of ensuring that employee privacy rights are respected.

3. Equality in the workplace

New technologies are also threatening equality in the workplace. The use of big data and sophisticated algorithms to adopt business decisions can lead to discrimination problems.

Algorithms have biases that can perpetuate existing discriminatory situations instead of objectivising and neutralising decision-making.

The future of work poses many challenges. New technologies have the potential to create new jobs but also leave many risks out in the open. Governments, companies and citizens will need to shape a future of work that holds opportunities for all.