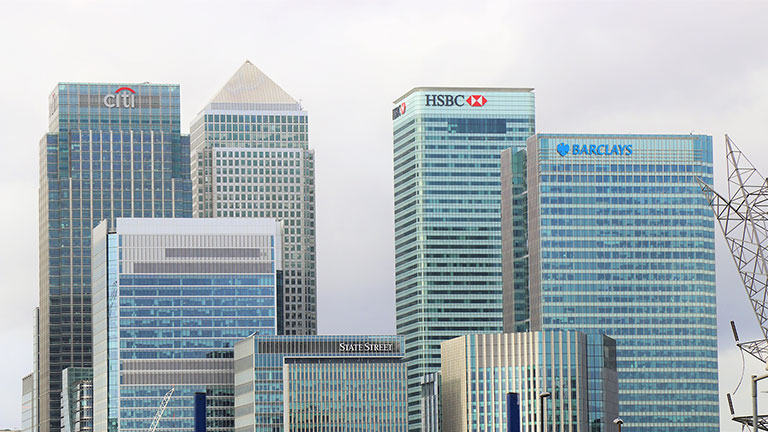 The Troubled Asset Relief Program (TARP) was a key intervention made by the US government in response to the global financial crisis of 2008. It allowed the US Department of the Treasury to purchase up to $700 billion of toxic assets and equity (later reduced to $431 billion) from financial institutions and was one of an unprecedented number of government interventions into the banking sector.

The bailouts were intended to strengthen the sector in the face of crippling losses. But research from Esade’s Luca Del Viva and Eero Kasanen, with co-authors Anthony Saunders (Stern School of Business, New York) and Lenos Trigeorgis (University of Cyprus and MIT Boston), reveals that rather than resulting in a more cautious approach, the TARP bailout program increased the likelihood of banks risk shifting and taking lottery-type risks.

The authors, writing in the Journal of Corporate Finance, say the findings have important policy implications about lottery behaviour in banking, and the inadvertent impact of government bailouts in promoting lottery-type gambling with bank equities. Specifically, the paper provides an innovative application of lottery theory to bank risk taking and government bailout support.

Lottery stocks resemble gambles and traditionally have frequent small losses (the price of the lottery ticket) in exchange for potential high gains (winning the lottery). This definition applies also for the banking sector, where government bailout guarantees and subsidies, might work as additional layer in preventing losses and obtaining high ruturns (winning the lottery).

Limited losses with the potential for extremely high gains provide an attractive prospect for speculative investors. The result, say the researchers, is that rather than containing excessive risk, the TARP bailout increased the risk-taking and risk-shifting of many big banks – behaviour.

Although government bailouts aim to limit bank failure, our findings suggest that they encourage the risk-taking of bailed-out financial institutions

"Combined with retail investor preferences for lottery-type stocks and institutional preferences for containing downside losses, the interaction among government intervention and lottery-related risk-shifting creates a concern as to the likely inefficiency of regulatory bailout-assistance programs," they say.

"Although government bailouts aim to limit bank failure, our findings suggest that they encourage the risk-taking of bailed-out financial institutions. Bank equities should not resemble lotteries; if they do, regulators have to act."

The study is the first to provide evidence on the lotteryness of banks, as well as the first to examine related risk-sharing around bank bailouts. Previous work, considered key research on TARP, found that recipients engaged in riskier practices following bail-outs. However, the paper from Del Viva et al. differs in several key areas.

First, their sample period covers a much longer period (1980 to 2014) and examines the impact on long-term performance. And, unlike the earlier work from Duchin and Sosyura which excluded the largest banks, they specifically study the lottery behaviour of the largest 22 banks that underwent the initial Federal Reserve stress tests. They also track both lottery and non-lottery long-term returns.

Unlike prior literature, Del Viva et al focus on the 'extreme tail' measures – also known as a leptokurtic distribution, when extreme outcomes occur more than usually expected with the resulting graph having a wide or flat 'tail'. Finally, they provide an economic rationale and evidence for higher long-term returns for protected banking institutions with lottery features – a reversal of the lower short-term returns pattern known to be associated with lottery stocks.

"This paper takes a new approach at looking at the 'lotteryness' of bank stocks," they explain. "Our findings on increased lotteryness after TARP bailout are robust across econometric methods and measures of lotteryness, and they are also strong and consistent. The distinct focus on lottery-type risk-taking and the novel measures used in the banking equities context are different from those of the existing TARP literature or the lottery literature on non-financial stocks."

“Of these measures, higher capital requirements would be most preferable as they would be in the regulatory domain and not interfere with taxation or bank operations,” they continue. “From an ex ante perspective, regulators may enhance stress tests that examine the capital position of banks to include the effects of increases in lotteryness scores on bank market and book values one, two and three years into the future.”

These measures would provide an incentive for banks not to view bailouts as an undue advantage, with the restrictions acting as a stick to the bailout's carrot. "Our study may be useful in providing regulators with new tools and points of view, as well as extra risk signals to help identify and monitor persistent bank risk-shifting behaviour driven by bailout guarantees and bank lotteryness," explain the authors.

Further research, they conclude, could examine the value of the threshold that would trigger a capital buffer to reduce the probability of failure.