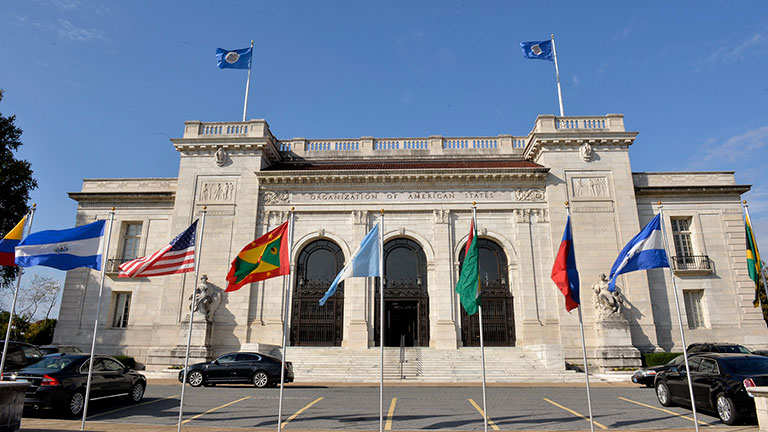 The political and economic links between the USA and Latin America have weakened over the last two decades. On the one hand, China with its appetite for raw materials has burst onto the scene and become the main trading partner of countries in the south and a great source of finance. In addition, economic influence has increased between countries such as Canada, Spain and Latin American countries themselves.

On the other hand, in the wake of the cold war and the decline of the so-called Washington consensus, the USA is far from being a political benchmark that many LatAm countries are comfortable with. Apart from drug trafficking and emigration issues in the Northern Triangle, Washington’s geopolitical focus lies far away from this region.

In the meantime, Latin America has gained importance in US domestic policy. The Latin vote has steadily increased and can now tip the balance in some southern US states. This traditionally Democrat vote has become fragmented, confirming Reagan’s prediction that Latin voters were Republicans but didn’t yet know it.

The origin of migrants is another key factor that drives those from Cuba, Venezuela and Nicaragua, seeking a tough policy for the governments of those countries, into Republican spheres. As we will see later, this grabs a disproportionate part of the limelight and does not help build a constructive relationship.

Despite what was said in the second paragraph, the USA still occupies a key place in the political outlook of the countries in the region. The USA represents many contradictory things at the same time. It is the country that most of their citizens would like to emigrate to, the country where children of the elite choose to study, and the holiday destination that the middle classes dream about.

At the same time, LatAm left wingers continue to regard the USA as the scapegoat that they constantly blame for all their mistakes and the evils their countries suffer. For the wealthiest classes and governments on the right of the political spectrum, the USA remains the anchor to which they entrust their expectations of stability and security.

As a result, the attention that the USA and LatAm pay each other is very asymmetrical. The USA pays LatAm little attention, and LatAm pays the USA a great deal. Besides being asymmetrical, their focal points vary considerably. The USA is disproportionately interested in security issues and what could be called outstanding Cold War problems, starting with Cuba and its followers such as Venezuela.

LatAm countries on the other hand have always regarded their northern neighbour as the driving force of their economic development and have sought trade alliances and flows of capital and investment which, however, have never met their expectations. The USA has never played the same role, for example, as Germany in Europe.

Trump’s presidency has been a good indication of the comparative irrelevance of this region for Washington. Most of his actions have been marked by the demands of his domestic policies, such as his obsession with immigration and keeping his voters of Cuban or Venezuelan origin happy. The best news has been the approval of a new Free Trade Agreement with Mexico, inseparable from the interests of US companies. Apart from that, there has been no news.

The Biden presidency is expected to undo some of the Trump Administration’s measures towards Cuba and try to reduce tension with Venezuela. The attitude towards emigration is also expected to become more balanced, although the shift towards fundamental changes will not be easy. On the other hand, I am not optimistic that Washington’s attention will focus on the region’s needs. There might be a gesture, such as a capital increase for the IDB, but Washington’s strategic interests lie elsewhere.

I recall a conversation with Fernando Henrique Cardoso in which someone bewailed Washington’s lack of interest and commitment to Latin America. Cardoso responded by saying that attention was not always desirable and that it might happen for reasons that were wrong or not related to the interests of the region. He upheld that Latin America should stop worrying about the United States so much and should pursue economic and political development that depended directly on Latin American countries. I agree. It would be better for Latin America to focus more on itself and advance functional mechanisms for combined efforts.