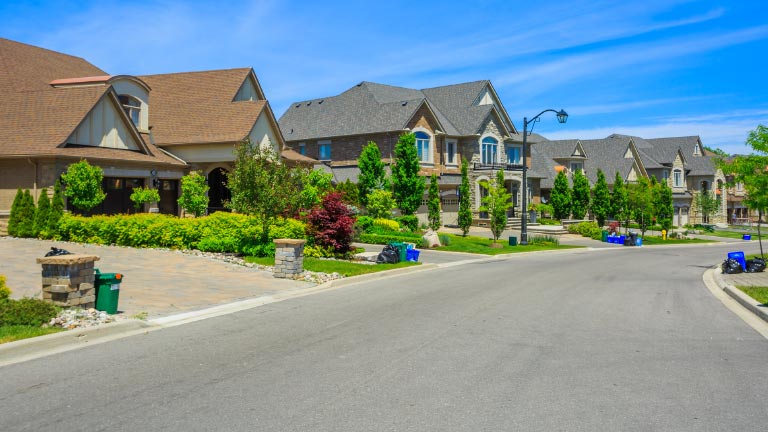 Blockchain technology is an opportunity for the property sector

Blockchain or DLT (distributed ledger technology) is a technology that enables secure transactions and data management between two or more users on a network of interconnected computers.

This technology is structured around blocks of digital information on a scattered and non-centralised database. Its operation enables each of these information blocks to be linked to the immediately previous block, forming chains – public or private – that are shared on a hash system by all authorised participants.

When all the information is complete, it is stored securely and published. From that moment, the information cannot be modified and can only be viewed and verified by those with legitimate access.

The chain block system is used in many applications, but although much progress has been made, it cannot yet be called a completed development.

One of the sectors in which this technology seems to have a future is that of land and property transactions – as well as their corresponding registration.

Blockchain technology is being developed by agencies responsible for registry protection in many countries. Incorporating this technology into property transactions cannot by itself provide legal certainty. However, it can help the guarantors of that security (notary publics and registrars) to increase security as well as efficiency and speed. The Spanish association of registrars has begun pioneering work on this approach.

There are many countries that have begun to use blockchain technology in managing property registration and some are at an advanced stage of development.

The Japanese government has been working for several years to unify all the land registries in urban, rural, and forestry areas into a single accounting book powered by blockchain technology. According to a report by the Nikkei financial publication, Japan intends to consolidate the data from all the property databases into a single visible data record.

The use of blockchain technology in Japan is seen as an opportunity to update the property registries, which in many cases are up to 50 years out of date following the death of an owner, as well as helping in the sale and redevelopment of increasing numbers of abandoned properties.

In Sweden, several phases of a pilot project have been implemented using a distributed accounting system. The Swedish land registry, in collaboration with the blockchain company ChromaWay, is leading a project to designate each property with a unique fingerprint, so that only the first sale needs to be registered on paper.

From that first and only documentary base, the blockchain is responsible for safeguarding, verifying, and modifying the data of each transaction, making the process easier, faster, and cheaper as intermediaries and documents are eliminated.

In the United Kingdom, as part of the commitments made by the government in its public agenda, the land registry (HM Land Registry) has been working for two years on the trial of Digital Street – which aims to ensure that changes in ownership are registered almost instantly. The result will be a more efficient and customer-centric service.

Registration systems vary greatly between countries, but it seems that blockchain technology has come to stay and can help increase – but not replace – legal security in property transactions (despite the opinion of some sceptics).

In the Spanish registry system, the future incorporation of this technology must always respect the prior legal qualification of the subjective and objective elements involved in the transaction. This could be achieved in the genesis chain block.

In addition, the use of this technology must not result in tax evasion: it must be used in a way that guarantees compliance with the tax obligations imposed on the parties.

Perhaps this is the most critical point regarding blockchain technology: it can open the door to money laundering and tax evasion.

Nevertheless, blockchain technology will probably revolutionise the world economy when these problems have been overcome.