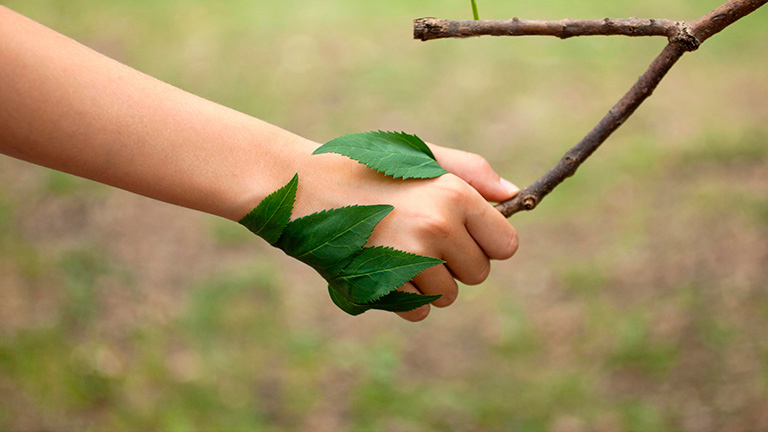 A call to rethink human-nature relationship in the Anthropocene 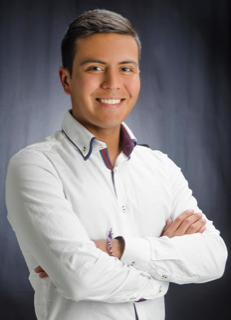 How modern life is organized has negatively affected the life-supporting dynamics of the biosphere, giving way to a new geological time: The Anthropocene. It is the time that comes after the Holocene which took place after the last ice age around 11.700 years ago. The Earth System has changed since then, bringing favorable climatological conditions for many human civilizations to evolve, adapt, and grow.

In contrast, the Anthropocene is characterized by the disruption of important natural cycles and ecological interactions as a result of accelerated human-induced climate change. The ongoing massive extinction of species and degradation of rich biodiverse habitats are driving us to a global socio-ecological collapse.

These changes threaten the existence of not only wildlife and ecosystems' health but humankind's safe operating space. They challenge our ability to organize in a mutually beneficial way with nature and raise an important question: what challenges does organizational science face in the Anthropocene?

Repositioning humans in nature: From Anthro to Eco

In the 30 years following the Rio de Janeiro Earth Summit of 1992, social activism pressure combined with public ecological concerns led to an increase in environmental and social studies. Corporate responsibility and sustainability became salient fields in management and organization research.

It has been decades since new business models for sustainability and strategies to create environmental and social value started to be studied and applied. Global ecological conditions, however, are worsening even though sustainable practices have become more prevalent. The root of such paradox has been attributed to the dominant anthropocentric principles governing business sustainability.

Due to its institutionalized unsustainable principles, the human-centered or anthropocentric worldview has been challenged by critics of managerial studies. Some key characteristics of anthropocentrism are its linear thinking, its fragmented understandings of the world, and a human-nature dualism, which reinforces a categorical separation between humans and non-humans.

Under this worldview, it is assumed that there are no growth boundaries, natural resources are free and unlimited, and humans have the right to reign over other species. Likewise, the notion of value is strongly related to economic and financial indicators, ignoring the intrinsic value of all life forms, regardless of their usefulness to humankind.

Back in the mid-1990s seminal articles by Thomas Gladwin, Ronald Purser and their colleagues pointed out that much of organization theory is based on such a view, proposing a shift toward ecocentrism.

Ecocentrism comes from the Greek oikos which means ’house’ and kentrom, ’center’,and has been used to denote nature-centered ethics. In this worldview, living organisms have intrinsic value, and the world is an interdependent and interconnected system of people, social structures, biodiversity, and the biophysical environment.

Moreover, ecocentrism recognizes that socioeconomic activities are embedded within ecological boundaries and rejects the hierarchical ordering of species in which humans reign over the natural world.

Regenerative sustainability, nature-based solutions and systemic views seem to be promising paths to address the socio-ecological challenges of the Anthropocene. Even so, these topics are still nascent in business sustainability research.

Organizing in the Anthropocene

There are challenges and opportunities in transitioning towards ecocentrism. A first crucial step is to critically acknowledge flaws of the current economic development rationality by articulating managerial and critical epistemologies. According to a recent publication by researchers Seray Ergene, Subhabrata Bobby Banerjee, and Andrew J. Hoffman, this requires rethinking the economic view of nature, its focus on shareholder wealth maximization, and wealth accumulation at expenses of ecological destruction and social inequality.

Instead, we should find alternative and collaborative forms of organizing that aim to holistically address the common goal of enhancing ecological resilience and regenerative rates. This suggests business organizations need to rethink their purpose, mission, and success indicators.

On the one hand, managerial epistemologies rely on the idea that technology can solve environmental issues through market-based solutions, efficiency, and governance means. In contrast, a critical view calls for a more comprehensive understanding of social-ecological issues.

In this sense, effective action should consider (re)learning from indigenous knowledge, and natural rhythms and laws. There is an opportunity to approach environmental issues through interdisciplinary collaborations to bridge ecological, social sciences, ancestral regenerative practices.

A second challenge is to shift the way we perceive and understand socio-ecological dynamics by transitioning from realistic to relational ontologies. A realist ontology detaches humans and the natural environment and legitimates human privilege to dominate, control, and exploit natural resources. This anthropocentric view makes interpretations of natural issues independent from social and human domains.

Alternatively, relational ontologies acknowledge the mutual relation between humans, natural elements, and other species. This gives us the possibility to combine multiple development visions, beliefs, and value systems. For business organizations and individuals this is a chance to articulate different perspectives from climate change ethics, deep ecology, feminist environmental ethics, and intergenerational justice.

Our relationship with other animal species

Relational ontologies, in essence, imply a more comprehensive understanding of value systems and an acknowledgement of nature's intrinsic worth rather than merely its utilitarian value. In light of this philosophical view, I wonder how ethical and sustainable our diets and lifestyles are.

Meat production is the clearest and proximate example of human dominance over other animals. On the one hand there are ethical concerns about farming animal exploitation and indiscriminate fishing practices. On the other hand, livestock is one the major contributors of green-house gasses (GHG) such as CO2, methane, and nitrous oxide according to a United Nations report and recent scientific studies.

Besides generating large amounts of GHG, livestock demands a lot of water, grains for animal feed such as soy, and land. For instance, deforestation and biodiversity loss in the Amazon are primarily caused by the expansion of cattle.

Why are we not studying ways to organize in a more harmonious way with other species? Increasing irreversible changes on our planet are forcing us to reflect on our transition from anthropocentrism to ecocentrism and how they apply to the way we live and think.

It is important to take individual responsibility for the climate emergency, to reduce emissions as much as possible, and of course, to shift to a plant-based diet. Going vegan, for instance, is not only a way of readdressing our mutually beneficial relationship with animals and ecological systems, but also a consumption choice with a high impact in reducing our ecological footprint.