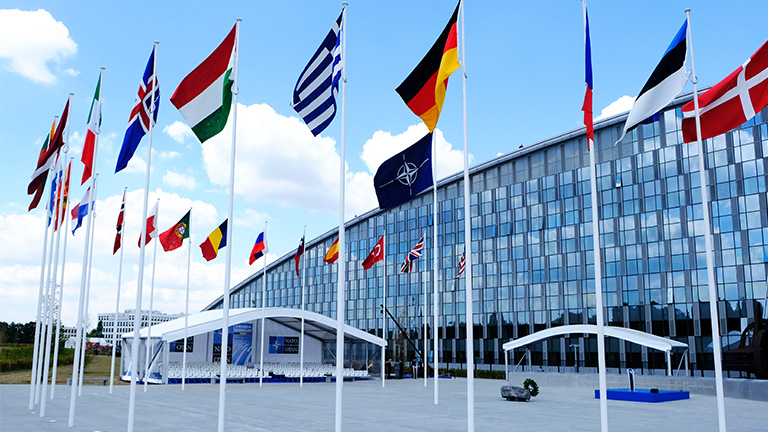 Can NATO overcome its “biggest crisis in decades”?

Last week, Jens Stoltenberg, the secretary general of NATO, outlined a new strategic concept for the global alliance of 30 countries at the 32nd leaders’ summit in Madrid.

As well as signing the accession protocols to mark the start of the ratification process for Finland and Sweden – taking the number of member states to 32 -- Stoltenberg described “a blueprint for how to take NATO into the future in a more competitive and dangerous world.”

Speaking to assembled leaders of NATO members including US president Joe Biden, Canada’s prime minister Justin Trudeau, and the host country’s president Pedro Sánchez of Spain at the start of the three-day meeting, Stoltenberg declared that the summit would be transformative, “because we will make historic decisions.”

Javier Solana, president of the Esade Center for Global Economy and Geopolitics and former secretary general of NATO, agrees. The geopolitical shifts caused by Russia’s invasion of Ukraine and the NATO membership application submitted by Finland and Sweden, he said, resulted in an historic leaders’ summit.

“[The accession of Finland and Sweden] will result in Russia having 1500 more kilometers of borders with NATO,” he pointed out during a conversation with RTVE journalist Anna Bosch at the 12th annual conference of Esade alumni in Madrid.

“NATO has shown itself to be indispensable for Europe’s security and the best guarantee of their national security for a growing number of countries,” he wrote. “One of the most important consequences of the war in Ukraine has been Finland and Sweden’s applications to join NATO – two countries with all the credentials to contribute positively to the Alliance. Following Danish citizens’ recent decision to join the European Union’s defense policy, the institutions that form the basis of European security are becoming increasingly aligned.”

Summit history was certainly made in terms of the number of leaders present. New Zealand’s Jacinda Ardern, who earned praise for her strong leadership during the covid pandemic and the country’s very low infection rate, Australia’s recently elected prime minister Anthony Albanese and South Korea’s Yoon Suk-yeol represented an Indo-Pacific partnership taking part in the leaders’ summit for the first time. Ursula von der Leyen and Charles Michel, presidents of the European Commission and European Council respectively, contributed to the world leaders’ debate on behalf of the European Union.

It's an impressive roll call of the world’s most influential people - perhaps unsurprisingly, given the global events that have prompted a radical change in strategic direction of the alliance.

“The Strategic Concept of 2010 does not include China and mentions Russia as a strategic partner,” notes Ángel Saz-Carranza, director of the Esade Center for Global Economy and Geopolitics. “The world is radically different today. For many years, the Anglo-Saxon world was opposed to developing a more autonomous EU. Today, there is greater consensus in terms of a European strategic military autonomy, with the aim of complementing NATO's efforts.”

In the new 10-year strategy, NATO allies recognized Russia as “as the most significant and direct threat to Allied security” and announced “the biggest overhaul of Allied collective defence and deterrence since the Cold War.”

Boosting cooperation amongst allies and an ‘open door’ policy to aspiring members, strengthening deterrence and investing more into defense, supporting Ukraine and other partners at risk, adapting the alliance to emerging challenges, and recognizing challenges from the south – with China’s growing influence identified as a threat for the first time – are all NATO priorities for the next decade.

Since NATO was founded by its 12 founding members in 1949, its expansion across Europe has provided a seat at the negotiating table for an increasingly diverse range of leaders. The ascension of 14 Central and Eastern European countries between 1999 and 2020 played a significant role in a unified Europe, with Finland and Sweden now strengthening the northern alliance.

And Stoltenberg is confident this expanded and enhanced alliance will deliver its new strategic goals.

“With 32 nations around the table, we will be even stronger and our people will be even safer, as we face the biggest security crisis in decades,” he said.