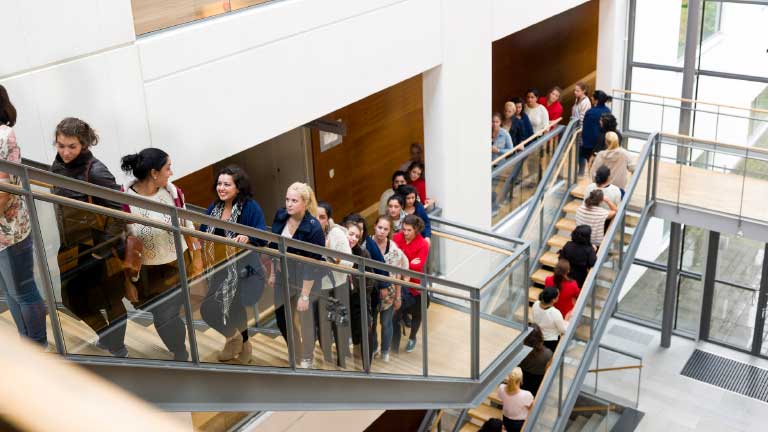 Can bureaucratic nightmares be prevented?

This article is based on research by Teresa Duplá

It doesn't matter what part of the world you live in. Anyone who has had to deal with public institutions has faced a bureaucratic nightmare at some point in their life.

Citizens and governments can have challenging relationships. When conflicts arise, citizens can be dragged into time-consuming legal disputes that can end up in bureaucratic loops and endless déjà vu appointments and phone calls.

In her research in the journal Diario la Ley, Esade Professor Teresa Duplá describes how to make conflicts between citizens and government less cumbersome.

The key to solving administrative conflicts faster lies in mediation

Based on goodwill and mutual interests, mediation is a method of collaboration between public institutions and citizens in which both parties voluntarily agree to find a solution.

In Spain, public institutions have already started to introduce this method as an effective instrument for managing conflicts. "This method helps decongest the excessively slow legal system," Duplá explains. "It also facilitates agreements that respect the complex equilibrium between private and public rights."

Mediation is a promising method for solving administrative conflicts

Mediation is a promising method for solving administrative conflicts. It favours the exchange of opinions and interests between citizens and government without the legal hurdles.

"In the Spanish legal system, trying to solve administrative problems through standard legal procedures takes, on average, more than a year. Mediation can cut down this time substantially and help both parties find quicker solutions," says Duplá.

Mediation processes help bring the two sides together to tackle problems without having to go to court. This method is effective because it protects the general interests of both parties.

When a problem can be solved through mediation, it places the two parties on equal footing, allowing them to negotiate at the same level to find a mutually beneficial solution.

Mediation arose from the need to desaturate the legal system, which strives to increase effectiveness without reducing the rigour of court rulings.

Duplá warns: "One reason the legal process is so slow is the persistence of specific government privileges. We urgently need to put a stop to and simplify excessively lengthy procedures."

To date, public institutions had an advantage since, in the absence of an agreement, they could impose a unilateral resolution following their own criteria. This was justified by their superior position as institutions with authority tasked with protecting the general interest.

In Spain's legal system, eight out of ten administrative law appeals are denied

But such unilateralism obviously does not encourage the parties to reach agreements or rectify. It disregards the potential benefits of mediation and the possibility of going back to previously discussed agreements that could have solved the issue without legal hurdles.

How to implement mediation in the Spanish legal system

The strength of mediation lies in its personalisation for each procedure. In Spain, despite its multiple benefits, mediation is still very rare in government procedures.

Mediation could be implemented in the Spanish legal system in several ways. One would be to create a legal unit led by a member of the Justice Administration or a person with broad knowledge and experience in mediation processes. Another option would be to create a list of mediators and make it available to the judicial authorities.

In Spain's legal system, eight out of ten administrative law appeals are denied. This is indicative of the limits of its legal system. In contrast, the agreements obtained in mediation processes are mostly aligned with the expectations of both parties, which means they are rarely challenged in court.

"Mediation increases the number of voluntary agreements and the satisfaction of both parties involved. It reduces conflict from the very start and prevents new problems and future relapses caused by the difficulties of executing a court ruling," concludes Duplá.

Next time you have to deal with time-consuming administrative proceedings, give mediation a try. It may save you legal headaches.