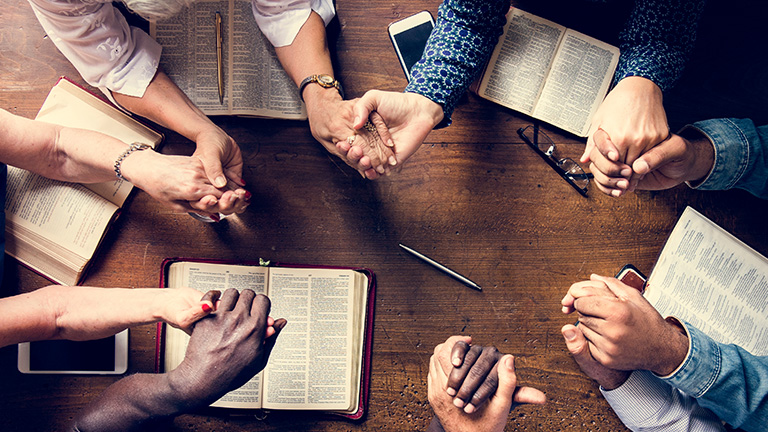 Within the framework of an international debate on formation and religious diversity held at Esade ("Jesuit Student Formation and Religious Diversity"), Do Better had the opportunity to explore the perspective of Sali Augustine, a professor at the Faculty of Global Studies at Sophia University in Tokyo. In this interview, Augustine shares his reflections on formation, confronting secularity, and diversity.

1. In today's world of growing mistrust between the West and countries such as Russia, China, and India, dialogue between cultures is essential. What can spirituality contribute to this dialogue?

The world has been divided and what we see today is a much more connected society compared to the past, which we call the ‘global society’ (a multitude of global interactions put together under the broad heading of globalization, varying from the expansion of cultural and scientific influences across borders to the enlargement of economic and business relations throughout the world). I live in Japan, and we know that Japan opened to the world in the 1860s after almost 250 years of isolation. Even in the present form of globalization, the world has been divided in numerous ways (such as during the Cold War). We now see a growing mistrust among certain nations or regions and their ideologies. Yet, when we look at our past and the process towards the present, we can see various types of dialogue have been happening to make today’s world.

Connectedness, networks, and collaborations between nations happened through various forms of dialogue. Internet connections (both hard and soft) are a model of how we are linked between nations and between people and these are the result of dialogue. Even though we are in an anarchic type of international relations, the expansion of cultural and scientific influences across borders takes place behind the enlargement of economic and business relations throughout the world. Political and economic negotiations are underway for profit-oriented globalization. However, mistrust and divisions among cultures, religions, ideological groups grow despite our effort to make a better society. Therefore, dialogue is essential to encourage a greater understanding of diversity and universal values.

Spirituality has a vital role in contributing to the process of dialogue. Modern society results from thinking about how to make society better. For example, the concept of the Universal Declaration of Human Rights and its implementation (with conditions and limitations) is supported by a larger understanding of human values, founded on an extended spirituality.

There is a compelling need in the contemporary world to ask questions about the economics and politics of globalization, and about the values, ethics, and sense of belonging that shape our conception of a better world. One of the issues is the compartmentalization of spirituality based on religions. We should have a firm base in a spiritual tradition. But we live in a secular world, and we cannot deny the secular. We need to understand a spirituality that includes the secular. Religion should also refresh its positions for a ‘spirituality for humanity’. This could help prevent mistrust, abuse, divisions, and violence, and protect human dignity and life. But this will demand a wider collaboration of religions and unaffiliated people who make their own contributions to a spirituality for humanity.

2. Although the number of believers has continued to grow, the number of people who consider themselves agnostic or atheist has also increased. Why is this?

There were predictions that the world would become more secular. But the fact is that religious believers all over the world are growing – except in Europe. People turning away from a religion in a mono-religious context may be called agnostics or atheists, but I think they could also be included in the category of ‘unaffiliated (to any religion)’. They are also growing in number and reached 16% in 2016. In Japan, for example, many would identify themselves as unaffiliated rather than agnostic or atheist. I think it is understandable in the Japanese context that people do not want to be atheists and would rather remain an equal distance from all religions and so be able to participate in any religious function. Those Japanese who identify themselves as unaffiliated may have their wedding in a church, and a funeral in a Buddhist ceremony. That would be a typical Japanese secular style.

There is generally a drop of religious adherence in economically and socially developed regions like Europe and Japan. In contrast, in the regions where religion is growing, the socio-economic gap is persistent. In certain regions, religious illiteracy and a lack of critical understanding of complex religious influences make people depend on religion and religious communities. Scientific and critical approaches have helped to create a secular society, where human rights and freedom are respected, and less social dependence is needed to achieve them.
A major reason for this change is the possibility of remaining distant from religion and yet remaining within society. Such a society is viewed as a secular society and has become possible with the altered conditions of belief. For example, human rights protect our right to believe or not, and so a new type of ‘expressive’ individualism takes form in developed nations.

3. How would you describe the opportunities and challenges of religious diversity in Japan?

Japan may no longer be a religiously diverse country. Contemporary Japan is a secular society. It may be due to the freedom of religious belief in Japan and the separation of church and state that there is minimal government intervention in religious affairs. There is also an interesting statistical mystery in Japan. Its total population is 126 million while the population of religious adherents is a complex mix. According to a study conducted by the agency for cultural affairs in 2018, Japan had 182 million religious adherents as of 2016 – which outnumbers the total population. This is based on the statistics provided by the religious groups. Most Japanese people today declare themselves as ‘unidentified’ to any institutional religion. In a survey by the International Social Survey Program in 2018 among Japanese adults regarding their faith, only 36% said they belonged to a religion while 62% identified as unaffiliated. This is a 1% increase on 2008. One of the reasons for this mysterious mixture is that there is an intermingling between the indigenous Shinto faith and Buddhism. But ‘un-affiliation’ is a modern phenomenon and part of the secularization of religion and politics after the Second World War, when economic development, religious freedom, and dependence on scientific and technological results followed the failure of a religious-nationalism based on the Emperor God.

There is a secular spirituality working in Japan and it is obvious in their discipline and ethics in social, moral, and personal values, and commitment not to disturb others. Religion may be less visible, but secular values are based on basic religious concepts and traditions.

However, this also leads to severe individualization, isolation, and loneliness that leads to psychological depression and sometimes suicide.

4. How have you experienced your integration in a society such Japan, and has spirituality been a meeting point?

I am originally from India, which is a diverse society of all religions. I was brought up among Hindus and Muslims and was able to have cross cultural interactions before coming to Japan. But Japan influences me with its own spirituality, its original values, respect for nature, commitment to work, and non-interference (meiwaku kakenai = do not disturb others). Even though unaffiliated to any religion, the honesty, respect for others, and attitude of non-interference are helpful for making a peaceful and harmonious society. I think we have many things to learn from Japan, but at the same time Japan may also learn from others to become more multicultural.

Religious dialogue is an issue for many countries in Asia, but it is not only religious dialogue but a dialogue between religion and the unaffiliated or the secular that is important in Japan – and I think it is high time for Christianity to also shift its focus in the same way.

5. How do Jesuit institutions deal with religious diversity? How does Sophia University in Tokyo, where you are working, deal with diversity?

Sophia was blessed to receive his Holiness Pope Francis in our campus in November 2019. Pope Francis mentioned in his message to the Sophia Family (including students, parents, faculty staff, and graduates) that “The Ignatian tradition, on which Sophia is based, ought to inspire professors and students alike to create an atmosphere that fosters reflection and discernment. No student of your university should graduate without having learned how to choose, responsibly and freely, what he or she knows in conscience is best.” I think the Pope’s instructions were accurate with what we have been teaching through our educational principle: “For Others, With Others”.

Sophia University is a Catholic university in a society where only 0.3% of the population are Catholic. Our students resonate a little more than the national average, but most students either belong to Japanese religions or are recognized as unaffiliated. Yet, all students must take a four-credit course in “Christian Humanism”. These courses are offered with a view that all students may be able to reflect on human values based on an academic discipline and supported by Christian perspectives.

6. What is the relationship between spirituality and training?

I think this is a very relevant question today. I am a Jesuit and had to go through a period of various trainings. As I had a long period of academic training, I believe the spiritual training I received throughout my formation period has helped me to be myself. I had my first spiritual training from my parents and religious formation before joining the SJ. But the experiences of going through various forms of spiritual exercises and experiments opened my understanding of life, relations, values, and meaning.

We need proper training in spirituality so that we may grow. A narrow spiritual training can make us naïve. I think spirituality is partially cultivated and partially given. St. Ignatius believed and practiced that a good training by a good coach can make people grow. That is why the value of the “Spiritual Exercises” continues today. When our view of our identity is rooted in the Divine, rather than in human personality or physical limitations, we discover a more secure and whole sense of ourselves – which brings about healing.