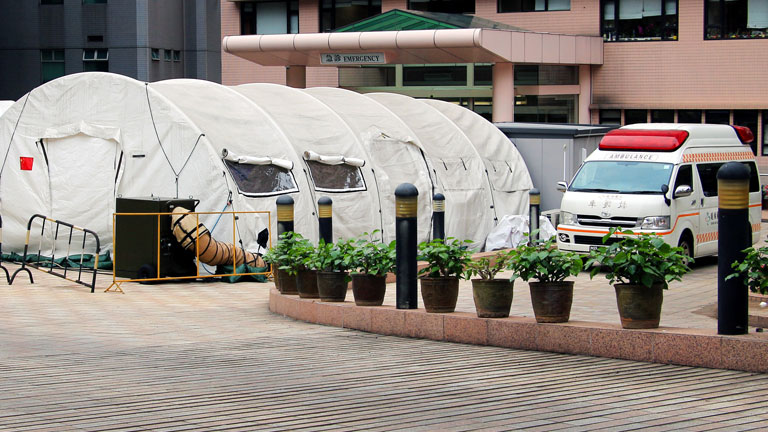 The feasibility of necessary reforms in times of denialism

“Why is it,” asked the Harvard professor of economics Alberto Alesina in a 2006 article, “some countries implement economic reforms quite sharply and quickly, whilst others dither and let significant costs build up?” Similarly, as Juan Francisco Jimeno pointed out in a more recent post with reference to Spain, certain structural reforms becoming increasingly necessary, now seem less politically feasible than ever.

Both comments take us from a scenario that explains the best group decisions for a given situation to one where the effectiveness of such decisions is what matters. In other words, from designing public policies to the “political economy,” i.e. the study of the factors and processes that enable implementation.

Major reforms are tightly interwoven with politics and the economy. In one well-known definition, Sarah Collinson refers to the political economy as “the interaction between politics and economic processes in a society," a close-knit interdependence that cannot be sidelined by those seeking to change the status quo in any social landscape. In the words of the Chilean academic and former minister Alejandro Foxley, “Economists don’t only have to understand economic models – they must also understand politics, interests, conflicts, passions: the essence of life in society."

The Covid-19 fallout will trigger a far-reaching recession

Few people would deny that taxation, the management of public expenditure, employment, education and pensions are just some of the inadequate areas of public policy in Spain.

The Covid-19 fallout will make these untackled areas increasingly obvious and trigger a far-reaching recession, and yet the political system seems unable to metabolise and address these challenges by pressing ahead with reforms that equip us better to deal with the future.

Most of the time, this inability is not due to a lack of evidence. Today’s overwhelming availability of data and analytics makes it easier than ever to find empirical grounds for diagnosis and answers. As a result, considerable consensus amongst experts is not unusual. This consensus about what should be done sometimes even includes political agents, particularly when they interact outside the public gaze, far removed from the media spotlight.

This is the case of education in Spain, according to Toni Roldan and Antonio Cabrales in the recent EsadeEcPol policy brief which they say they were driven to write “by the realisation that today’s consensus about educational reform between political parties and in the teaching community is far broader and transversal that can be inferred from public debate."

On the basis of a 2018 study by Lucas Gortázar, they presented a long list of the basic challenges facing the Spanish education system, which the Sub Commission for an Education Pact in Spain’s lower house of parliament, after 18 months of discussions and 80 sittings, reached consensus on “with regard to both the diagnosis of the deficiencies and the solutions." But, once again, the goal of using this consensus as the foundation for a political pact was thwarted.

Why then, even in the absence of significant consensus based on evidence and what it means, are some changes implemented? A generic, timeless answer is the considerable autonomy with which politics often keeps expert knowledge at arm’s length due to the different logic applied in the two fields, as highlighted in this article by Koldo Echebarria.

However, a closer look at the social landscapes in which the decisions of governments are defined and implemented reveals key factors that complicate the link between evidence and politics even more.

Firstly, today’s world of uncertainty makes individuals and communities seek security and makes them more receptive to simplistic, false reassurances about problems. Secondly, the increase in inequality in the wake of the great recession of 2008 has broken societies and fuelled a victim mindset and mistrust of senior politicians.

Furthermore, the external drawbacks typical of the dark side of technological disruption mentioned in this post, have made many people fear the future. This melting pot of social perceptions is a breeding ground for the spread of political polarisation and populism in public governance.

Pierre Rosanvallon's latest book, brilliantly reviewed by Rafael Jiménez Asensio in a recent post, argues that populism is not only embodied by the far right and far left ends of the political spectrum, but that its transversality affects how politics actually happen.

To a certain extent, the tendency to resort to the population rather than to elites and experts, the "them against us" mindset, the narcissist exaltation of differences with adversaries, Caesarist leadership, the discrediting of expert knowledge as "technocratic," the appropriation of institutions by parties and the temptation of protectionism are all part of today’s political landscape.

These settings are not ideal for evidence-based policies, particularly as regards structural reforms that extend beyond short political mandates and require long-term outlooks and broad-based consensus.

On the contrary, the approachable applications of this "new politics" such as the search for simple, hard-hitting messages, conversations designed to heighten tribal identities, content customised to cater for politics playing to the gallery, and the increasingly frequent manipulation of social networks by trolls, bots and fake news, all conspire against the persuasive power of evidence and its deep entrenchment in the social conscience.

And yet, like the dinosaur in Monterroso’s micro-story, the obvious necessities are still there, calling out to society and challenging it to find forms of collective action able to make them feasible. The time has come for those in charge of reforms to turn some of their attention from policy content to examining these feasibility conditions, and think about the changes in terms of the key factors for implementation.

This sort of thinking makes it advisable to ask questions typical of political economy and institutional change literature that are often overlooked by those in charge of economic analysis and policy evaluation. Without attempting to list them all, here are some of these questions.

How does the context operate?

The ability to pinpoint and take advantage of elements of social pressure or disruptions that facilitate reforms may be crucial. Most experts, including John Williamson in this paper, believe that crises and changes in the political cycle are usually ideal scenarios for questioning the status quo and are windows of opportunity not usually found in more stable contexts.

In this respect, the earthquake triggered by the pandemic will probably pave the way for contexts of this sort that can be analysed to facilitate reforms not possible in previous scenarios.

Which discourse of change?

Reforms must reveal the cost of maintaining the status quo whilst showing that they can be highly beneficial for most of the population. The reform discourse, as Stuti Khemani of the World Bank explains in this article, must skilfully deal with the counter arguments of those trying to block reforms or distract the population with non-core factors of policies, such as certain ideological or religious issues (sound familiar?). This is why, as Khemani says, communication is not an optional extra but a core element of the reform process.

A political analysis of the scenario, including agents, persons affected, interests, expectations, obstacles, etc, will make it easier to identify possible supporters and create alliances able to overcome resistance to change. Negotiating is, therefore, crucial.

Successful reforms often entail the integration of conflicting interests that might converge at a given moment, providing, as Khemani emphasises in said article, that the cost of opposing the reform is higher for certain stakeholders than the compensatory mechanisms that might be negotiated.

Scale and framework of reform

The systemic transformation of a policy area or a bundle of small reforms moving in the right direction? A reform at the top of the political agenda whose visibility is a lever for change, or a low-key reform implemented discreetly to minimise resistance?

The answers are idiosyncratic and contingent: they depend on social and political factors that all need to be analysed in depth.

The purpose of legal reform

This issue is directly linked to the previous one. Formal institutions are, of course, easier to change than informal institutions. In addition, amendments that repeal earlier regulations shine the spotlight on their proponents. This why the law is the favourite reform mechanism of those forming the government.

However, as Michel Crozier recalled yeas ago, society cannot be changed by decree. In the case of some reforms, legal amendments are not the best solution or regulations must be combined with more effective mechanisms (governance measures, provision of resources, incentives, etc).

In highly uncertain contexts where the success of certain policies, even those based on available evidence, is not guaranteed, making reforms means designing and fostering social innovation.

Whether the idea is to reduce the school drop-out rate, introduce a minimum wage or legislate on AI developments, to name but a few examples, innovative public policies require experimental frameworks to be implemented. The political consensus necessary for this requires a particularly sophisticated political economy able to balance the transparency and accountability of the experiments with the political rewards at stake.

In short, the advancement of reforms means that thought must be given to the opportunities, visions, capabilities, incentives, conflicts, negotiations and leadership as a whole that are needed in order to implement them. As Jimeno says in the book mentioned earlier, not only the design but “…the management of reforms is fundamental.”

Contents and evidence are essential – but not enough. The academic world must contribute by pinpointing not only the necessary changes but also the pathways to help make them feasible. It may, as Dürrenmatt wrote, be sad to have to fight for what is obvious but over the centuries this struggle has always been a challenge for the collective action of humanity. In today’s world, perhaps more than ever.