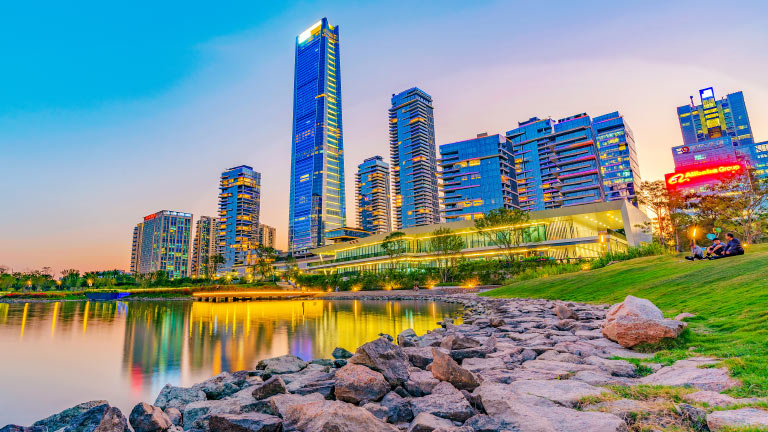 Progress and protection: the agenda for good governance in disruptive times

Alongside globalisation, the technological revolution is changing the world we knew. As a character in a recent cartoon by El Roto in Spanish newspaper El País said: “I don’t know where I’m going but if I stop to think about it, they’ll beat me to it.”

Never before in the history of humanity have such profound scientific advances and socioeconomic transformations been made at so great a speed.

The mutations extend into every sphere of human activity and every economic sector, affecting the behaviour of individuals, organisations and social groups. Inevitably, they are also going to have an impact on the role of the State, its institutions and its ways of working.

When talking about our times, let’s make one thing clear: the world has never been so prosperous or peaceful, nor so capable of making incredible advances and making them available to the people.

Two recent books, by Steven Pinker and Hans Rosling, reveal evidence of improvements in the overwhelming majority of human development indicators, ranging from life expectancy to security, through poverty reduction, peace and democracy.

On top of these foundations for progress, the exponential acceleration of technological change also opens up avenues for prosperity and well-being unimaginable until very recently. For today’s public systems, leading the innovation necessary to tread those paths is an unavoidable task.

Leading innovation in today's public systems is an unavoidable task

But technological disruption also has a dark side. It creates these immense opportunities but at the cost of great uncertainty; it occurs in the context of a major environmental emergency, inherited from the deterioration accumulated during centuries of industrialisation; and it brings to the surface new risks, costs, problems and groups of losers who demand the attention of the public authorities.

The areas of such striking vulnerability occupy a large space in recent public debate. Without purporting to be exhaustive, we summarise in the following paragraphs some of the areas that are most attributable to the technological changes of recent years.

The technological revolution has created a strong tendency towards business concentration

This incomplete list of collective threats and challenges has a common denominator. They are all complex issues that are a consequence of economic, social and technological progress, for which scientific and technical knowledge has not produced registered and available answers. They cannot be solved by implementing previously known public policies, contingency plans, regulations and procedures.

The solutions have yet to be created, and the process for creating them is affected by numerous areas of uncertainty, dilemmas, conflicts of interest, clashes of traditions and disputes relating to values. Only experimentation and evidence can facilitate this transformation pathway. Building governance models that make this path viable constitutes a significant, difficult but unavoidable challenge.

The United Nations 2030 Agenda illustrates this paradoxical social reality, which forces societies to face up to the challenges of progress and protection simultaneously and requires them to draw up complex social innovation processes for that purpose.

The objective is twofold: on the one hand, to take advantage of the enormous opportunities available for growth and prosperity; and, on the other, to protect citizens from the threats arising from these same change scenarios and to try to convert the future into something more predictable and governable. To enter determinedly into the field of innovation and play both for the defence and the attack, that is the challenge that, match after match, public governance of the exponential era will have to face.