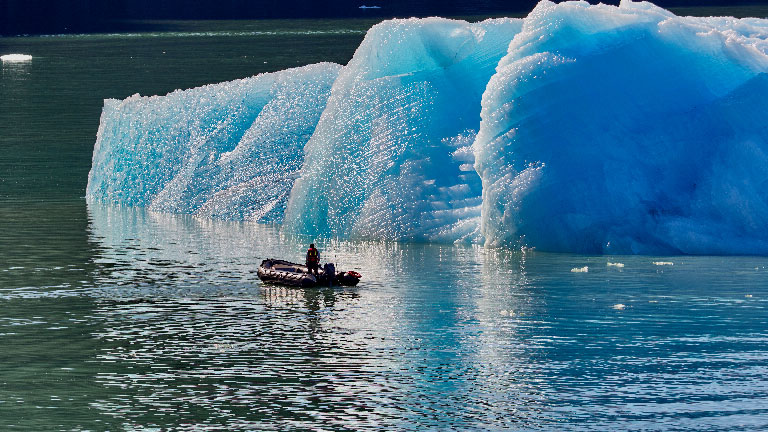 Fifty years ago, when I was in high school and my science teacher asked me whether the amount of carbon in the atmosphere was a constant, the answer should have been yes. Fifty years later, that is no longer the case.

The amount of carbon in the atmosphere is increasing year after year due to greenhouse gas emissions that absorb the planet’s thermal radiation and are inexorably heating its four components: atmosphere, hydrosphere, biosphere and lithosphere. This has entailed a generalised change in the climate, the so-called climate change.

In the last few decades we have upended a process that has kept the planet in balance for thousands of years – the energy balance, which generally means the same energy that enters the Earth leaves it, a process without which the success of the human species on the planet cannot be explained.

In the early eighties, the science of climate change was already quite clear and it was known that the planet was warming. Perhaps what we weren’t clear about was why. Perhaps there wasn’t much concern because these weren’t big changes and the general consensus was that technology would provide an easy answer to any possible future consequences.

In the early eighties, it was known that the planet was warming but the possible future consequences were not contemplated

No one was particularly afraid and other concerns soon appeared on the horizon. Burning fossil fuels was the basis of human well-being and economic prosperity, as it lowered costs and spurred progress; the possible future consequences or external factors were not contemplated.

We could have solved the problem then, but no priority was given and its possible consequences were not properly measured.

Twenty years later, many scientists had hard data on carbon concentrations in the atmosphere and could project these into the future in climate models. It was (and is) easy to see it with a simple spreadsheet, the data was public. A steady increase of carbon levels in the atmosphere was projected year after year.

The United Nations set up a conference to put solutions on the table (the United Nations Framework Convention of Climate Change) and an international panel of scientists was created to study the problem and issue recommendations.

A basic objective was established: the “stabilisation of greenhouse gas concentrations in the atmosphere at a level that would prevent dangerous anthropogenic interference with the climate system.” Later, science laid out the numbers: keeping the global temperature increase below 2ºC (which was linked to a concentration of greenhouse gases in the atmosphere no higher than 450ppm – parts per million), with an ideal goal of not surpassing 1.5ºC.

The first international global agreement was signed, the Kyoto Protocol. While not solving practically anything, at least it contributed to raising awareness. Finally, in 2015, we signed a broader and more global accord, the Paris Agreement, hoping to tackle the problem in earnest.

Now comes more recent bad news. Even within the Paris Agreement, the climate policies of signatory states defined until 2025 do not solve the problem. At the moment, pending new developments from the COP25 summit of Chile-Madrid, a radical change is not expected either for the five years following 2025.

In these circumstances, the climate models predict that we will be crossing the 1.5ºC threshold for the Earth’s warming in 2030 and we will also be reaching 450 ppm (now 412 ppm and rising at a rate of 2.4 ppm per year with an upward trend).

If we surpass 450 ppm in 2030, we will project a future in which between 2040-2045 we would cross the 2ºC threshold of global warming. This would expose humankind to very serious health and safety challenges, and would also have critical consequences for the biosphere and future economic growth. These forecasts caused Europe to declare, a few weeks ago, a state of climate emergency.

But, enough of the bad news. Let’s be positive. We have to create a new future and decidedly create this future now. Not acting or letting another decade go by would only worsen the problem. Enough denial and doubting.

We need a change in the current techno-economic model. We are entering the fourth industrial revolution, a transition to new productive processes with a highly technological and digital component. This revolution in technological innovation must go hand in hand with finding solutions to the degradation of the planet’s systemic processes, such as the Earth's energy balance, among others.

To paraphrase the energy company Enel, the future will be based not only on innovation, but on innovation and sustainability, which has been called “innovability."

In this future, we must be capable of increasing social well-being and economic prosperity whilst maintaining the resilience of the systemic processes of planet Earth. We must remember that climate change, despite the fact it now appears to be the big problem, is not the planet’s only environmental issue.

While governments provide the necessary policy framework, the real solutions must come from business

A former secretary of the UNFCCC, Yvo de Boer, once said: “I have always maintained that, while governments provide the necessary policy framework, the real solutions must come from business." I could not agree more, as solutions today are coming out of large corporations and it is here where we must act, and as soon as possible; waiting for society to demand this change based on new public policies would be to wait too long.

In this sense, we are seeing some signs of hope and much-needed “CEO-activism”. Last week a large group of American businesspeople launched a memorandum called Joint Labor Union and CEO Statement on the Paris Agreement which demanded the need to find solutions to climate change and redefine the purpose of large corporations to tackle today’s socio-ecological challenges.

Re-establishing the energy balance is part of the foundations of the Paris Agreement. As far as companies are concerned, it is no longer enough to reduce our carbon footprint. We must do so in accordance to the values set out in the agreement, which involve drastic, disruptive reductions.

Companies must also develop new logic systems to respond to market needs. They need to radically change the way they do business throughout the entire value chain, rethink their relationship with consumers and improve waste management beyond the standards required.

If we do not act to remedy climate change, we may put humankind on the verge of collapse

Companies must implement “innovability” in their products and services, as well as transform their business models, taking into account that some of these models, which today might seem important, may be questioned or ought to be phased out.

Finally, all this (radical reductions to stabilise global processes, working in value chains or innovability processes) cannot be done unless collaboration agreements are reached to ensure that industries are ultimately eco-effective. This must be the century of collaboration.

Climate change is already a reality and has three basic and inherent aspects: it is a global change (there is no place on Earth where it has not been noticed); it is a persistent change (it has come to stay and will stay with us for decades); and it is an uncertain change (it generates much uncertainty as it is something we have never experienced).

If we do not act to remedy climate change, we may put humankind on the verge of collapse. If we do act, we can build a new and better future. Climate change will expose us to great risks, but it also offers us the opportunity for worldwide collaboration between societies in search of a common goal, and that too we must see as a value in itself.