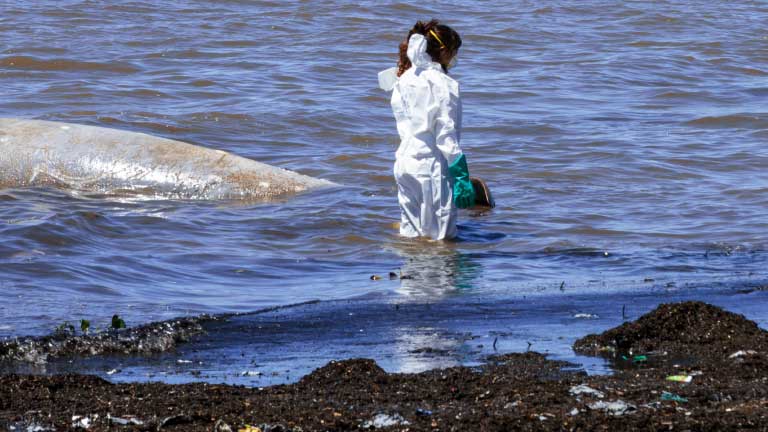 Mario Picazo: "If climate scientists had Greta Thunberg's influence, we would boost our global impact"

Climate change will have devastating consequences for the planet.

Mario Picazo, an expert in meteorology and climate change at the University of California (UCLA), The Weather Network and Eltiempo.es warns of the ecological risks of climate change and the need to give scientists a greater voice to boost our global impact in the fight against climate change.

Do Better: How is the weather changing due to global warming?

Mario Picazo: We live on an increasingly more energetic planet due to the build-up of greenhouse gases. Unfortunately, this energy overload is generating weather anomalies all over the globe. There are clear signs of climate change, such as sudden heatwaves and severe cold snaps.

Rainfall and hurricanes are also becoming more intense, with a greater impact. Droughts, which are also more devastating, are exacerbating the intensity of forest fires. These are all clear signals that weather anomalies are speeding up and the weather is becoming increasingly extreme.

What can we expect in the coming years if urgent measures aren't taken against climate change?

Some meteorological consequences are more difficult to predict, especially the dynamic ones, such as storms, hurricanes and tornadoes. In the coming years, episodes of heat and cold will become much more intense and prolonged. We will see, for instance, how the polar vortex encroaches into North America and parts of Europe. In the Mediterranean, we may also come to have what we call “medicanes,” very deep, hurricane-like storms. These phenomena will become the norm if we don't start to take measures to prevent the temperature limit reaching a tipping point.

Weather anomalies are speeding up and the weather is increasingly extreme

On the other hand, the ice caps will continue to melt at an even greater rate than we are predicting now because the parameters are adjusted every year – we are seeing that what we calculated last year was not what we had previously predicted. This acceleration could make the thawing even faster than expected, which would lead to an even more rapid increase in sea levels, more intense hurricanes and storm surges.

Climate migrations are already occurring in many parts of the world due to either droughts, floods, or the rising sea levels... I'm afraid these migrations are going to become commonplace this century. The consequences will be devastating for the planet's coastal areas, where there is a greater concentration of population.

Climate migrations are already occurring in many parts of the world

What is your opinion on climate change due to human activity?

There has always been climate change on the planet: temperature fluctuations, greenhouse gas concentrations, melting of glaciers... These are phenomena which form part of the planet's natural cycle and which are conditioned by external effects, such as the sun or the inclination of the Earth's axis.

But our human footprint, population growth and consumption levels have increased climate change at an unprecedented rate. The concentration of carbon dioxide in the atmosphere has reached a record of 415 ppm, for the first time in 3 million years. We are facing an anthropogenic climate change: a large part of the climate crisis is down to humans.

I would love to be positive, but no matter how you look at it, the future that awaits us is dramatic. There are academics at the University of California who tell me how the reality of climate change is accelerating and exceeding their calculations. This acceleration is frightening. Sometimes I feel that we have to be more alarmist, so that people genuinely get off their seat and get moving. Otherwise, we will never manage to do even a fifth of what we have to do to save the planet.

What is your opinion of the younger generations and activists such as Greta Thunberg and their role in climate change?

Young people know that they will have to live on a planet very different from the one we have had and they are entitled to raise their voices to get action taken. Young people are much more aware and, in many cases, much more active than us older people from generations which barely spoke about climate change.

Having climate activists such as Greta Thunberg is highly positive, because her figure and influence can help in many aspects in the fight against climate change. What makes me sad is that there are other more important figures, such as scientists, who are carrying out research every day and putting invaluable information on the table, and who should have the same voice and influence as Greta. It would be extremely positive to have leading scientists produce such intense impact at all levels.

Greta's role is important because she knows how to inspire young people and ensure that her message reaches the new generations. But we should not lose sight of the fact that it is the scientists who can really help us in this crisis and, unfortunately, they do not have the same voice as she does. We should have researchers on this level who could move the masses in the same way as Greta does. If we achieved this, we would no doubt have a more global impact in the crisis against climate change.