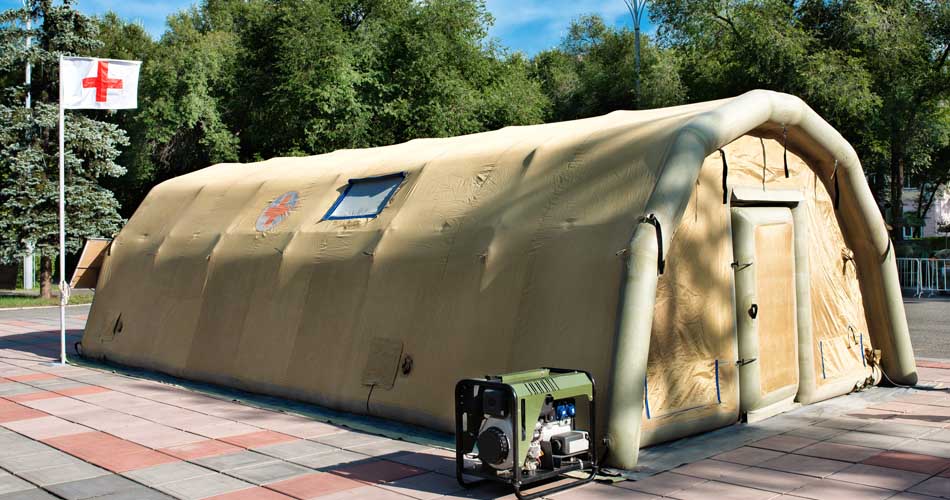 Covid-19: a new threat to European security and defence

Europe has been hit by the most serious public health crisis of the last 100 years: the Covid-19 pandemic. Declared a pandemic by the World Health Organisation (WHO) in early 2020, this disease has left European nations and economies on hold. At the time of writing, the true consequences of this tragedy, which has wreaked havoc across the continent, are still unknown.

Security and defence, as well as the arms industry and policies aimed at developing the European security system, will be affected. A strong shock to development trends in the sector is also expected.

Although it is difficult to predict the general impact of the coronavirus crisis on European security, studying the role played by some of the key organisations involved – NATO, the EU, and the national armed forces – can give us some indications about a possible near future.

Josep Borrell, the High Representative of the Union for Foreign Affairs and Security Policy and a Vice-President of the European Commission, recently reminded us that: "Big events only accelerate the pace of history; they do not turn it 360 degrees." This crisis will therefore deepen the problems existing before the pandemic. For all these organisations, Covid-19 has created what is probably the most serious crisis in decades.

Among the many difficulties that the crisis may present, three stand out:

Firstly, it is expected that security and defence will lose priority and receive less funding from individual states and international organisations. The crisis revealed major gaps in national health and protection systems; and pandemics and contagious diseases are expected to remain major threats because of globalisation and environmental damage – among other trends. As a result, governments are expected to concentrate on strengthening their health and prevention services, and reviving their devastated societies and economies.

Post-crisis economic projections offer bad news for most every sector, and security and defence were already weakened by geopolitical tensions prior to the pandemic.

Neither in international forums, nor in national parliaments, will it be easy to commit 2% of GDP to military budgets. It will be difficult to meet the commitments already made, which is why it will be even harder to allocate new funds to security and defence.

We can expect an increase in new hospitals, and the tools for prevention and preparation – but defence ambitions that require investment by EU or NATO members will not be at the front of the queue. If obtaining resources was difficult in the past, the pressure will only increase because of objections to allocating funds to defence that could be spent on health.

Secondly, the discussion on the need to redefine what is meant by "security" may be revived. In the context of the current health crisis, several voices are proposing a new definition for the term. This is to be expected given that the enormous threat we currently face is not wholly covered by the definition of "security" (which is based on the military aspects).

Although there have been many references – especially in the media – to the "war against the virus" it is obvious that traditional military equipment is ineffective in responding to this crisis. The main areas from which solutions to this pandemic will be found are health and public health rather than security and defence. Multilateralism and international cooperation have much to contribute, and it is organisations dedicated to health and medicine (with the WHO playing a central role) that have provided the answers.

Nevertheless, it should be remembered that biosecurity fits squarely within the concept of military security, and is perfectly covered by the parameters of the fight against the non-proliferation of nuclear, biological, and chemical weapons (NBC) as established by NATO.

NBC defence is part of the mandate of the Atlantic Alliance and national armies, but as Covid-19 is not an intentional biological attack, political-military alliances such as NATO, the EU's security and defence mechanisms, and national armed forces, have become mere assistants in the fight against the virus.

Virtually all EU states have used their armed forces to build hospitals, provide shelters, distribute food, evacuate and repatriate citizens, and transport medical supplies and protective equipment. NATO has also assisted allies and partners with its Euro-Atlantic Disaster Response Coordination Centre and its Rapid Air Mobility initiatives to transport essential equipment and supplies. All of these are fundamental and worthwhile tasks in the service of the health and well-being of society, but at the same time, far from the battlefield context on which the military is assumed.

Since tanks are ineffective against the virus, this crisis may contribute to the expansion of that broader notion of "security" which includes the human dimension of the term, refers directly to resilience and which always considers the civilian dimension. This is already the case in organisations such as the EU or the Organization for Security and Co-operation in Europe (OSCE) – regardless of the origin of the threat and the sector from which a solution is sought.

The third and final highlighted aspect is possibly the most worrying for international organisations: a questioning by – perhaps large – sectors of society of the value of multilateralism and international cooperation. This argument works against the project of European integration, rather than against NATO. The latter has a well-defined mandate and the three pillars on which it rests – collective defence, crisis management, and cooperative security – are less affected by the coronavirus.

The threats that NATO was created to tackle remain – and continue to be addressed with the mandate set out in the Washington Treaty (although some may question the high costs of maintaining such a military alliance if it proves powerless when faced with a lethal non-military threat).

The supposed lack of solidarity cannot be attributed to the EU, which, it should be remembered, has no competence in the field of health

However, such questioning and a lack of confidence in multilateral cooperation can impact on EU institutions. This is paradoxical, since the added value of the EU as a security provider could have been shown by putting into practice its comprehensive approach that is based on civilian organisations and emphasises prevention and planning. This approach is much broader than a merely military response.

Nevertheless, in practice, the initial reaction to the spreading pandemic was uncoordinated, unequal, and perceived in many states as lacking in solidarity.

This supposed lack of solidarity cannot be attributed to the EU, which, it should be remembered, has no competence in the field of health, and such attitudes are therefore the responsibility of certain EU member states. The EU later tried to rectify the damage caused by the initial lack of response.

Over the past few months, the EU has been doing what falls in its scope and offering proposals within the frameworks of the Commission, the European Central Bank, and even the European Council. Indeed, the recent agreement of the European Council under which member states are jointly mobilising vast economic resources for the benefit of those nations most affected by the pandemic, shows a clear commitment to solidarity and the continuity of the process of European integration.