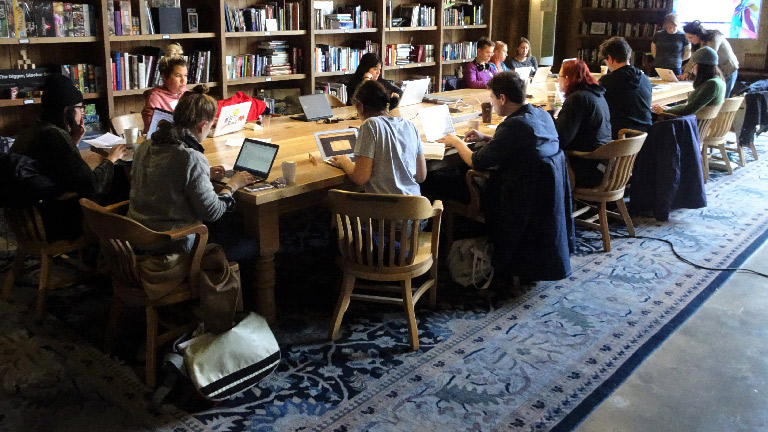 Reward-based crowdfunding has become a keystone of entrepreneurship. Over the last 10 years, hundreds of thousands of creative projects including tech products, apps, games, movies and music have been launched thanks to over $10 billion of funds pledged by more than 75 million backers. Funding platforms such as GoFundMe, Indiegogo and Kickstarter have become household names.

In theory, it is a win-win-win situation: makers get access to cash, platforms take a cut, and customers who support projects gain early access, discounted prices, or other rewards. In many cases, this is undoubtedly true, which is why the platforms continue to be successful.

However, research by Esade Professor Daniel Blaseg, Christian Schulze from Frankfurt School of Finance & Management, and Bernd Skiera from Goethe University Frankfurt suggests that some backers on Kickstarter are not receiving what they believe they are signing up for. They have highlighted serious concerns about price advertising claims (PACs), a form of advertising used in the sale of products and crowdfunding campaigns whereby current prices are compared with a suggested reference price such as former and later prices, retail prices, or suggested prices by manufacturers.

Campaigns using PACs in crowdfunding promise that backers will gain access to a product for less than the eventual retail or manufacturer's suggested price. For example, a campaign might advertise a product as "Only $80! 50% off the price in stores." But according to Blaseg et al., 75% of Kickstarter PAC campaigns did not provide the promised discounts.

Even worse, "In almost 50% of all cases, backers who were promised a discount even paid more, not less, than the retail price." In other words, the backer in the example above might see the product later go on sale for less than $160 – or even for less than $80.

The problems with PACs are not restricted to crowdfunding platforms. Retail regulators around the world have recognised and responded to broken PAC promises.

In almost 50% of all cases, backers who were promised a discount even paid more, not less, than the retail price

In the US, for example, the Federal Trade Commission (FTC), which protects consumer rights, has introduced guidelines that define when a PAC is deceptive and compel sellers to meet their pricing promises. Blaseg and his co-authors cite the example of retailer J.C. Penney, who ended up paying $50 million in settlement money as a result of a class action lawsuit based on unfulfilled PAC promises.

"I feel cheated and lied to"

But in the world of crowdfunding, PAC regulation has not yet been enforced and widespread anecdotal evidence points to a potential problem. When Blaseg et al. began to analyse comments, complaints and reviews, they discovered customer sentiments such as "I feel cheated and lied to. They promised [a] retail price [of] no less than $9 after Kickstarter but you can buy them on their website for $5. I thought Kickstarters were getting a special deal."

It led them to compile a large dataset comprising almost 35,000 Kickstarter campaigns, as well as the histories of more than 400,000 backers, covering a six-year period. Information from over four million consumer comments was also included.

1. Is there a substantial problem with broken PAC promises on Kickstarter?

The evidence revealed the startling fact that more than 75% of people who fund campaigns that use PACs on Kickstarter do not receive the promised discounts. "Products from PAC campaigns that are later offered to the public on average command a retail price upon product launch that is $45.72 lower than promised by the Kickstarter campaign (the average promised price in these campaigns is $137.34)," write Blaseg and his co-authors.

But the issues do not end there: in almost half of all cases, the retail price is even lower than what backers paid on Kickstarter. Campaigns using PACs were also more likely to fail to deliver the product, suffer delays or deliver lower-quality products.

Consumers not only care, they vote with their feet. Broken PAC promises also break consumers' trust in Kickstarter: those who experience them are significantly less likely to fund another campaign. They are also more likely to complain to regulators or post negative online comments.

3. Did consumers learn to avoid the problem?

The problem was persistent across more than six years of data and there was no evidence that people learnt to avoid it individually or collectively. "All else equal, campaigns that use (vs. do not use) PACs on Kickstarter do not experience a relative decrease in funding likelihood over time," say Blaseg et al.

4. Did campaign managers take actions to solve the problem?

Quite simply, no. Only 0.04% of campaigns offered money-back guarantees or warranties. The industry has not adopted a code of conduct and there is, say Blaseg et al., "no discernible sign of self-regulation by campaign managers."

5. Did Kickstarter take actions to solve the problem?

Given the widespread negative customer sentiment that broken PAC promises generate, Kickstarter might be expected to make addressing this issue a priority. But of the seven major policy updates that it introduced between its 2009 launch and the end of 2016, only two serve to protect customers; the other five protect the platform itself. Neither of the two aimed at customers shows any sign of having a positive effect on damage from PAC campaigns.

As it stands, Kickstarter backers are not protected by regulation pertaining to price advertising claims. Although the study by Blaseg et al. does not cover other platforms such as Indiegogo (Kickstarter’s biggest competitor), it notes that "it seems likely that many consumers beyond those identified in our study have experienced economic injury from broken PAC promises on [other] crowdfunding platforms."

Importantly, the study found no evidence of bad intentions by campaign managers. In other words, they may not mean to break promises, but are driven to deviate from anticipated pricing by different-than-anticipated circumstances. Nevertheless, this offers scant comfort for customers.

The problem is not going to go away by itself. As change does not happen automatically, but relies on outside regulatory intervention, it may be time for consumer-protection agencies to take a closer look at the issue of crowdfunding PACs.