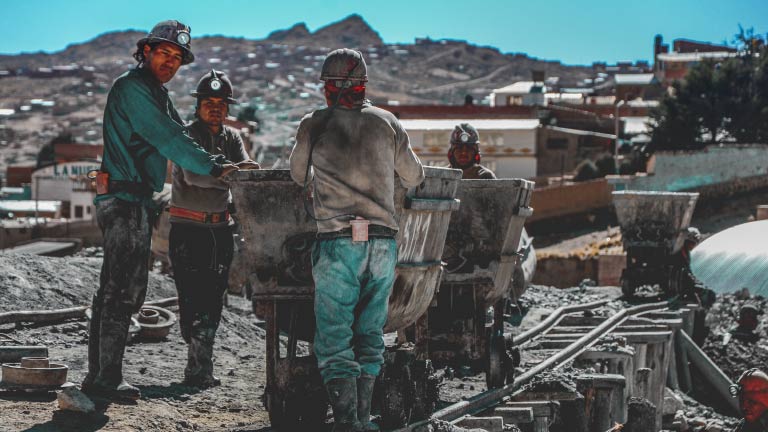 The dark side of business models

Business models can transform social reality – sometimes to an extreme. Even when business models are designed to improve economic, environmental and social value, our research in the Journal of Business Ethics suggests that such transformations can be either positive or negative (or both).

While most studies have focused primarily on the positive transformational impacts of business models, scholars have only recently begun to examine the negative ones.

Our research suggests that there are two categories of business models with pernicious effects:

1. Business models for oppression or depletion

Business models for oppression or depletion are designed to strengthen patterns, norms and power structures that marginalise the poor, or to deplete and exploit particular communities or resources.

This category includes firms that extract and deplete scarce natural resources such as forests, water and iron for aluminium, and precious or rare resources such as "blood diamonds" in various parts of the world.

Despite being universally condemned, various forms of slavery remain a growing management practice for many enterprises

These business models offer high profits and seem to constitute important elements of the supply chain of well-known industries. But even if some of these elements are illegal, they are unlikely to be detected.

In our fieldwork in Buenos Aires, we encountered first-hand the human consequences of business models for oppression. Take, for example, Ariel, a strong 21-year-old man from Bolivia. Like many others in his hometown, he was tricked into slavery by a fake ad on a local radio station promising a job offer in Buenos Aires. He was forced to work more than 15 hours per day and was repeatedly beaten violently. It took him about two years to escape.

Despite being universally condemned, various forms of slavery remain a viable and growing management practice for many enterprises.

Another pernicious business model is based on exclusion. Business models designed to address specific problems can inadvertently exclude some of the stakeholders they aim to positively impact.

One example is the soccer ball industry in Pakistan. Despite the industry's well-intentioned and orchestrated attempts to eliminate the bane of child labour, these efforts have reinforced situations of deprivation – the very problems they set out to address. The consequence was that women stitchers had to drop out of the workforce, plunging their families into deeper poverty.

A large number of microcredit-based programs have also failed to reach out to the poorest. In our research, we encountered some of these exclusionary effects. One example is the case of Latifa, a young lady from Bangladesh who was deserted by her husband and was living precariously with her children. When she tried to contact credit officers, she was told that a microcredit was not for her because it would be difficult for her to repay the loan on time.

These models, with their strict repayment dates, rigid savings schemes and inflexible rules, create emotional, cognitive and behavioural barriers for women like Latifa, who are afraid to ask for loans.

In the case of business models for oppression or depletion, the impacts are intended and hence morally unacceptable to most.

With exclusionary business models, however, the negative impacts are often unexpected and unintended. Therefore, these impacts can often be attributed to a limited understanding of the nature of the problem being addressed or a failure to further explore it. As a result, such business models are also morally questionable endeavours.

We argue that the following four elements can contribute to transformational business models designed to tackle society's greatest challenges:

One element that can contribute to transformational business models is engaging in co-creation to embrace stakeholders other than the usual ones. Engaging stakeholders is a demanding task because major challenges involve a diverse range of actors who are likely to hold opposing perspectives.

Building a participatory architecture means setting up spaces for negotiation and interaction among stakeholders with different power positions and resources. Organisations that want to implement positive transformational business models should embrace this task and make it a central challenge.

It is essential to combine opposing perspectives in order to better understand the nature of the existing problems and how to tackle them.

A study on climate change provided an example of a failure to develop multiple perspectives. The study demonstrated that the Kyoto Protocol failed precisely because it offered a single way of perceiving the problem of climate change rather that combining opposing perspectives to get a broader vision of the problem.

A third element in designing business models for positive transformation is scaffolding. This is the practice of building structures adapted to the local social system when implementing solutions to major challenges.

This approach makes it necessary to focus on how local realities make alternative realities unthinkable, even for those who are likely to benefit from change. For instance, when a woman we met in Bangladesh was asked by a credit officer to go to the market to sell her products, she responded with shock: "How can I go to the market? I'm a woman!"

Such words and reactions show how, despite efforts to create platforms to empower men and women, the existing social conventions are so deeply ingrained that it is difficult for people to see any alternatives for themselves.

A fourth element to be considered when implementing business models to tackle major challenges is proximity, understood as a caring concern for the other. When managers and leaders fail to adopt ethical concern for others, the consequences might explain firms' unwillingness to contribute to the advancement of society.

Managers are more likely to care about the other when they go out into the world and observe the actual experiences of, for instance, women living in extreme poverty, schoolteachers and children, health workers in war-torn regions, and smallholder farmers.

Seeing first-hand how these people improvise their way through daily life can motivate leaders to take this reality seriously into account when implementing business models that can transform society for the better.